Potterheads should include this ridiculous card game in their prized Harry Potter collection. A group of Harry Potter fans created a new version of Cards Against Humanity depicting J.K. Rowling’s famous novel – the so-called “Card Against Muggles.”

The Cards Against Muggles is patterned on the infamous card game, Cards Against Humanity. It is full of hilarity just like the original version. In each round, a player says a question or incomplete phrase from a black card and every player answers with their funniest white card.

The Cards Against Muggle is composed of more than 1,300 cards. 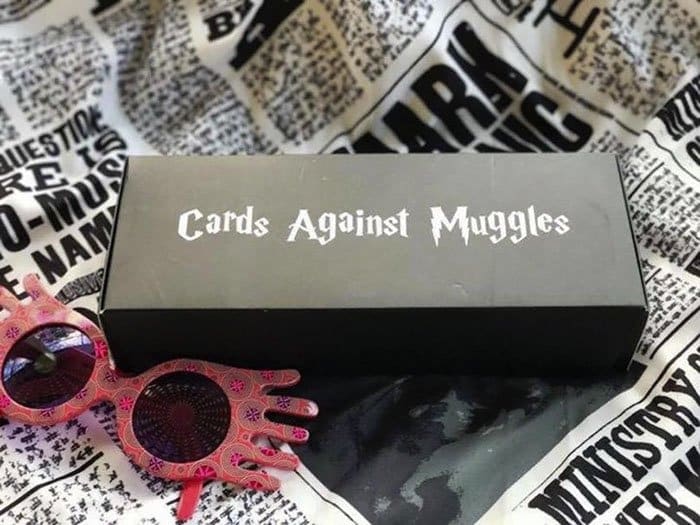 It guarantees hours of laughs. However, a caution for everyone: – this game is for ADULTS only! 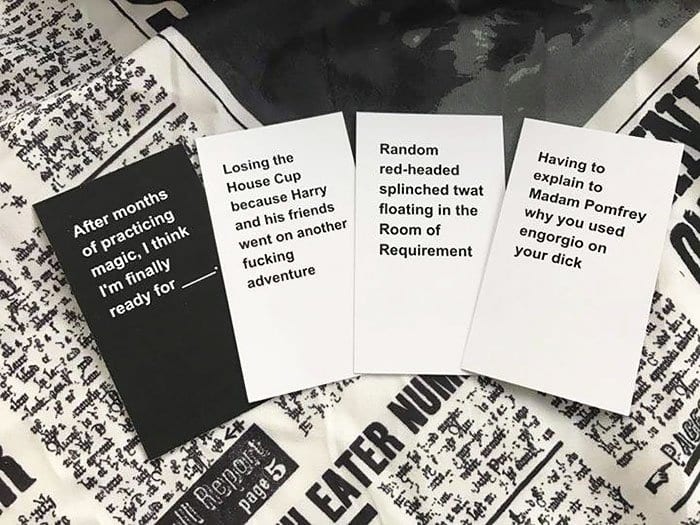 Similar to the Cards Against Humanity game, it includes a lot of NSWF topics but with a Harry Potter twist.

Some Potterheads shared their funny combinations on social media:

The new definition of Hogwarts. 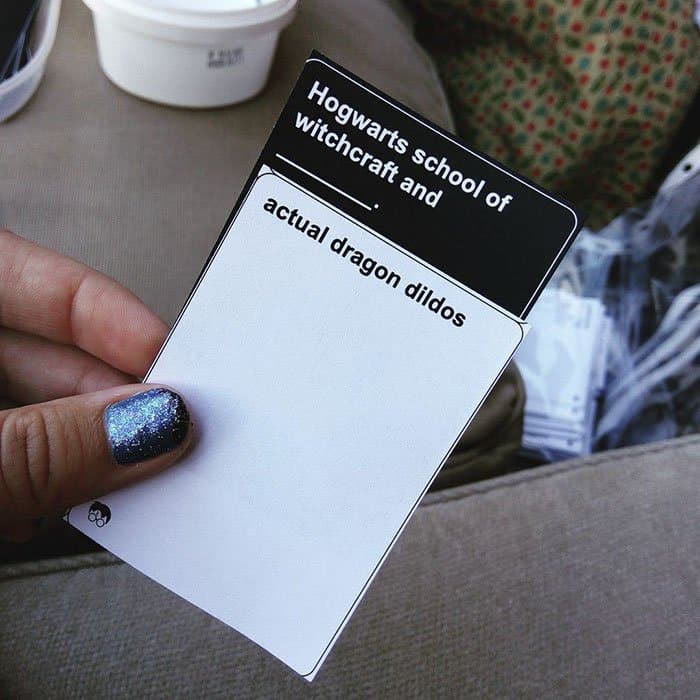 Now we know what really happened to that missing nose. 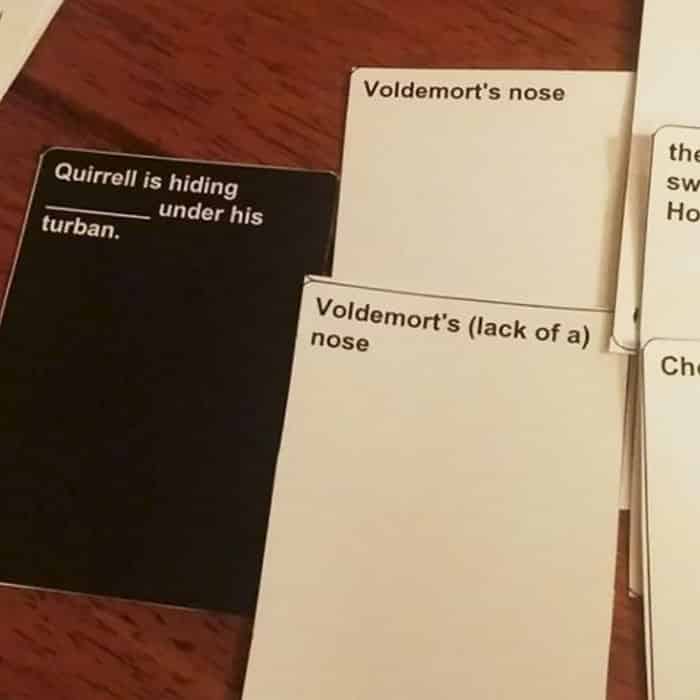 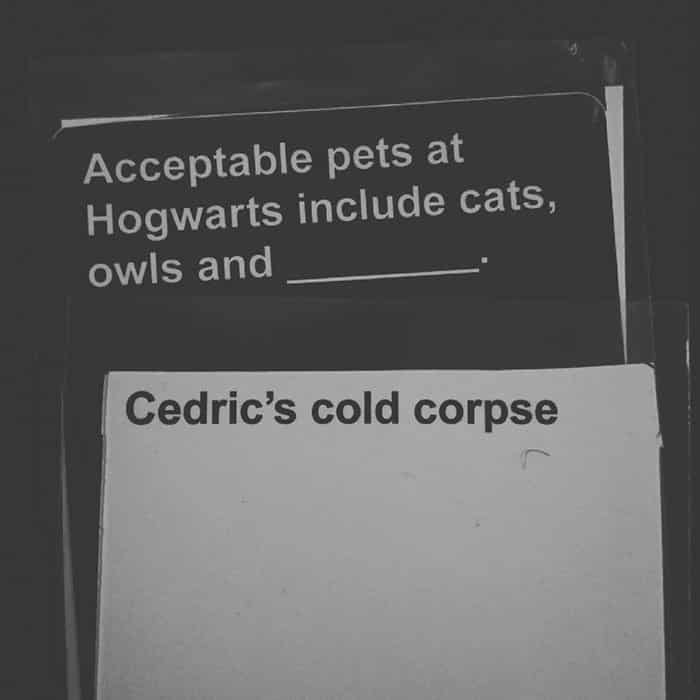 We have a new love team! 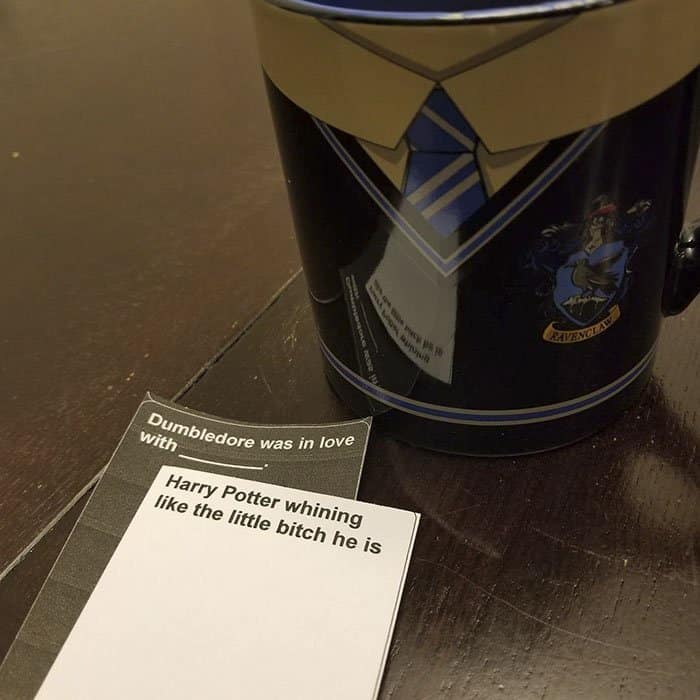 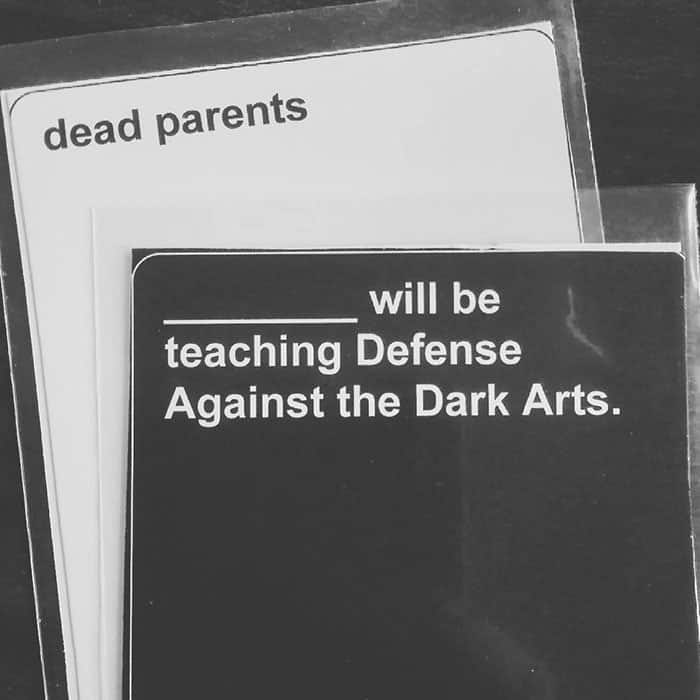 But the good news is, a printable copy of Cards Against Muggles is available online. 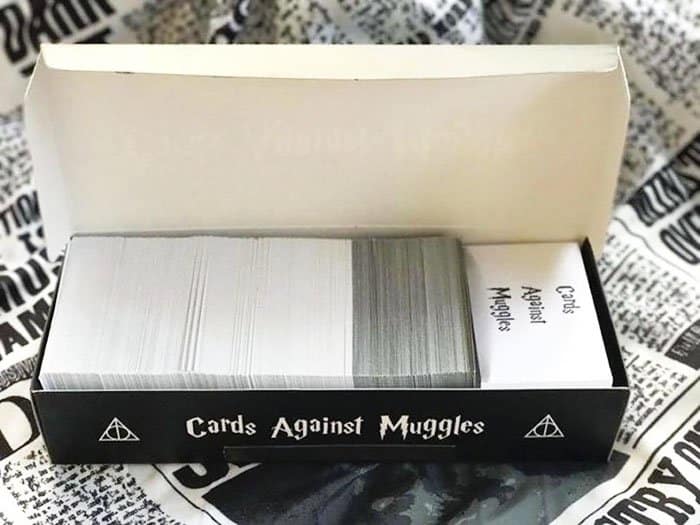 The game is released only as a download (no physical version) for $19.95. It is composed of 3 PDF files with over 150 pages. Each page contains 9 cards with size and template similar as those in Card Against Humanity. Meanwhile, the users will then have to print the cards themselves on their chosen paper type. You can buy a full version of the game here.