Contrary to common opinion, it takes more than using a fancy camera to produce a great photograph.

For the most part, it takes a lot of talent and effort to come up with catchy and memorable shots. Actually, there are even some instances when a photographer literally has to step outside his or her comfort zone and do something insane just to get that effective photo. Case in point, this photographer from Japan personally had to do some belly flops just to create the needed effect for his photo. Known on Twitter by his handle snowfairy88, this clever photographer chose to jump in a pool to achieve a splashing background effect for his model.

The result, as you can guess, is both impressive and hilarious. Personally, I can’t help but admire the dedication.

Japanese photographer snowfairy88 can be seen in the background, preparing to take the leap. 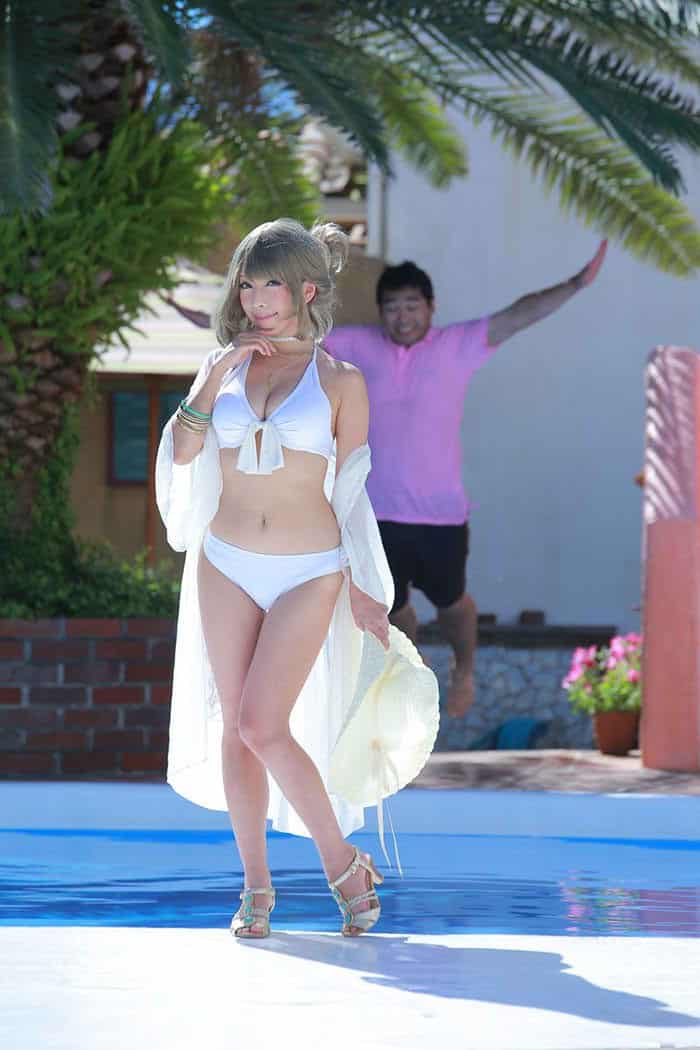 He does the belly flop as the model gamely poses for a shot. 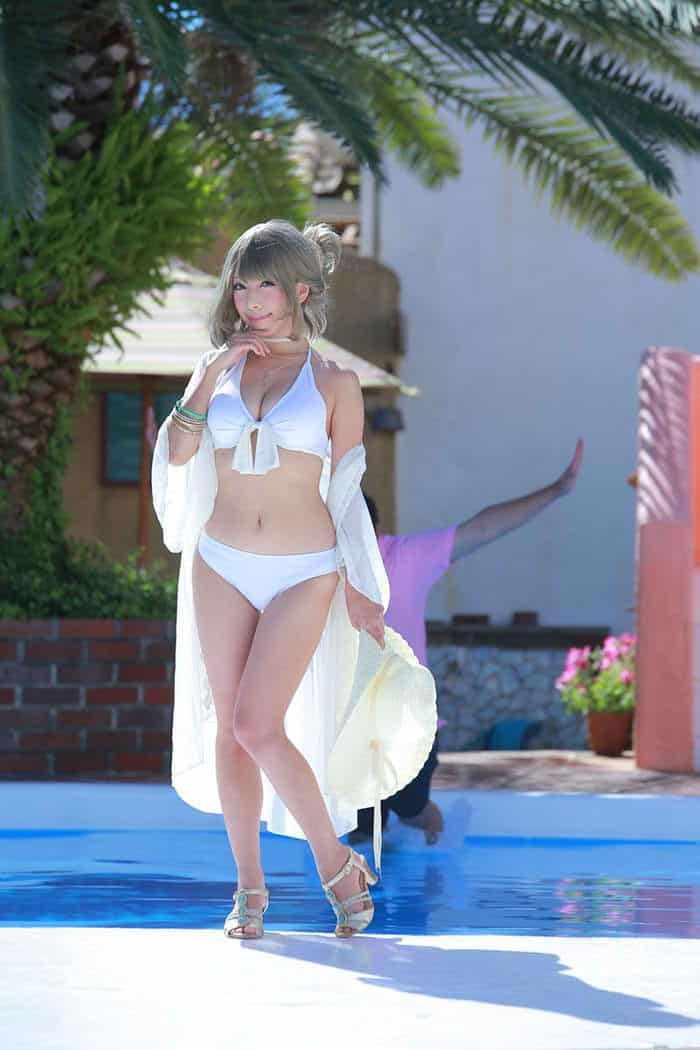 He later hits the water and… 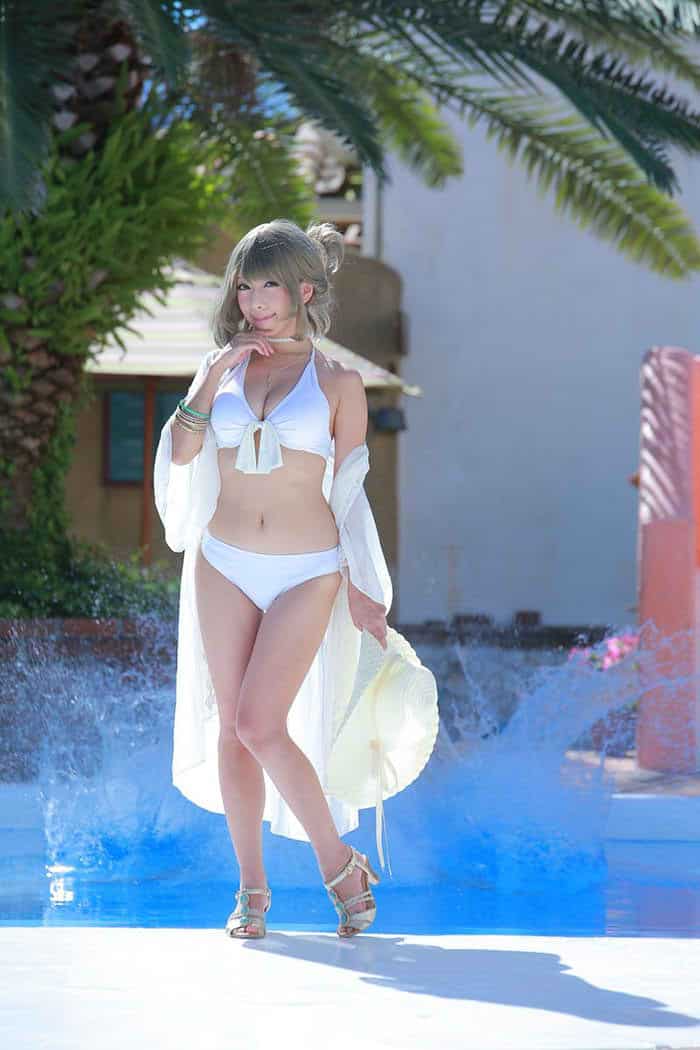 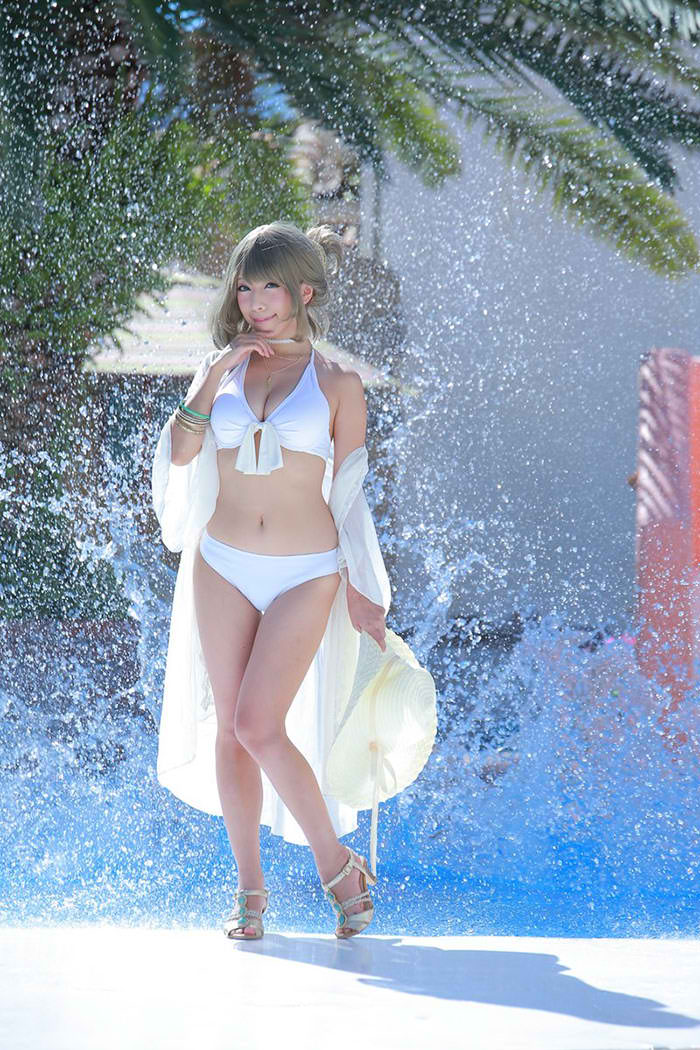 Perhaps unsurprisingly, the photos and video attracted a lot of attention online. Everyone was totally blown away with snowfairy88’s unusual approach to photography.

We did a little digging though and we found out that this actually wasn’t the first time he utilized his unorthodox technique. Back in 2014, he also did a belly flop to make epic splashes for his model. 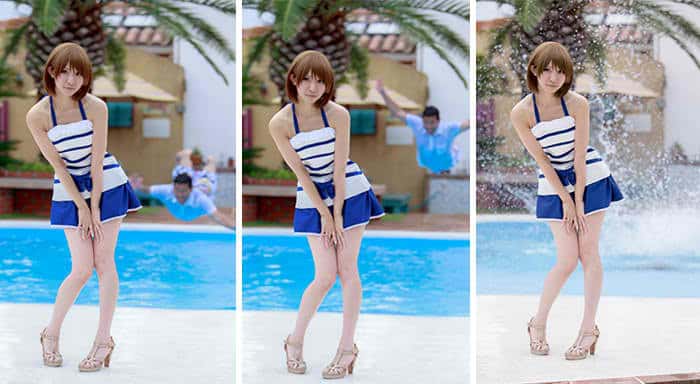 Well, it looks like he got better and better with practice.