Remember that time when some random dude insulted you online? Did you ever feel like you want to punch that person in the face? Well, that’s exactly what one Call of Duty player did – although things didn’t actually end up well for him in the long run.

During the course of playing the game, one player – let’s call him Guy #1 – was insulted by another gamer, Guy #2, and he got really mad about it. As if that was not enough, Guy #2 even had the gall to tell Guy #1 the exact location of the internet café where he was in. 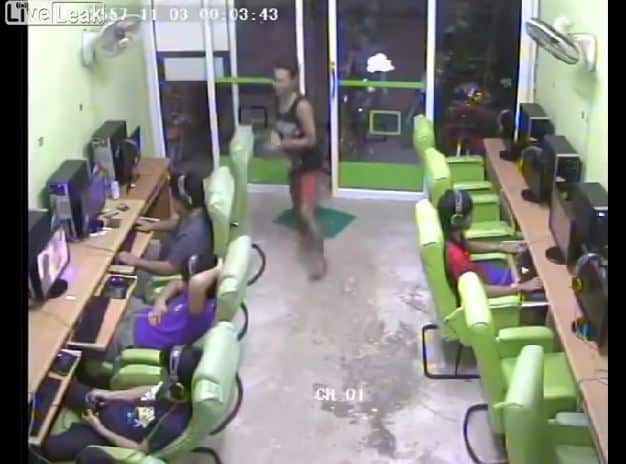 … and gave him a suckerpunch on the face! 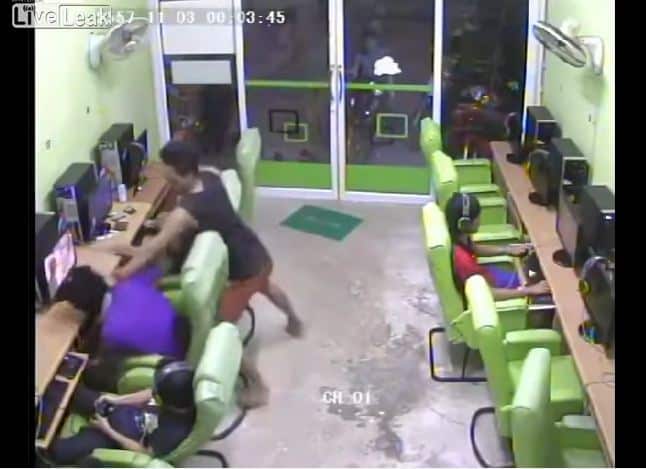 It must feel pretty satisfying to give an online troll some real-life beating, right? Well…

Plot twist: Guy #2 was fairly much larger than Guy #1 and gave him a good fight. 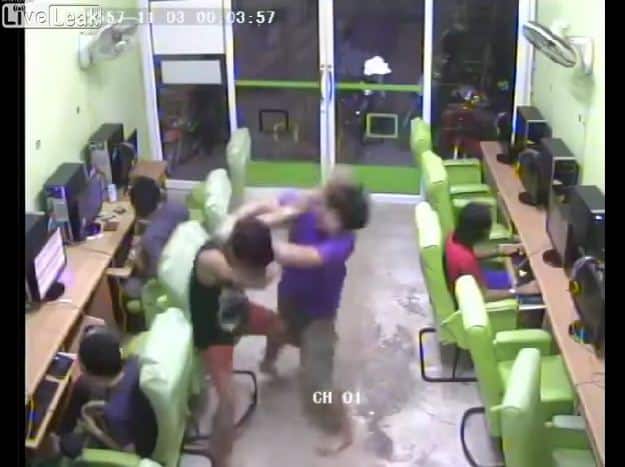 Guy #2 got up his chair and a brawl ensued between the two players. And man! Things went really, really insane!

You can watch how it all went down here:

So yes, Guy #1 got attacked online and got really pissed off about it that he decided to march down Guy #2’s location only to end up having his ass handed to him the second time around.

As for the rest of the other gamers, it’s actually kinda fascinating how they remained totally unfazed by the fight happening in the lounge. Seriously, they were simply glued to their monitors and continued playing. It looks like they were either bored, didn’t care, or were under some sort of spell!

Anyway, may this be a lesson not to take video games too seriously. Also, if you get into an online fight, it’s probably better not to give your address. What if your enemy suddenly showed up with a gun or something, right?