It may not be the healthiest of food but kids will always love chocolates. Heck, we can’t blame them! Even us, adults, consider chocos as our guilty pleasure and we munch on them whenever we get the chance.

One father, however, was shocked to discover something ‘nasty’ about Cadbury’s special Santa Claus-shaped Christmas chocolate. 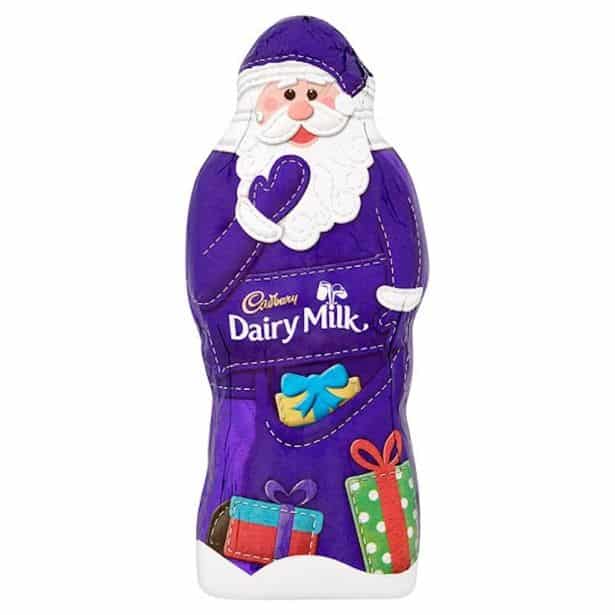 Col Talbot of Liverpool recently took it to Twitter to share a photo of his 2-year-old son holding the said chocolate. This was the point when the father realized the product didn’t look like Santa at all once unwrapped. In fact it looked like something else entirely!

Well, see for yourself and tell us what you think: 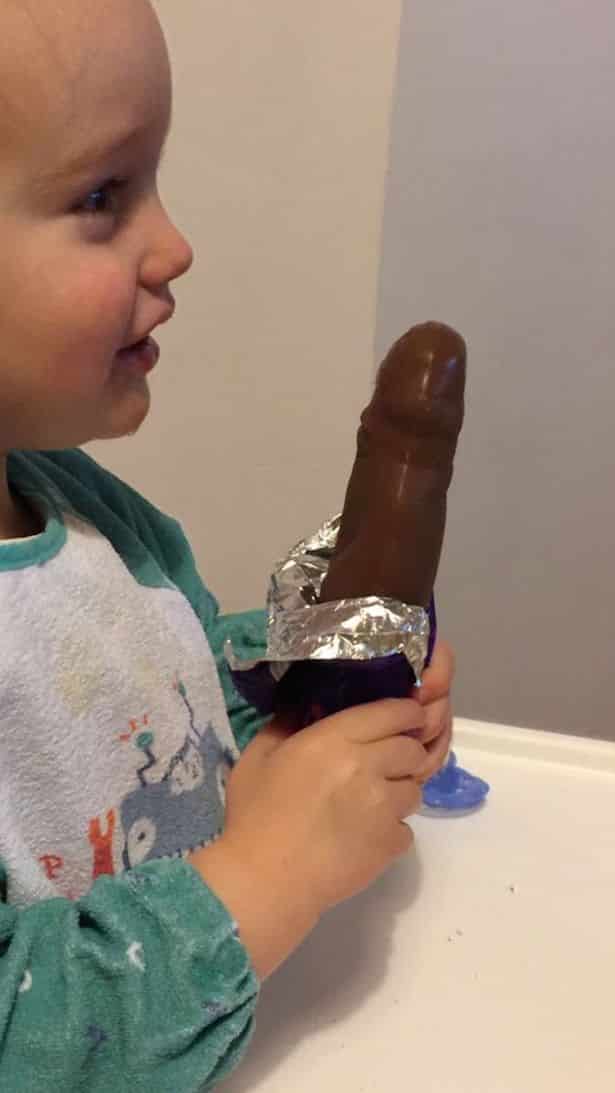 The dad eventually tweeted the photo to Cadbury and wrote:

The tweet immediately went viral as it prompted laughter from amused netizens who enthusiastically retweeted, liked, and commented on the said photo.

In an interview with Mirror Online, Col said:

“I didn’t even realise until I had taken the picture. In fairness, from the front it’s a perfect Father Christmas. But from the side it’s a bit unfortunate.”

One user on Twitter even pointed out that this isn’t the first time that a chocolate company made a similar embarrassing mistake, tweeting:

“@CadburyUK This is where you stole your idea from.” 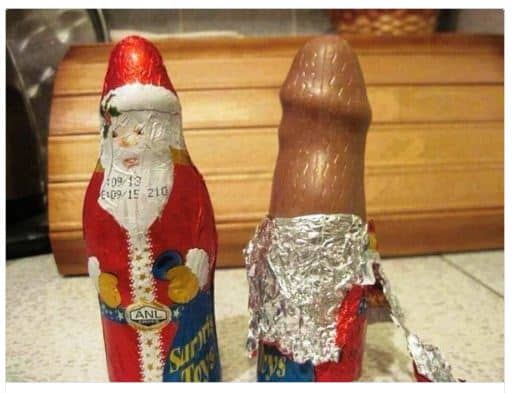 Well what do you think about this, guys? Would you buy one and give it to your kids? I honestly doubt you would.