Motherhood is one of life’s glorious experiences. It is a privilege to nurture children. Women become mothers in many ways — by giving birth naturally, via a C-section, through adoption, and some become default guardians or stepmoms of kids. No matter how they become moms, it is normal for women to document the experience. Having a child is a fabulous milestone.

Many moms want to document every detail of ther pregnancy. 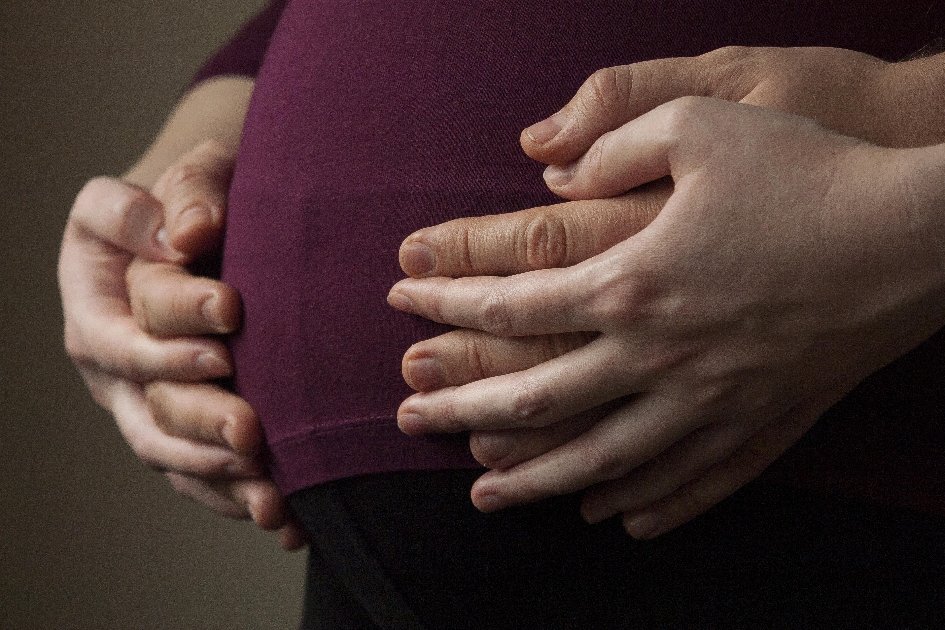 When the photographer found out that the mom was going to give birth via a Caesarean section operation or C-section, she declined to take the job. The photographer’s explanation on text is nothing short of shocking.

Apparently, the photographer sent this text message to the mom:

“A surgery isn’t birth, my dear. You aren’t giving birth. You are having a surgery to remove your baby from your abdomen. That is not birth no matter how you swing it and I for one don’t want to be there to take pictures of it. If you decide to give motherhood a go from the get and have an actual birth let me know and we can schedule your session.”

The photographer even added:

“This motherhood job is hard, if I were you I would think twice about starting such a job by cutting corners so early in the game.”

It went viral after it was posted on the Sanctimommy Facebook page. 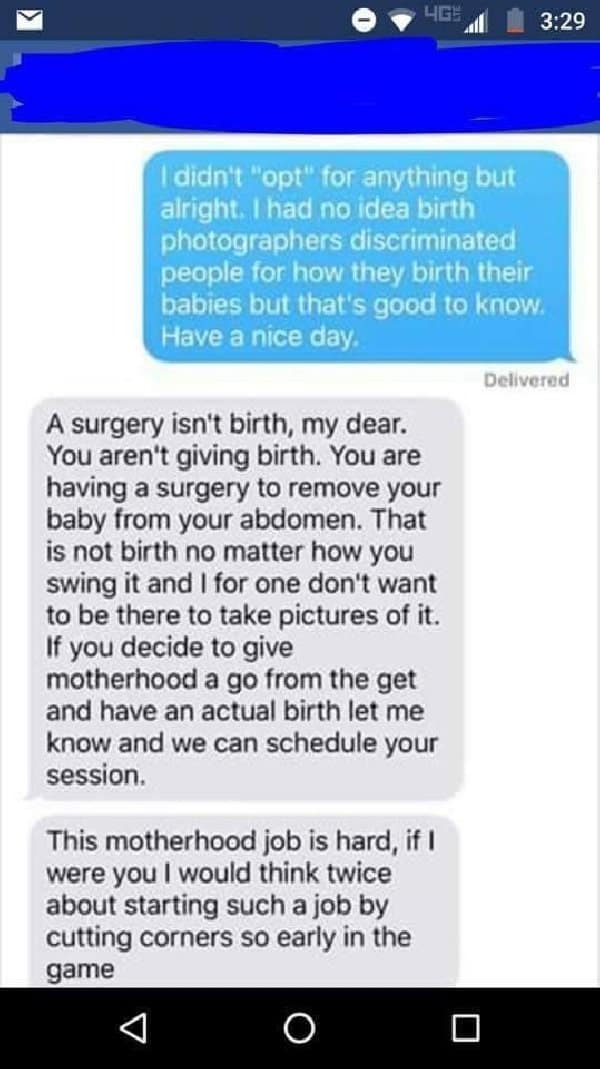 The expectant mom then wrote,

“I had no idea birth photographers discriminated people for how they birth their babies but that’s good to know. Have a nice day.”

The issue became viral as netizens weighed in on the unnecessary shaming of the mom who was due to have a C-section.