Like most of us, Jessica and Sinclair Breen have been interested in pictures posted on Pinterest. Both got easily hooked by the social media’s inspiring photos that cover almost everything from design and fashion, to technology and photography. Apparently though, the couple decided to turn the inspiration to action.

Basically, the two found a picture of a bookshelf online. When Jessica showed it to Sinclair, the latter “almost had a heart attack.” This is where everything started. The couple knew that they must give it a try.

After measuring the wall space, Jessica took the inspiring picture with her and showed it to a graphic arts teacher who worked at the same school as hers. With his help, they immediately understood what size panels to order and use. They spent around $900 just to get everything into place.

After seeing a picture of a bookshelf on Pinterest, Jessica and Sinclair decided to build one themselves. 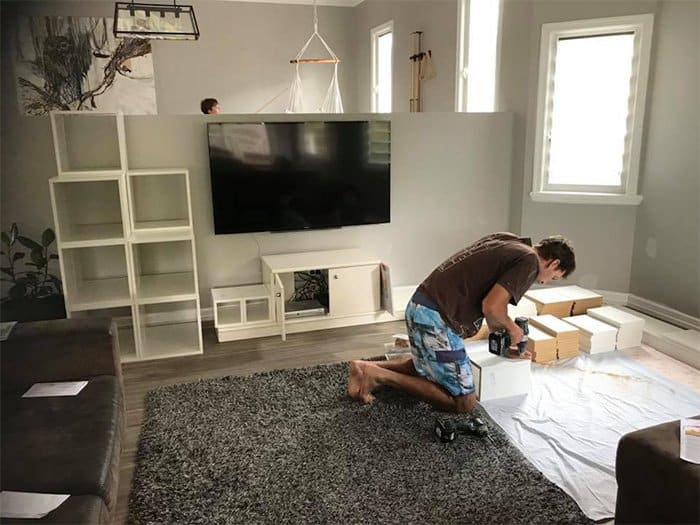 Before starting everything, the two first sought the help of a graphic artist. 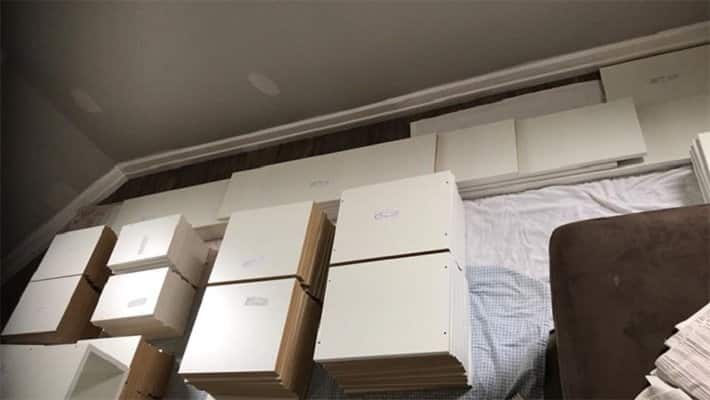 They eventually knew the materials and dimensions needed to start the project. 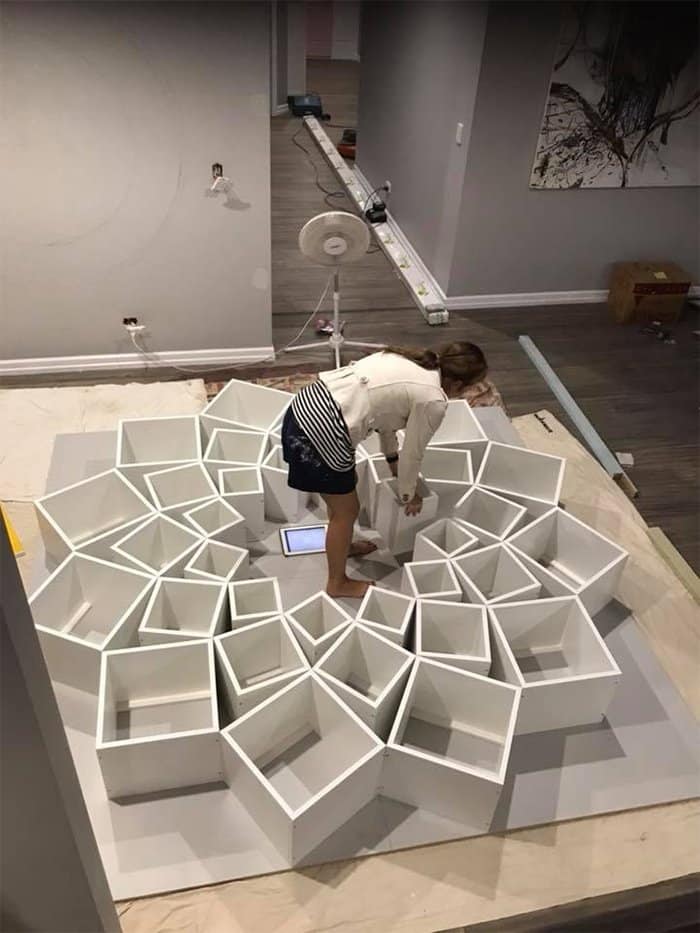 Believe it or not, they ordered custom-made panels that are worth $900. 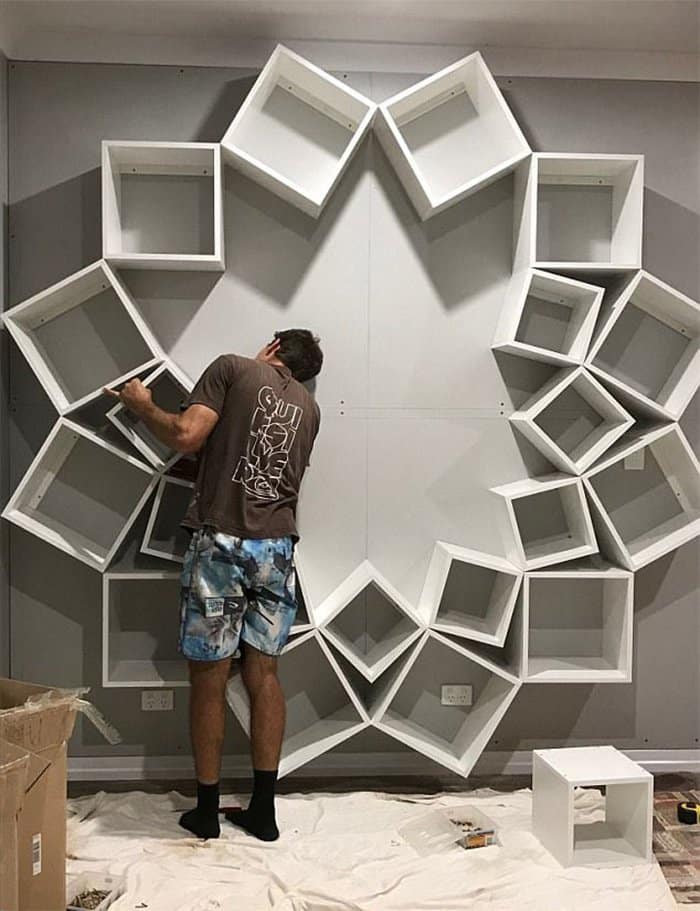 They arranged the boxes according to the picture they saw online. 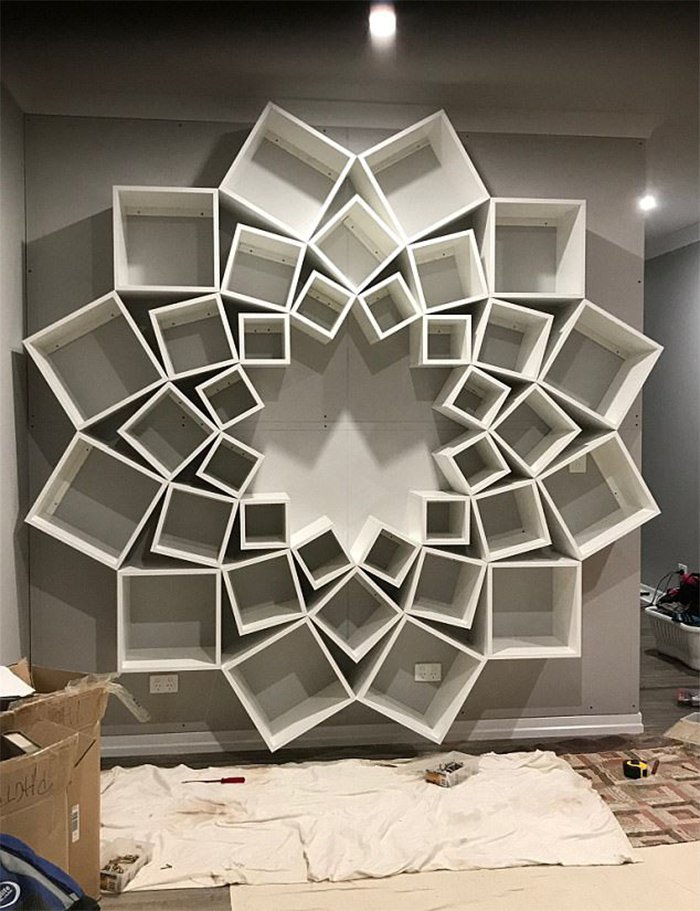 It took them at least 16 hours to complete the bookshelf project. 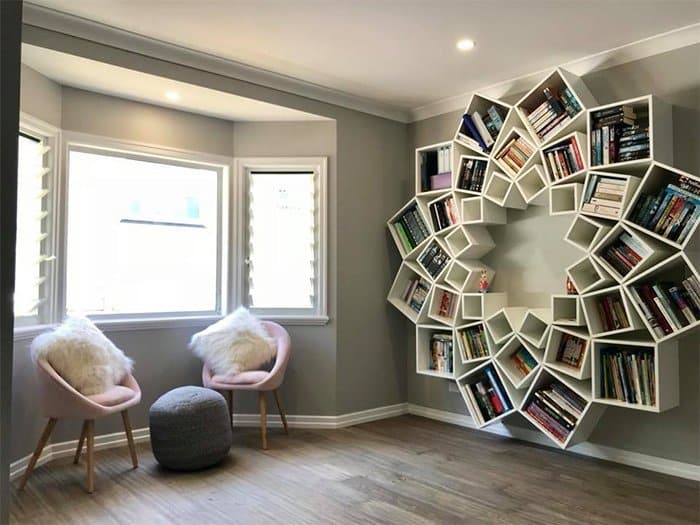 Jessica said that the project, despite being a huge proces, was “so worth it.” 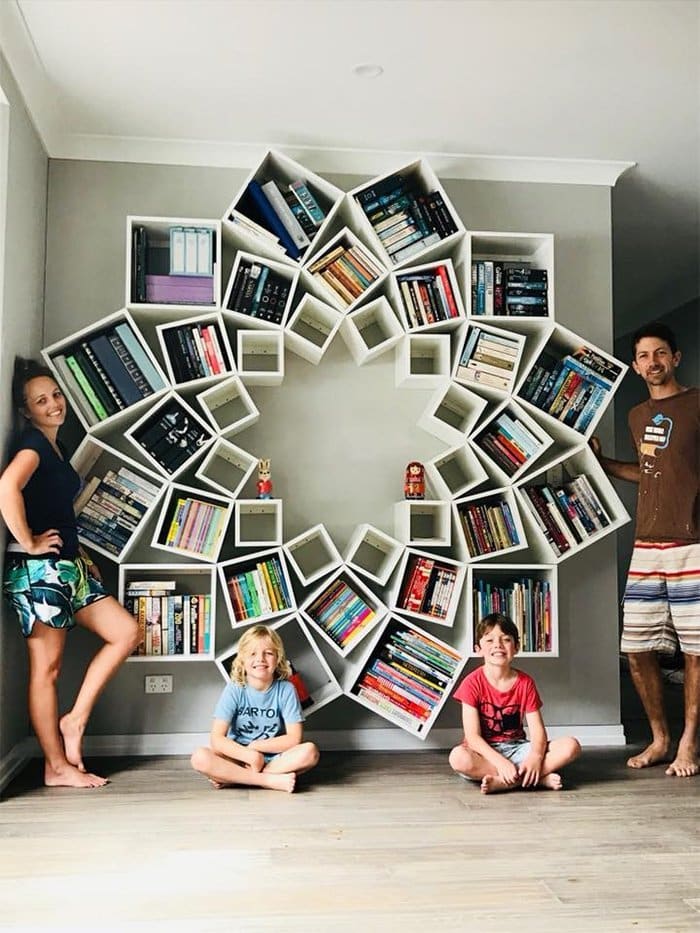 Well, I think we can all agree that the bookshelf project is totally amazing. Indeed, it was worth it. Let us know what you think about Jessica and Sinclair’s passion project in the comments below!

People Are Sharing The Dumbest Tattoos They Got, And Some Are Just Too Hilarious

A 139-year-old Victorian House Trekking to its New Spot is Literally the Most Exciting Event in San Francisco, CA These Days

Gender-Reveal Party Turns Tragic After Prop Explodes, Blows Up Expectant Father and His Brother in NY

Woman Makes It Her Life’s Mission To Save Neglected Animals. Now She Has 160+ Pets!