Somebody shared a link to a very surprising video via our inbox and we thought it would be worth sharing. The video features a blind singer named Renie Entatano who is from the Philippines.

Based on the information given to us, Renie was born blind. He is a resident of a village named Tarusan in the town of Bataraza in Palawan. The province of Palawan is a about a one-hour plane ride from the Philippines’ capital region, Metro Manila.

Renie Entatano’s guitar seems to be an extension of his body. 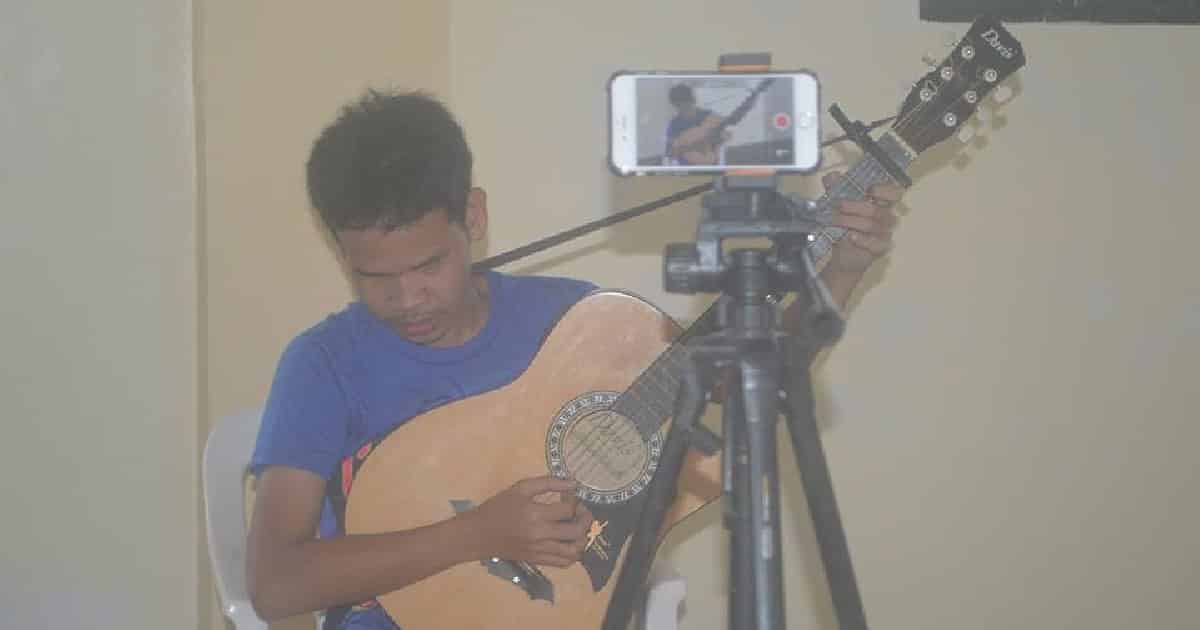 We don’t know how Renie learned how to sing and play the guitar. However, based on what we saw and heard in a series of videos that have been uploaded on Facebook, he has a God-given talent that simply can’t be ignored.

In this video he does an excellent cover of American singer Charlie Puth’s 2016 hit “One Call Away.”

In the rest of the videos, Renie does instrumental pieces with ease and flourish.

The collection of videos featuring Renie’s performances was originally posted on December 23, 2016.

Look at his fingers go!

Those who have watched the videos have expressed their admiration for Renie’s talent and have pointed out that he deserves to be in the spotlight. Renie’s talent easily cancels out the fact that he can’t see. He has achieved something despite the disability that he was born with.

How did he get this good?

We should all be inspired by Renie’s indomitable spirit and his cheerful attitude. These are priceless qualities that will help us survive and triumph over the challenges that come our way. Sometimes, it really takes someone who has overcome a bigger challenge to remind us that we should not lose hope.

He sang this Filipino song to express support for President Rodrigo Duterte.

For many people, Renie isn’t just a blind singer, he is a source of unlimited inspiration. The fact that he can sing pretty well is just a bonus, because it’s really his spirit that pushes us to be better versions of ourselves.