Our history is full of mysteries, most of which were actually quite weird in one way or another. As each generation passes, these ambiguities continue to confuse and amaze us. We might even find it hard to believe that they existed in the first place. Nonetheless, there is nothing we can do. They are part of our history – and they will continue to live on.

Whether you find them scary or bizarre, you cannot simply deny the fact that they are all interesting. So, yeah, why do not we take a look back at some of the weirdest stuff from the past? Below are 28 of them! 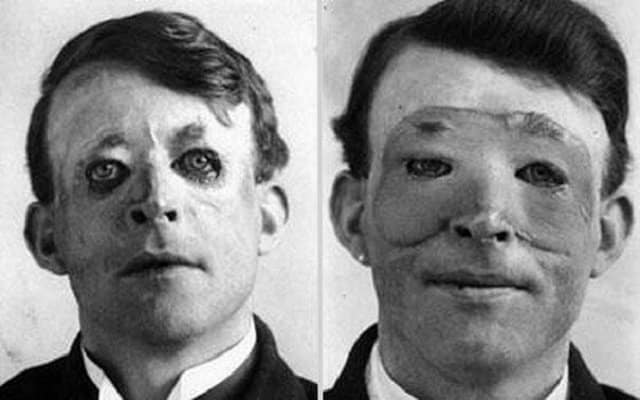 This guy was among the very first people to receive a facial skin transplant, which was taken from the other parts of his body. He was heavily wounded in the infamous World War 1, with his face being severely damaged. 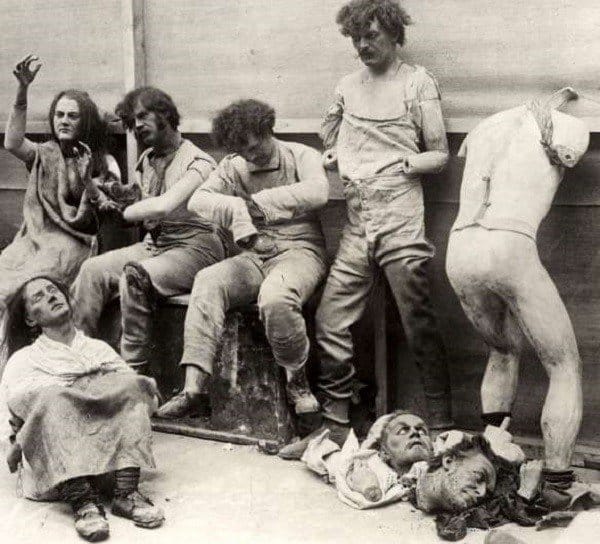 Madame Tussaud’s museum was unlike any other wax museum. It kind of looked creepy actually. The picture above depicts the remnants of the wax museum after a fire ate much of the building and destroyed much of the sculptures. 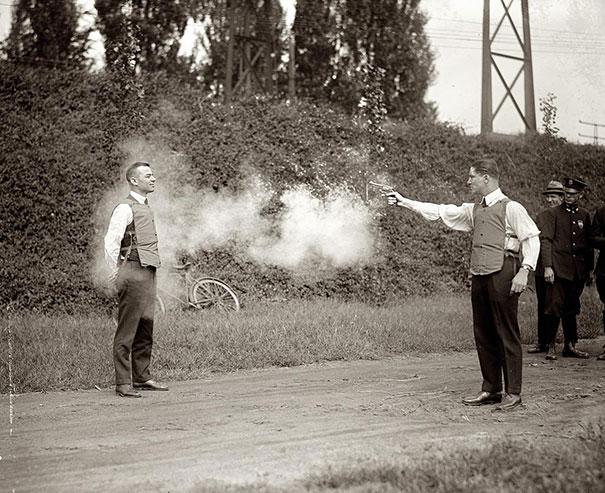 Today, manufacturers or scientists would ensure safety before testing a product. But in 1923, real people were used in testing. In fact, to test the credibility of a bulletproof vest, they would have one of their men wear it. Well, it sure was dangerous considering that there was no additional protection of sorts. 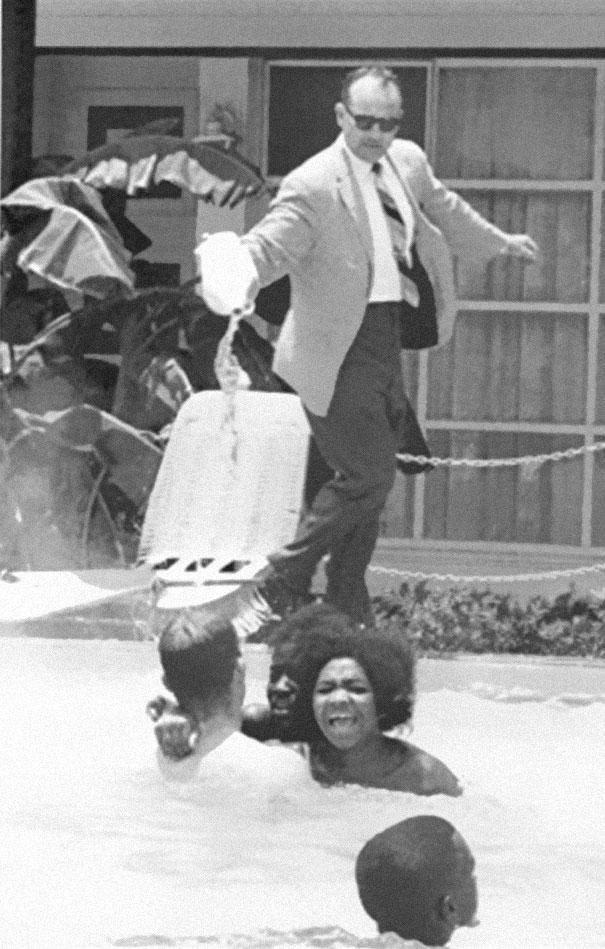 James was infamously known for his acid stunt. He basically poured acid into one of his motel’s pools. Apparently, there were black protesters using it – and you know exactly how things went. Ironically, the swimmers were jailed and the Civil Rights Act was passed the day after the incident. 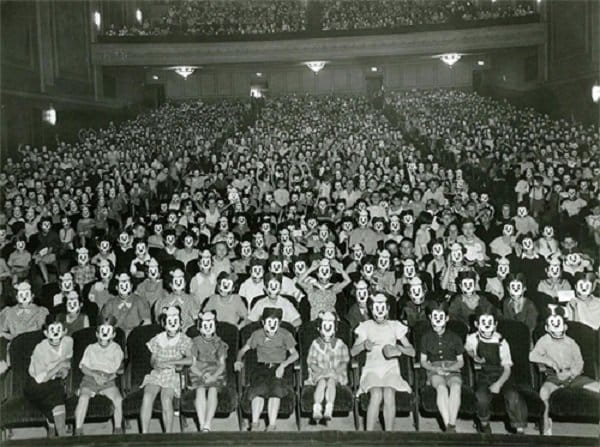 Believe it or not, the first ever meeting of the titular Mickey Mouse Club had a very weird cult-ish feeling to it. All of the participants were wearing a Mickey Mouse mask. And if you take a look at the photo, you will definitely feel a little bit scared. 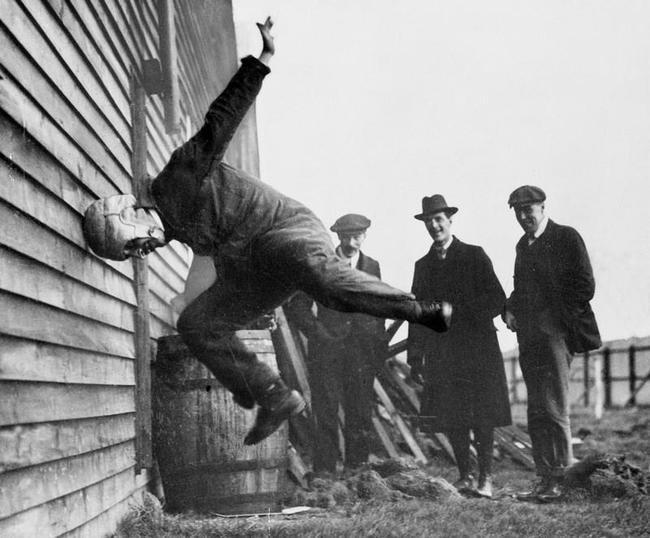 Remember when I said that people in the past were fond of unsafety experiments? Well, they did it again when the new leather football helmet was made. Besides, what better way to prove its authenticity right? 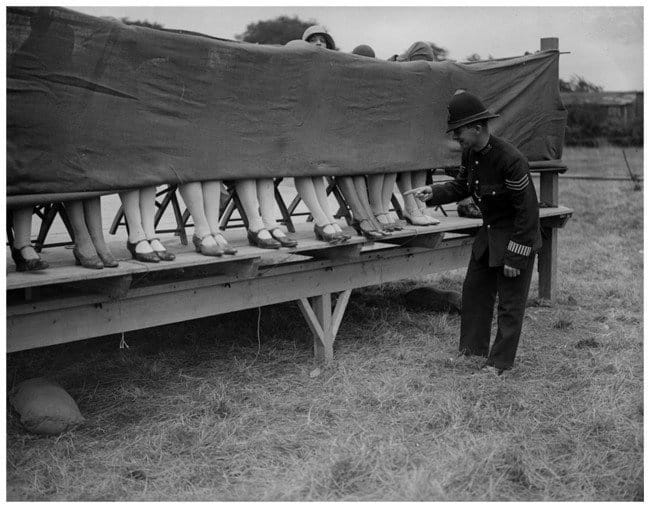 Oh, yes, ankle competition was a thing back then. But perhaps the most interesting part was the judging structure. Their faces were not allowed to be seen, except for their ankles. From there, it was up to the judge (a man) to make the fair decision. 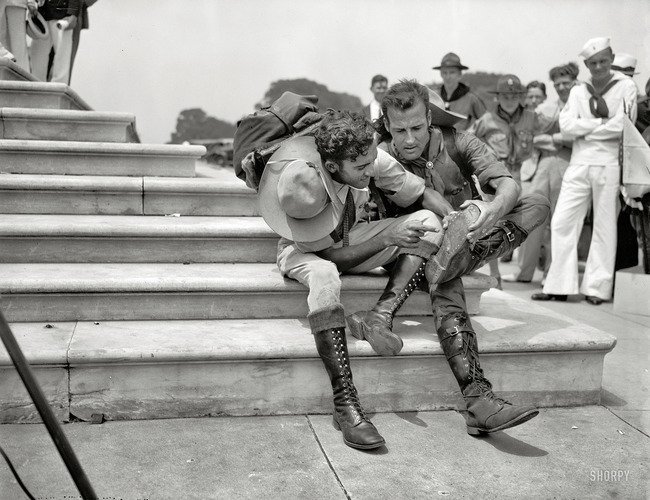 There were two men who traversed an estimated distance of 8,000 miles – from Caracas, Venezuela to Washington, DC. The purpose? They wanted to attend the first Boy Scout Jamboree. In a day, they would walk around 25 miles, and it took them two years to reach the finish line. 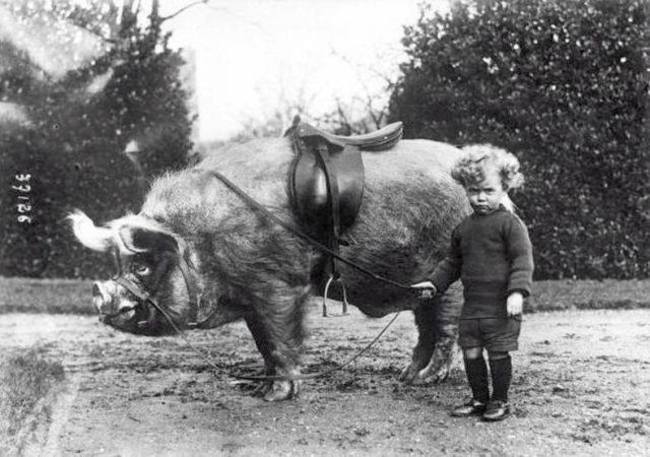 A boy from Ampthill, England became known for riding his boar. Apparently, though, he was not excited at owning and riding such a sturdy mount to ride. Perhaps he wanted a horse or something.

#10. The Carnival and KKK Rally 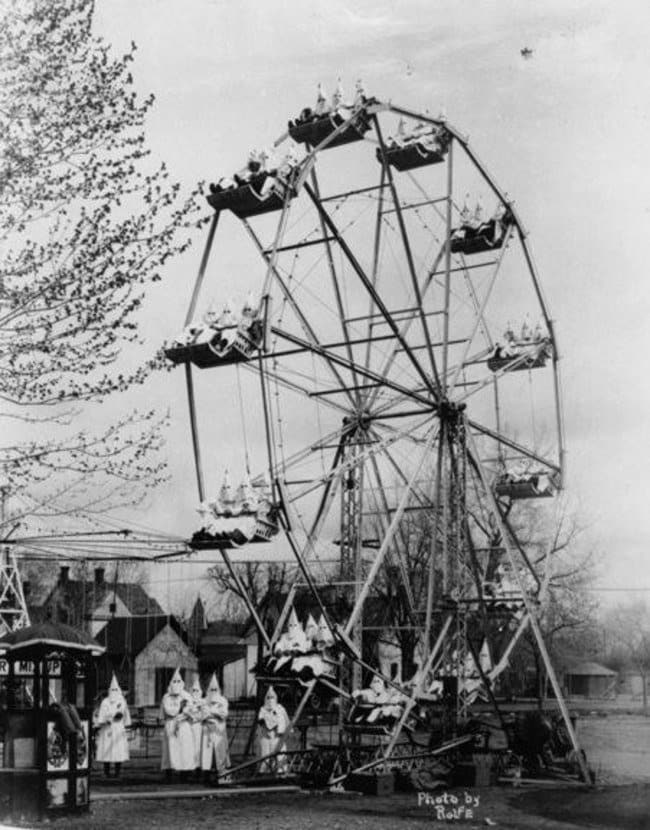 If you think this photo was all but a mere event, you are wrong. This was actually taken during a KKK rally where the white hoods stood creepily while at a carnival. 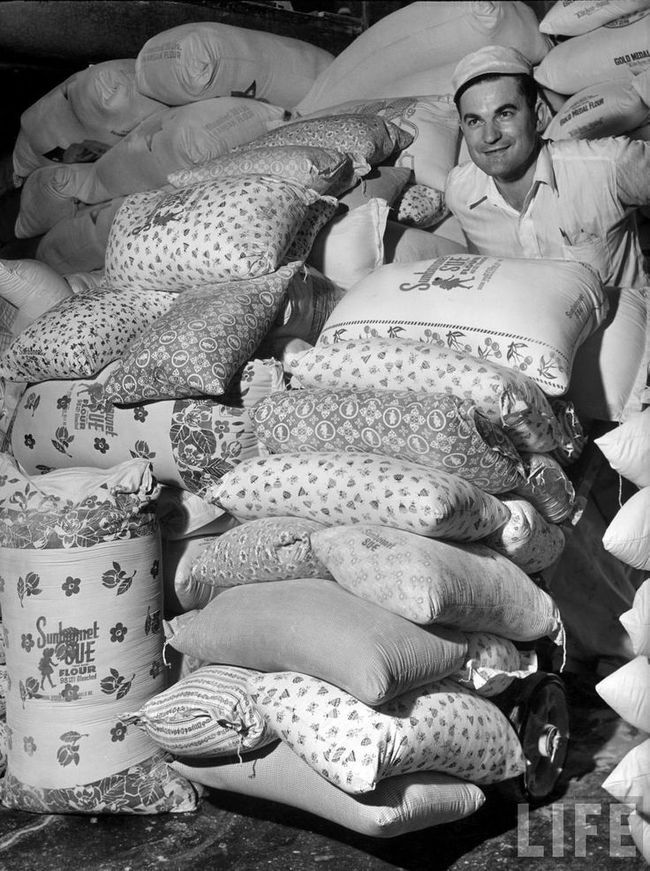 The Great Depression was a traumatizing era. Interestingly, women that time found a way to make clothes using sacks. Eventually, the flour manufacturer found out about this and decided to distribute them in flowered fabrics. Such a gentleman indeed! 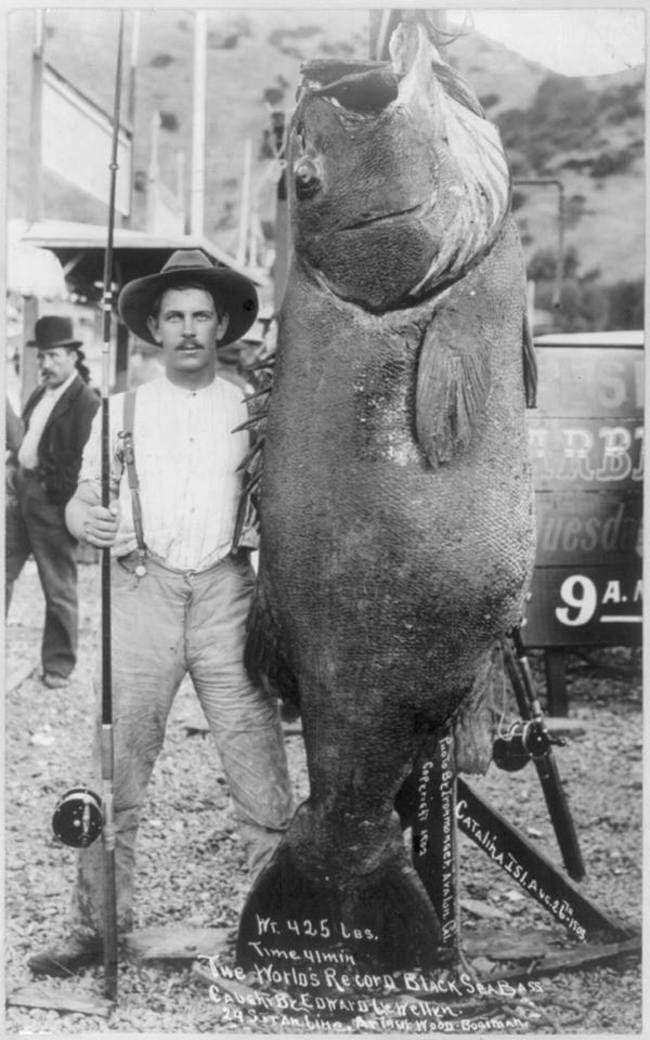 This creature was captured by none other than Edward Lewellen in 1903. And nope, he did not require the help of others. He pulled the fish all by himself. 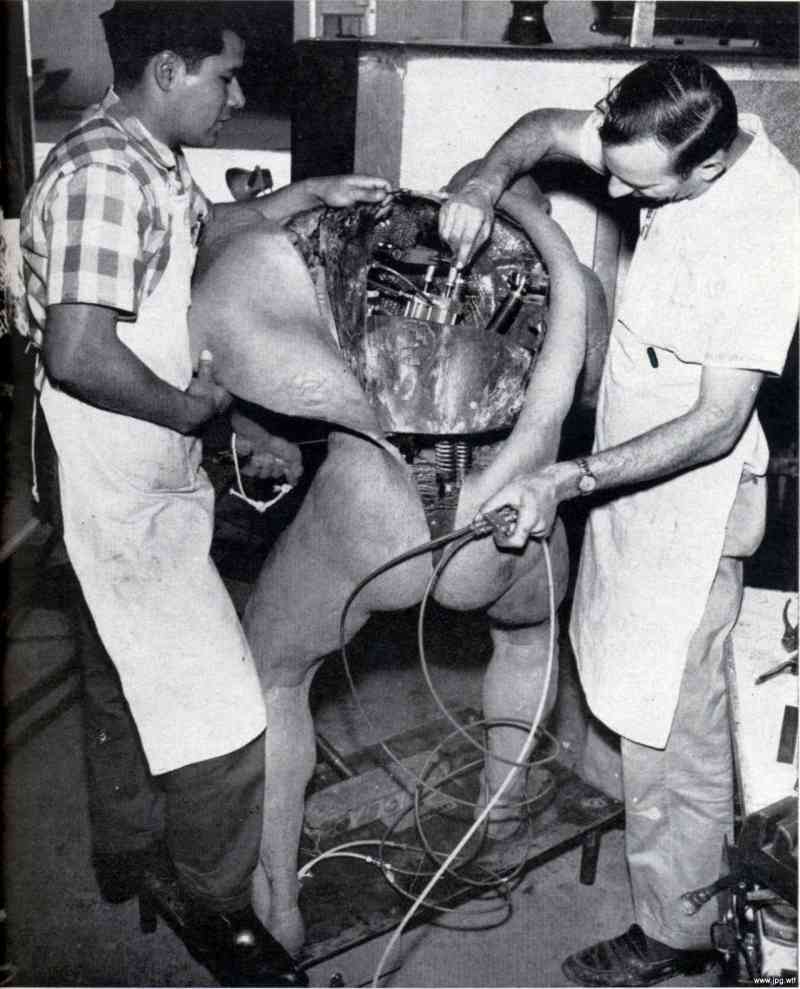 As you see, these engineers from Disney were already working on the company’s earliest animatronic. It looked quite real, though. It was as if the opened back came out from something like the Twilight Zone.

#14. The Barnum and Bailey Freak Show 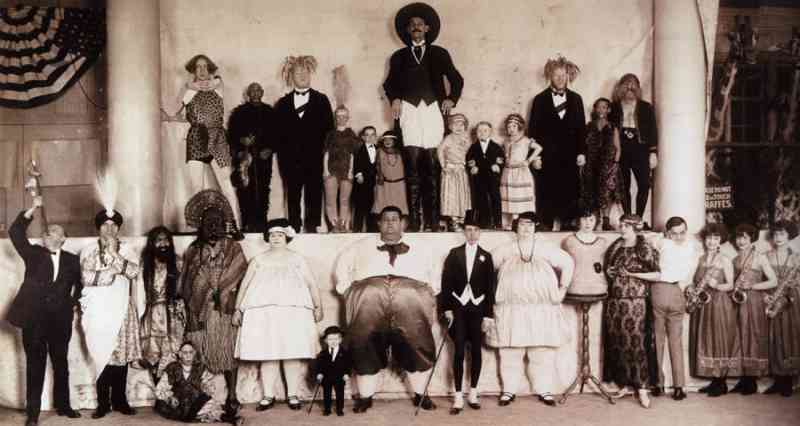 If there was a freak show worth calling “freaky,” it was none other than the Barnum and Bailey freak show. The lineup was consists of all types of people. In fact, people with deformities were often hired, as they were believed to have shock value. 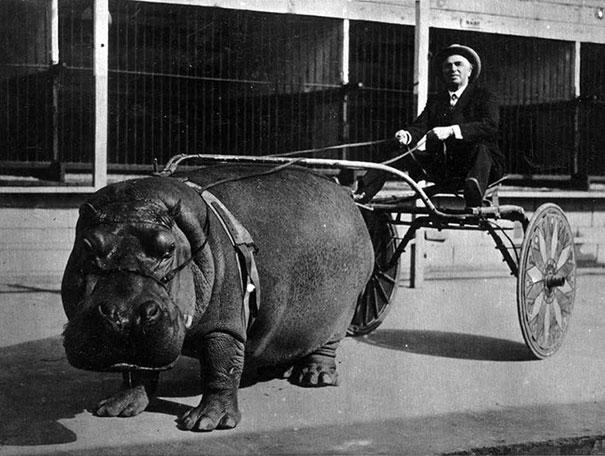 The show did not only compose of weird people – varying wild animals were also part of it. This one for example: A hippo pulling a circus cart. 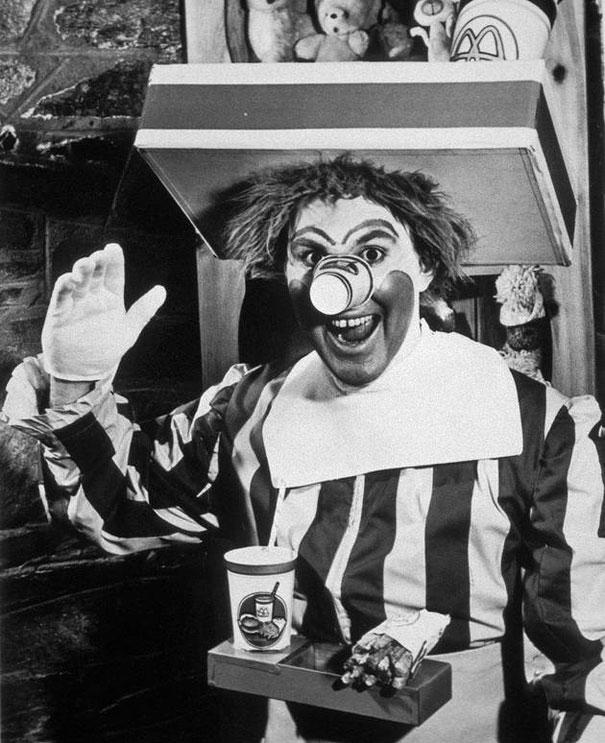 Contrary to today, the original Ronald McDonald did not look friendly and lovely. He even evoked thoughts of Stephen King’s killer clowns. 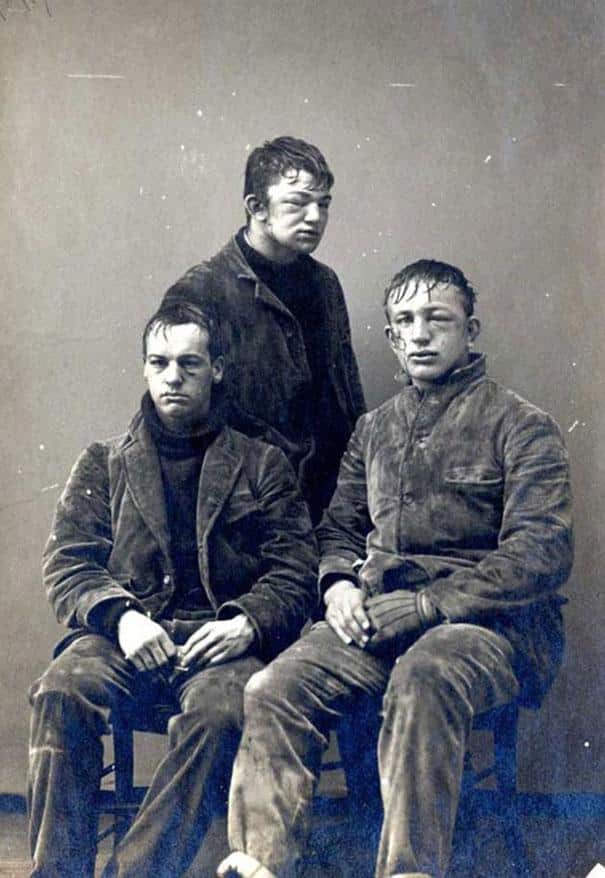 How badass were people back in the day? This picture right here describes them. These three students from Stanford went on a snowball fight between the freshman and sophomore students. The turmoil turned out to be very violent and it resulted in many injuries. Still, they managed to take a picture. 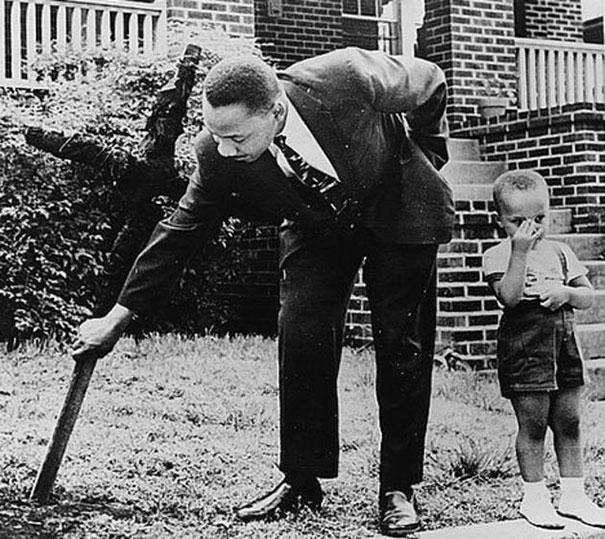 Martin was a very famous man, but his popularity meant left and right death threats. One day, a burning cross was thrown on his front lawn. But for King, it was a typical Monday morning. 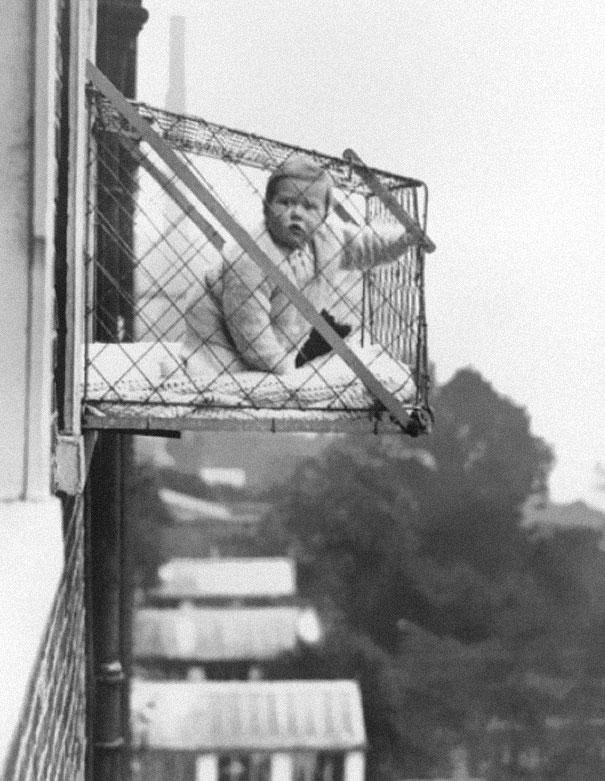 Baby cages were real, but they were not really common. Still, some people practiced it. Apartments would have baby cages on them, so that the child could get fresh air and sunlight during the day. 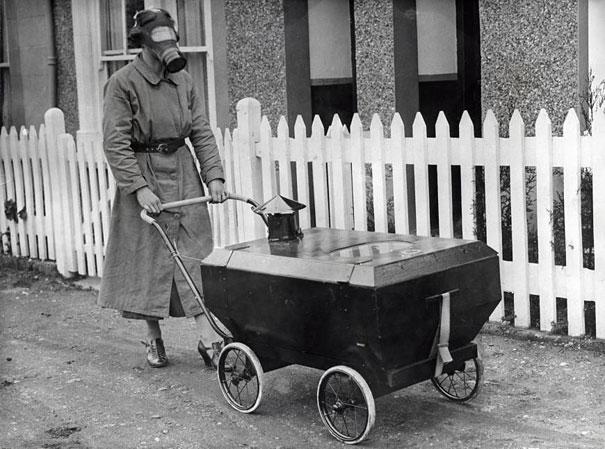 Since we mentioned baby cages, let us go deeper in history. When World War 2 broke, England became filled with toxic gasses. For the people and their children to survive, they had to be creative. They would often use a gas-proof stroller for their babies, while the adult would wear a mask. 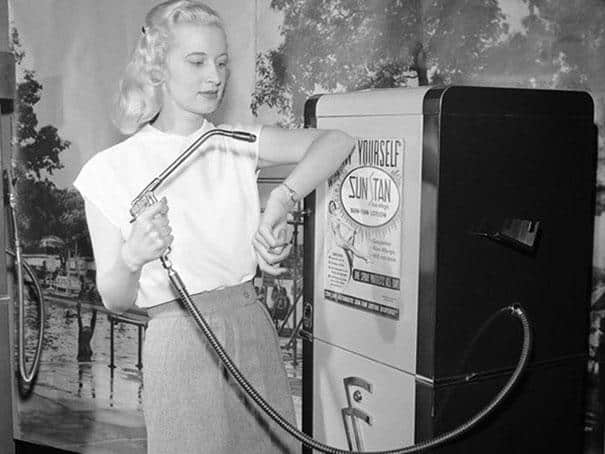 Tanning beds nowadays are amazing, right? But in the past, tanning machines were coin-operated. And it would spray a tanning solution similar to how an air pump works. 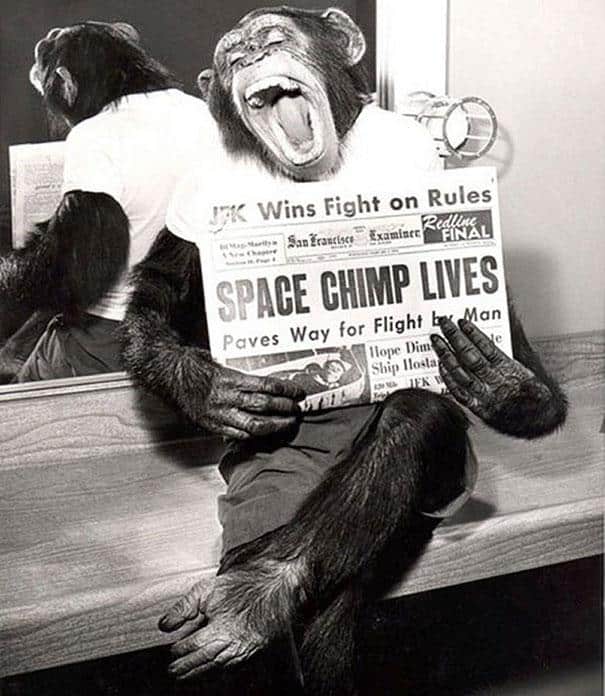 Ham was the very first chimp to be sent into out space. He even posed with the headline after his successful return. 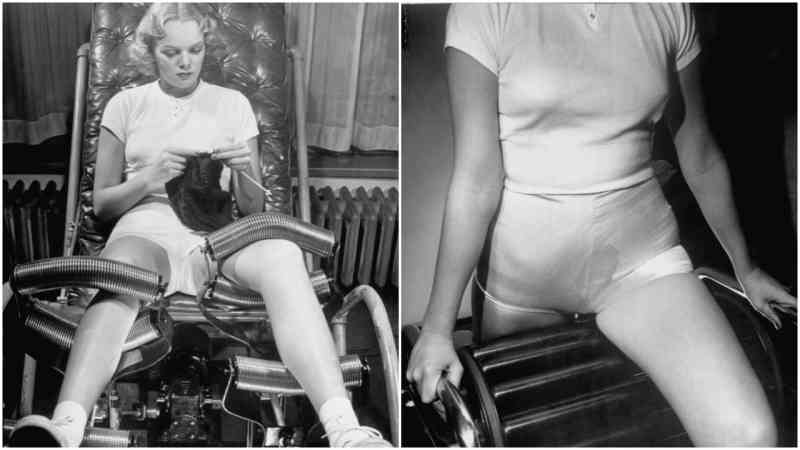 People back then believed that one could literally roll fats away. In the photo, two women can be seen demonstrating how the devices work. But of course, they did not really acquire results. 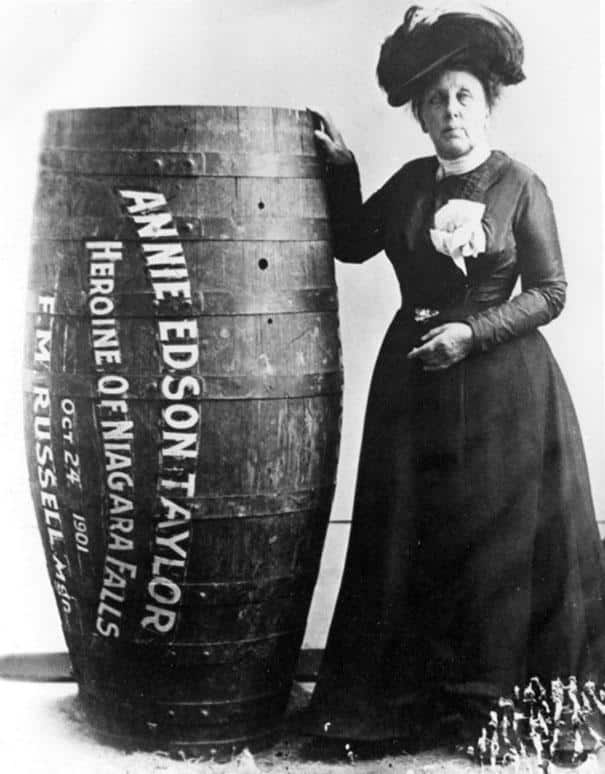 Taylor was the first person to conquer Niagara Falls, and she did this in an extraordinary way. She had with her a barrel. Later on, however, she talked about how terrifying the experience was. That she would rather die from cannon fire than hiking the Falls again. 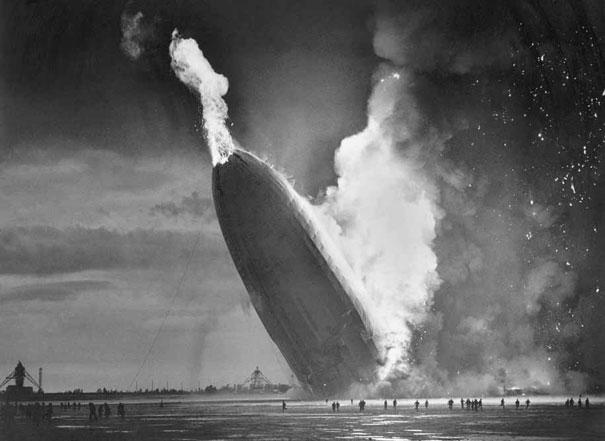 While it was a huge disaster, the destructive incident was still deemed spectacular. Nonetheless, it did not erase the fact that 35 of the craft 97 passengers perished as soon as the pressurized blimp went down.

#26. The Face of the Statue of Liberty 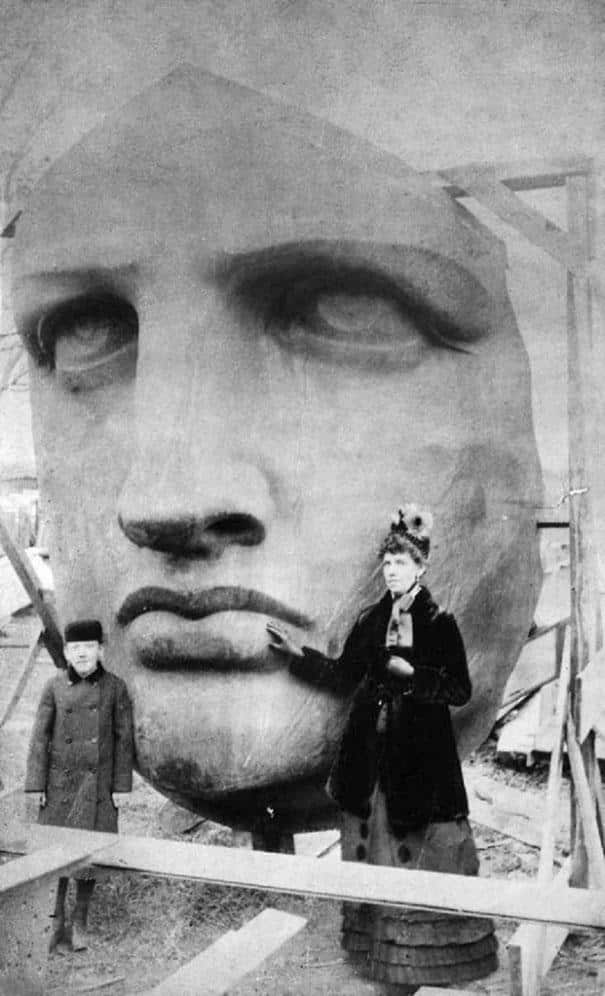 It was in 1885 when the face of the iconic Statue of Liberty got delivered. As years passed by, the statue’s structure would undergo multiple restoration and repairs. 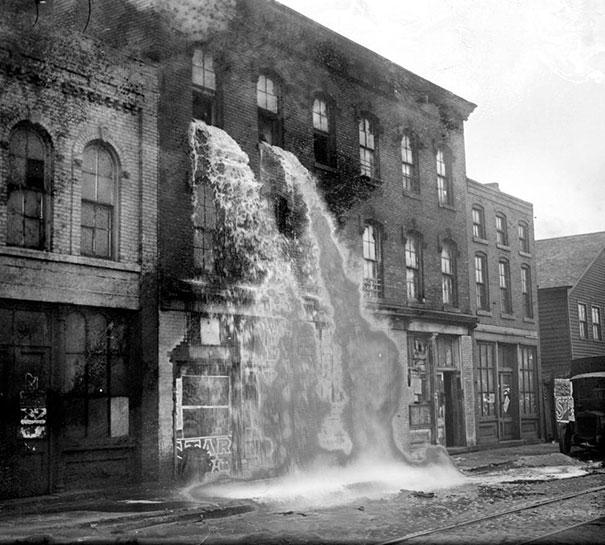 One day, illegal alcohol came gushing from a window of a speakeasy prohibition. The building was said to have been raided by an unknown party. 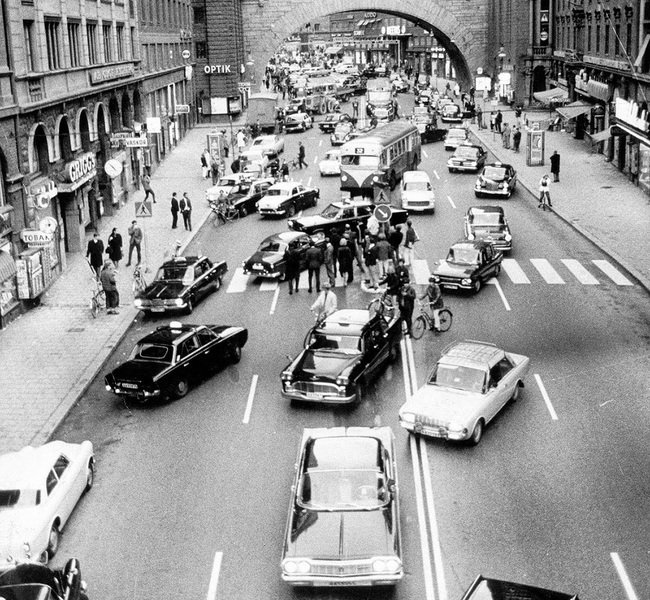 It was on this day when Swedish people got overwhelmingly confused. Basically, the government decided to change the vehicles’ driving directions from the left side of the road to the right. Streets were eventually blocked, as authorities tried to pacify the mess. Drivers were simply confused, as they got used to the original directions.