If you think you know the most bizarre underwater creature ever discovered, then you’ve probably never heard of the Portuguese man of war  yet.

Also known as bluebottle, this cnidarian is actually composed of a colony called zooids. The Portuguese man of war consists of four polyps which serves different functions. The first polyp, the pneumatophore, is a gas-filled sac which rests on the water surface. This is used to propel the man of war across the water through the help of wind, sea currents, or tides and can also be deflated in case of any danger. The second polyp is composed of the tentacles with venom-filled nematocysts used to sting prey and any other organism which poses danger to the man of war. The third polyp contains the digestive tract while the fourth polyp contains reproductive organs.

The Portuguese man of war can be found wherever the ocean water is warm. 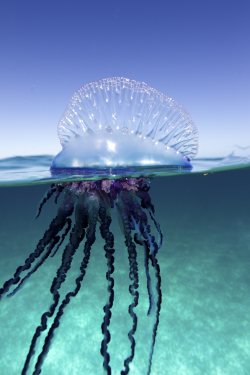 It uses its pneumatophore, with the help of wind, current, and tide to propel itself 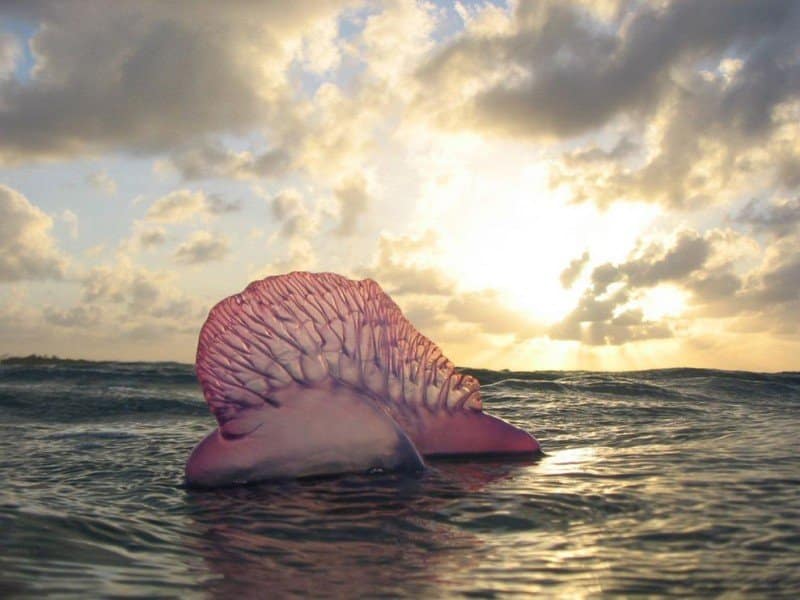 Its tentacles are used to sting its prey and any organism which poses a danger to it. 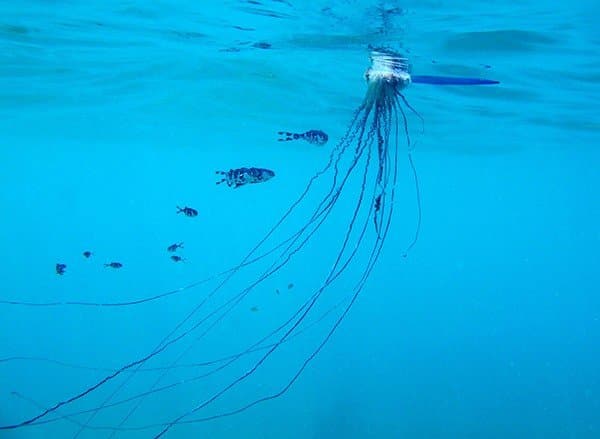 Although it looks beautiful, especially with its vibrant colors, it must be treated with caution. This cnidarian is extremely venomous, and even those washed ashore can deliver a powerful sting. In fact, discovery of man of wars washed up in a beach warrants closure of the whole beach.

The man of war is extremely venomous and can still deliver a powerful sting even when washed ashore. 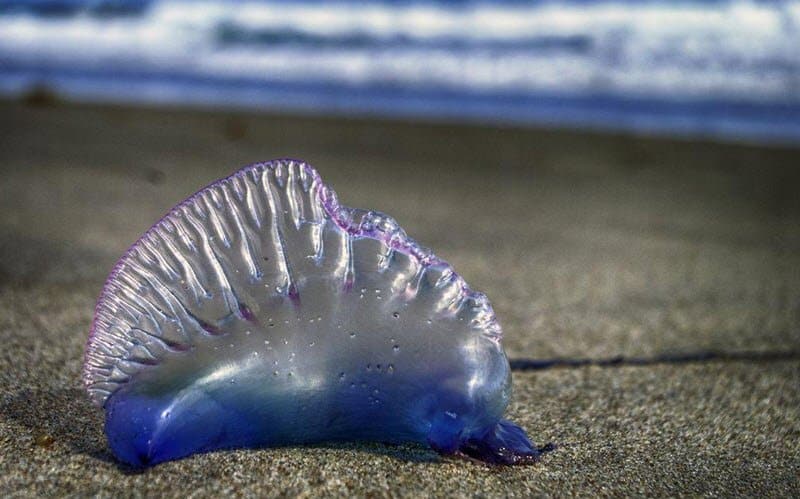 To know more about this fascinating creature, watch the video below: