Despite all the bad news around us, there are still many good people in this world. Case in point, dozens of beachgoers in Florida, some of whom can’t even swim, formed a human chain to rescue a family from treacherous rip currents.

Six members of a single family and four other swimmers who attempted to save them has been swept away in rip currents in Panama City Beach in Florida. Roberta Ursrey, one of those caught in the currents said she went to the waters to rescue her sons Noah, 11, and Stephen, 8, who were separated from the family while chasing waves on their boogie boards.

More than 80 strangers formed a human chain to rescue a family about 100 meters from the shore. 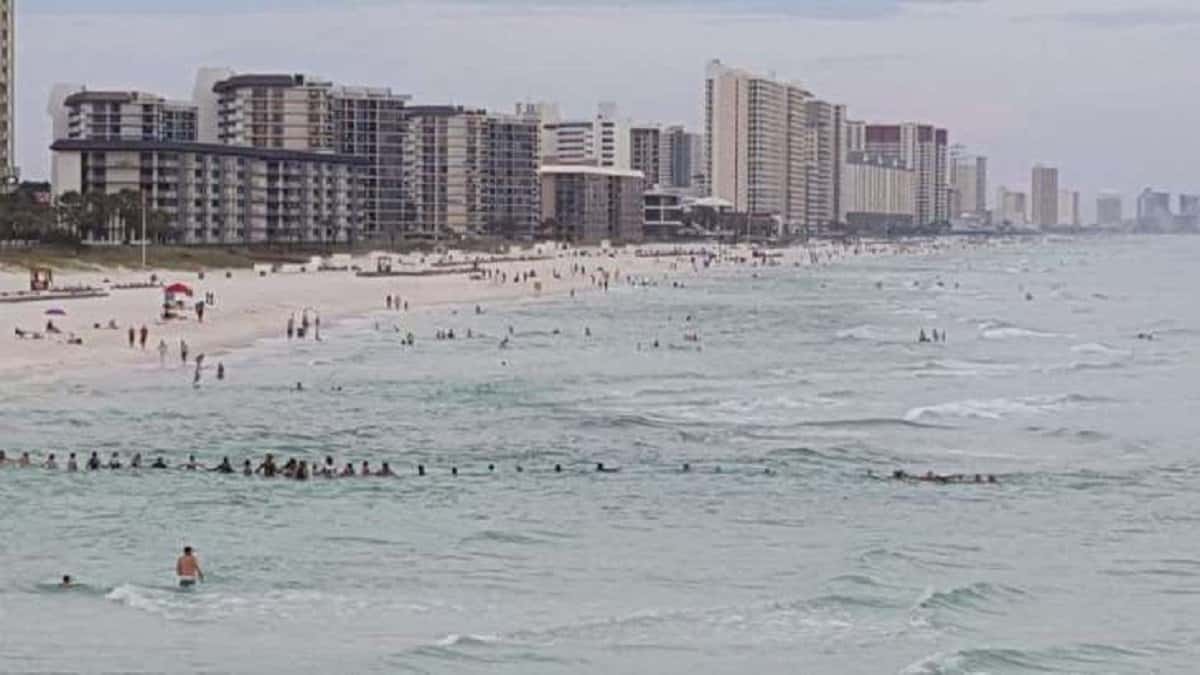 A couple, Brittany and Tabatha Monroe were first to rescue the kids. However, nothing worked when they attempted to go back. They tried swimming straight and swimming sideways but they couldn’t break free from the current. Soon, Ursey heard her 27-year-old nephew, 67-year-old mother and 31-year-old husband. 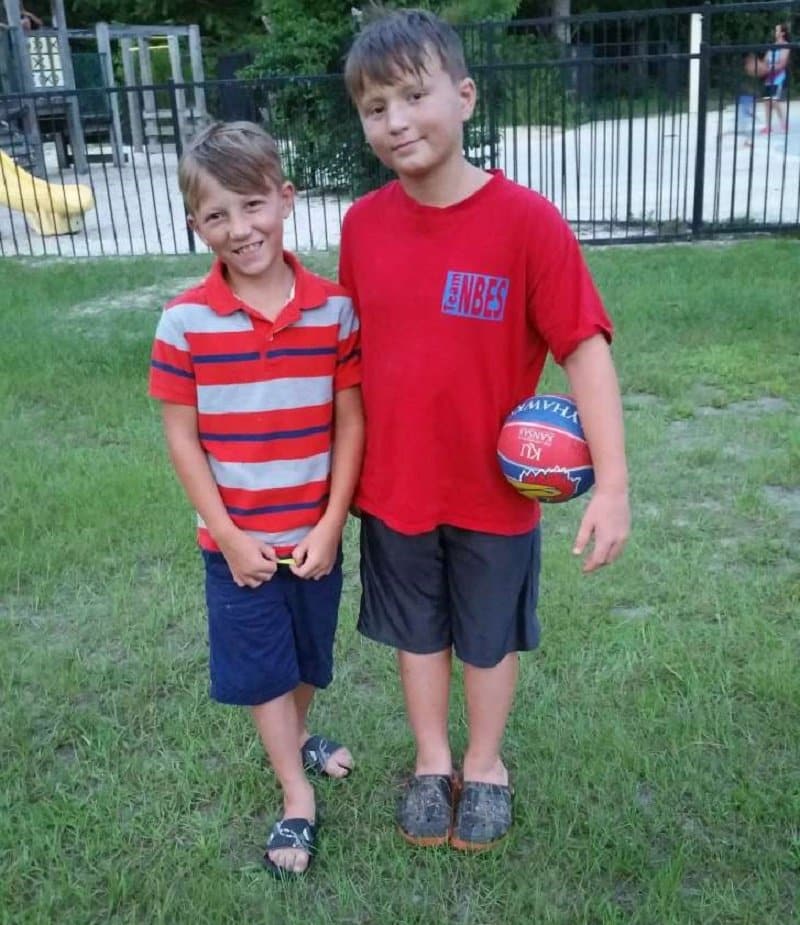 After 10 minutes 2 young men went to rescue them but they too were trapped in the currents. There are no life guards or law enforcement on duty on the scene. The beachgoers also have no rescue equipment; only boogie boards, surf boards and their arms and legs. As the scene started to get desperate people started shouting, “Form a human chain!”

It started with only about five volunteers. 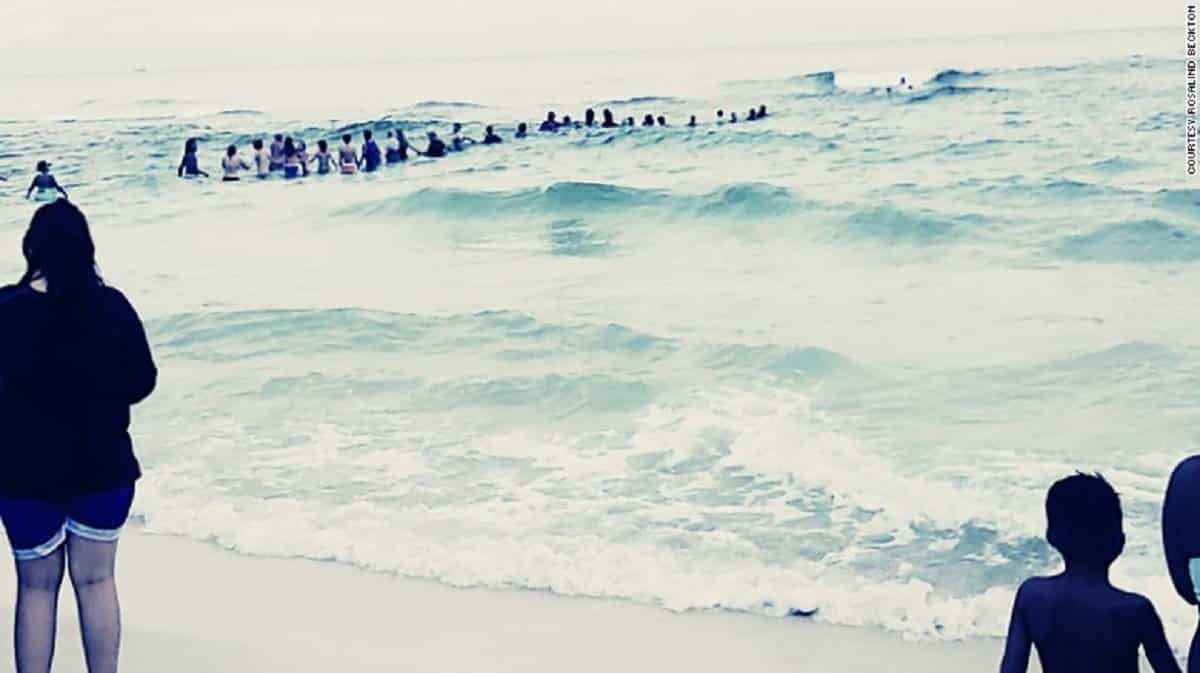 The number started to grow as dozens of beachgoers joined the rescue, some of those can’t even swim. Fortunately, there are good swimmers at the beach. Jessica and Derek Simmons swam past the 80 or so human links to rescue the Ursreys.

“These people are not drowning today. It’s not happening. We’re going to get them out.”

At that time Roberta was sure they were going to die. The currents have exhausted their energy and she was starting to blackout.

Jessica and her husband first rescued the kids, passing the two along the human chain all the way to the beach. When they got to Roberta, the 34-year-old mother could hardly keep her head above water. Roberta remembered Jessica coaxing her to carry on before she passed out from exhaustion.

When Roberta woke up she was already at the shore and she heard more screams in the water. 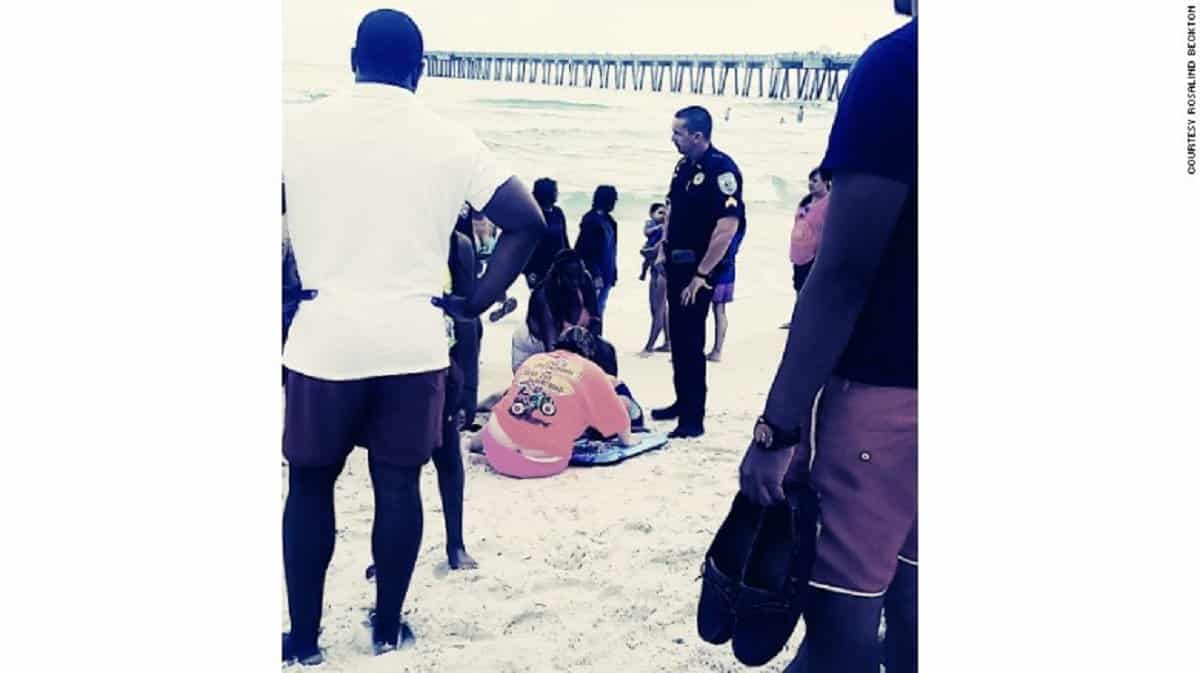 Her mother, Barbara Franz, who is still in the water is having a heart attack. At that time Franz told the rescuers to just let her go. However, Roberta’s husband and nephew kept her afloat as they struggled to keep their own heads above water.

Nearly an hour after the rescue started, all ten people were safely brought out of the water.

“It was beachgoers and the grace of God’s will. That’s why we’re here today.”

Brittany and Franz were immediately transported to the hospital. Brittany was released after getting treated from panic attack meanwhile, Franz suffered a massive heart attack and an aortic aneurysm in her stomach. The Ursreys are planning to meet and personally thank the Simmons after Franz is released from the hospital.

Jessica also wrote her sentiments on her social media account:

“To see people from different races and genders come into action to help TOTAL strangers is absolutely amazing to see!! People who didn’t even know each other went HAND IN HAND IN A LINE, into the water to try and reach them. Pause and just IMAGINE that.”

A rip current, sometimes referred to as rip, or by the misnomer rip tide is a type of water current that occur in beaches with breaking waves. It is a narrow current of water which moves directly away from the shore, and is formed when wind and breaking waves push surface water towards the land, which causes a slight rise in the water level along the shore.

Rip currents are strongest near the surface of water. 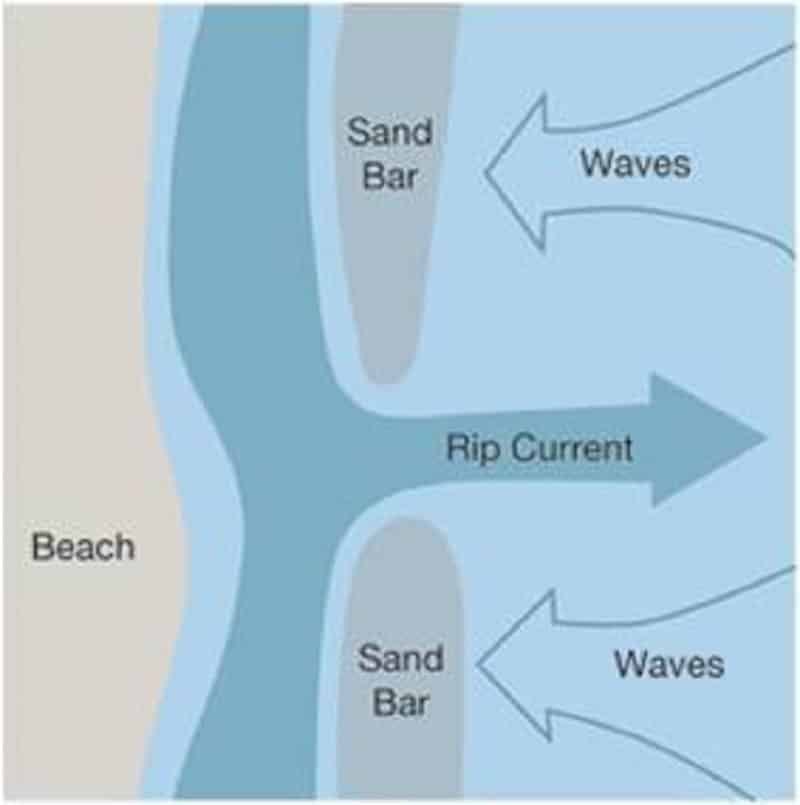 Rip currents are hard to see and can only be recognized by ripples on top of the water that heads out to sea. It can be hazardous especially if the people have no understanding of rips and exhaust themselves swimming against the current. Rip currents are the leading cause of rescues by lifeguards at beaches. It causes death to an average of 46 every year.