Sometimes there are things that are more important than a game. A basketball fan recently discovered that as he found himself just a few feet away from Emily Ratajkowski. The man couldn’t help but stare at the model’s assets and was immediately caught by his own son.

The awesome photo was taken during the game between the LA Lakers and the Minnesota Timberwolves at the Staples Center in downtown Los Angeles. Paparazzi had spotted Emily Ratajkowski close to the court and had snapped several pictures. One of the images shows a man clearly enjoying the view and completely ignoring his son, who couldn’t help but grin at his father’s reaction.

Can you really blame him, though? 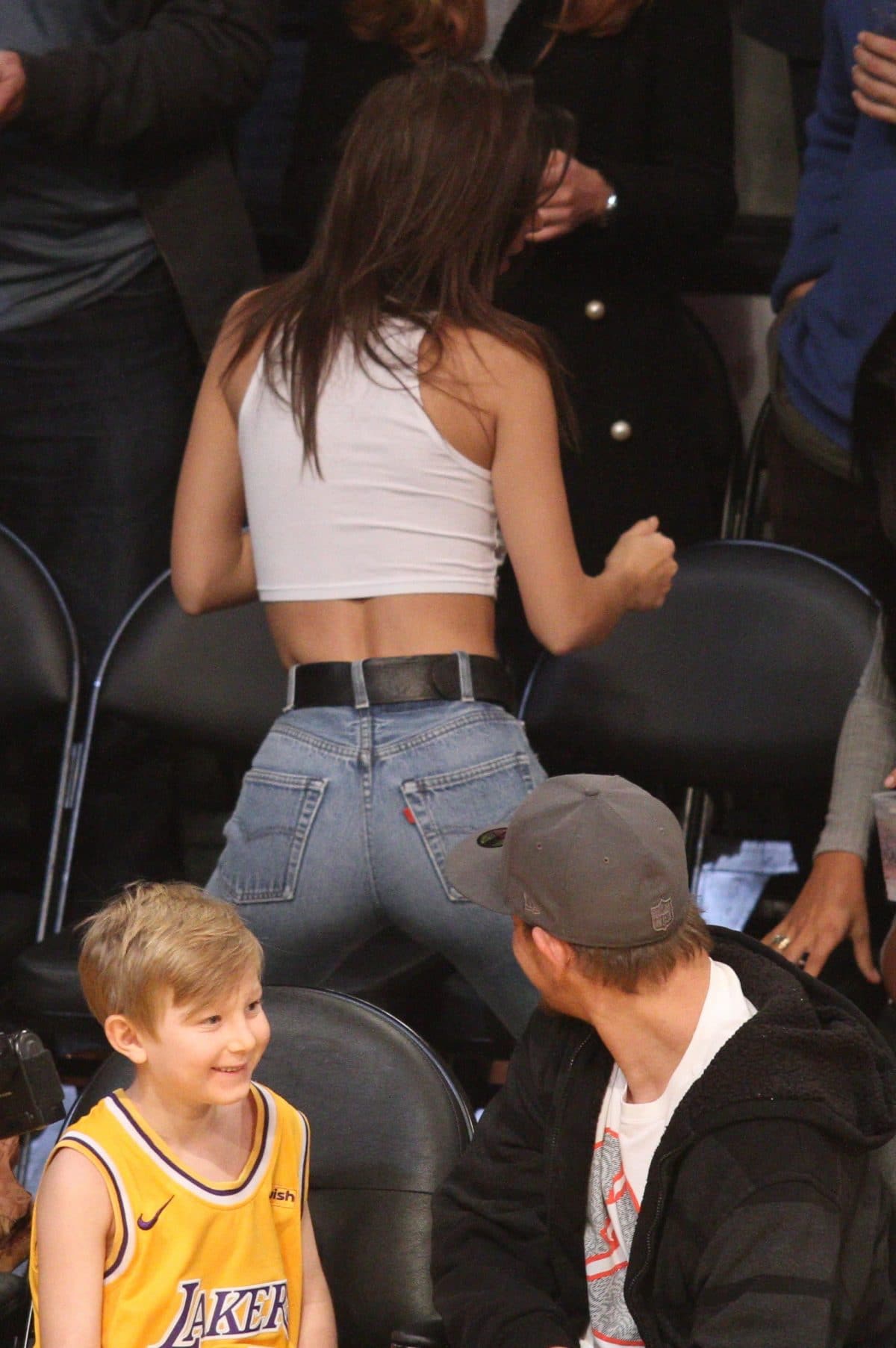 The picture shows the smitten basketball fan closely watching the most interesting thing at the event. Needless to say, it isn’t the game at all.

Ratajkowski had also shared a picture from the game on her official Instagram account. The image shows the model posing with the LA Lakers cheerleaders in the background. You can also see a glimpse of the fan who appears to be thrilled that the actress is right behind him.

Although Ratajkowski’s photo has earned millions of likes, the Paparazzi picture is proving to be more popular. Netizens have weighed in on the man’s decision to momentarily ignore his son in order to seize an opportunity.

Forget the cheerleaders, Emily Ratajkowski is in the house! 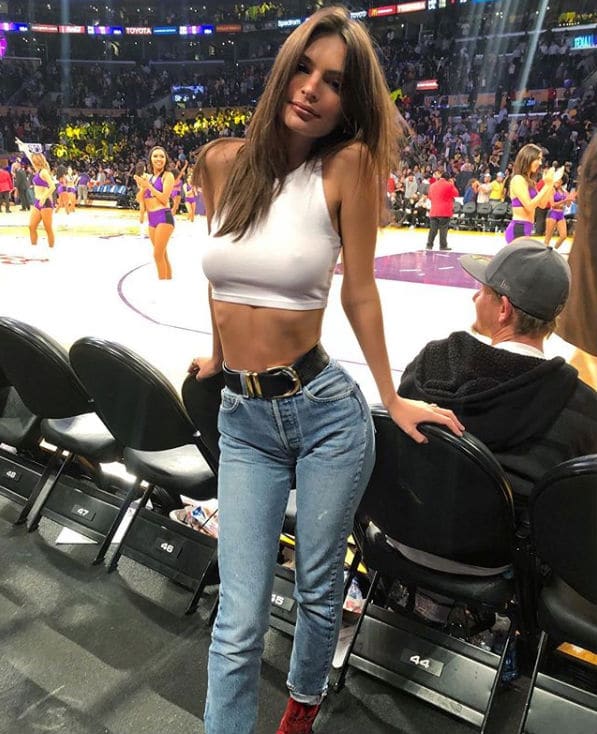 Most people are saying that we can’t really blame the man for switching his priorities. “It’s a once in a lifetime opportunity, you have to risk it all,” one wrote.

There is little doubt that the basketball game itself was truly exciting. However, it’s not every day that you can find yourself just a few seats away from a hot model so we’ll have to forgive the man for being distracted.