Have you ever dreamed of living in a house sitting just above a treasure trove? Many little girls and boys have. Some of them even scour their basements for treats and trinkets that may be of significance. Those who live in old houses or buildings are particularly lucky especially if their ancestors took good care of their home while living in a historically rich era.

But unlike them, Alexandra Poulos of Lansdowne, Pennsylvania believed during her entire life that their house is totally ordinary and that there is entirely nothing special in their basement. That is where she is wrong.

Is this Pennsylvania home sitting atop the Underground Railroad? 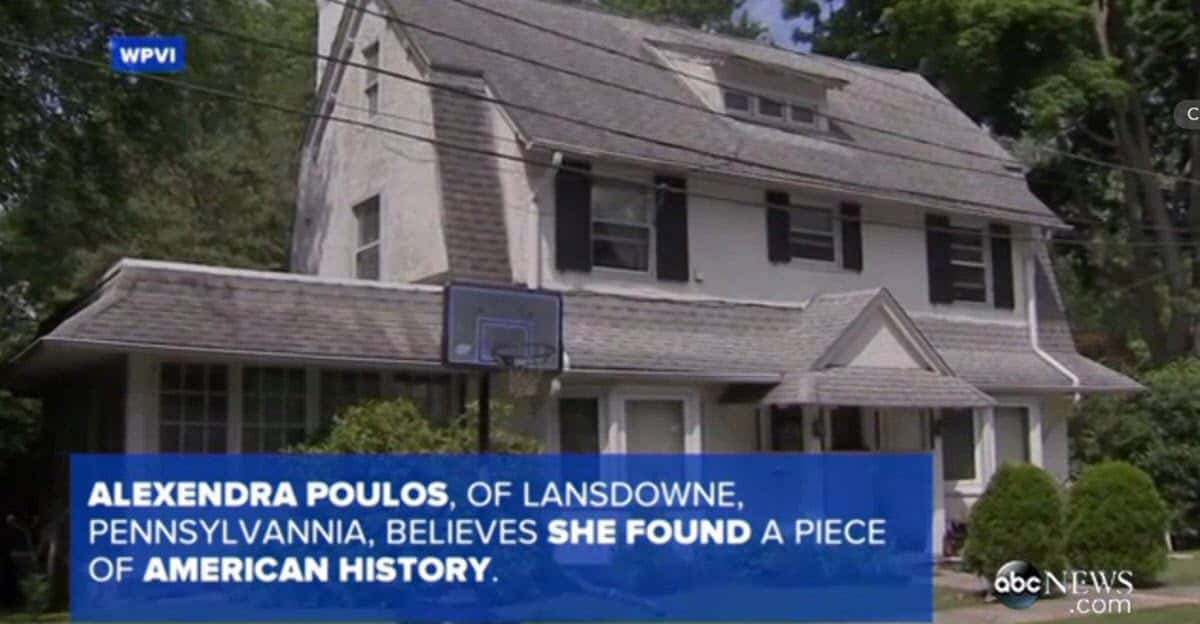 Years passed and the deed to the house transferred to Alexandra’s name after her father moved out and mother and brother died. She decided to rent out the house. During their stay, the tenants alerted her of some repairs that need to be done in the basement. That is when things started to get interesting.

When she decided to inspect the basement of the house, the 40-year-old landlady found cracking walls and a busted cast-iron sewer pipe. This brought back a memory about the basement from her childhood.

“There was a neighbor out back, an old doctor and his wife. She told my dad, ‘You know there’s a basement under your basement.’ My dad just thought she was crazy or whatever. Long story short, I always had that in the back of my mind,” she told ABC.

Since then, she started researching the history of their home. She turned to the Internet for answers and came across an article about the Underground Railroad.

“I came across an article that said there was this house that’s, like, a five minute drive from my house and the owners found out it was linked to the Underground Railroad,” she said.

Because of that, she asked the contracting company that is repairing her basement something peculiar:

“Can you dig a little deeper?”

She then received a call confirming her suspicions. She lived in a home atop unknown room 14 feet below. This, she thinks, is part of the 19th century networks which provided escape for slaves and lead them to freedom.