Resigning from a job can spark strong emotions for most individuals. To some, it could be bittersweet as they bid farewell to the friends they’ve made in the workplace while wondering about what opportunities lie ahead afterwards. To others, it could be a feeling of great relief, especially if the environment has been very toxic for them.

Regardless of how you feel, being at your best self on your last day is what’s important. You gotta leave with a bang, right? Well that’s exactly one bank worker did and he gained viral fame because of it! 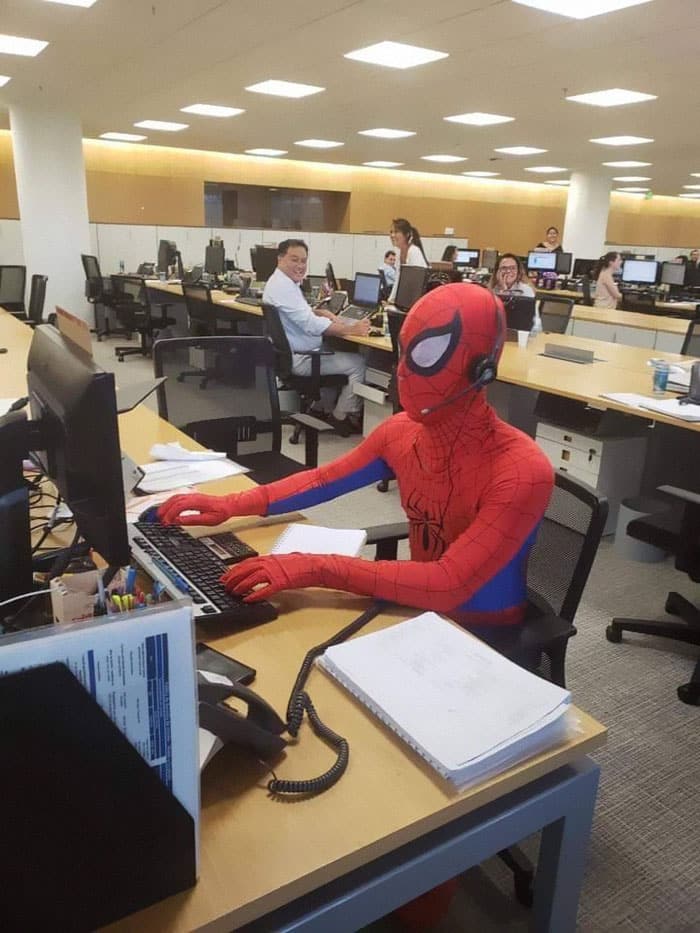 In an Imgur post by user ksguile, we learn about a guy who decided he’d have a little fun as he reported for his final day at his job. So he showed up in a full Spider-Man costume! 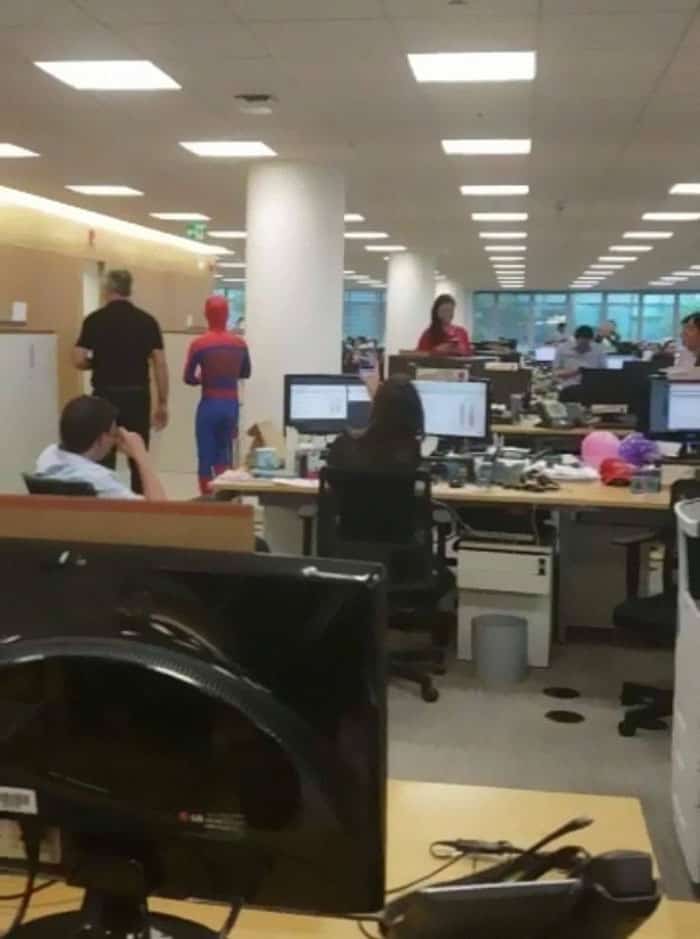 The only downside to the stunt, however, was that the ex-banker worked in the analysis department. So aside from his co-workers, no customer spotted him that day.

Despite that, photos were taken and were shared online which led to a lot of netizens being thrilled by it as the post eventually made its way to 9GAG and other popular sites.

Not all heroes wear capes indeed! 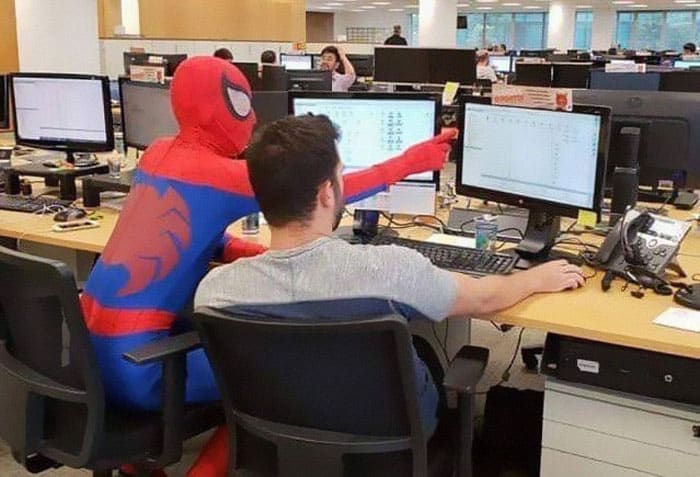 It didn’t take long before the jokes came pouring from commenters, with someone saying he’s probably pursuing ‘web development’ soon and another mentioning he might be going full-time as a crimefighter soon. 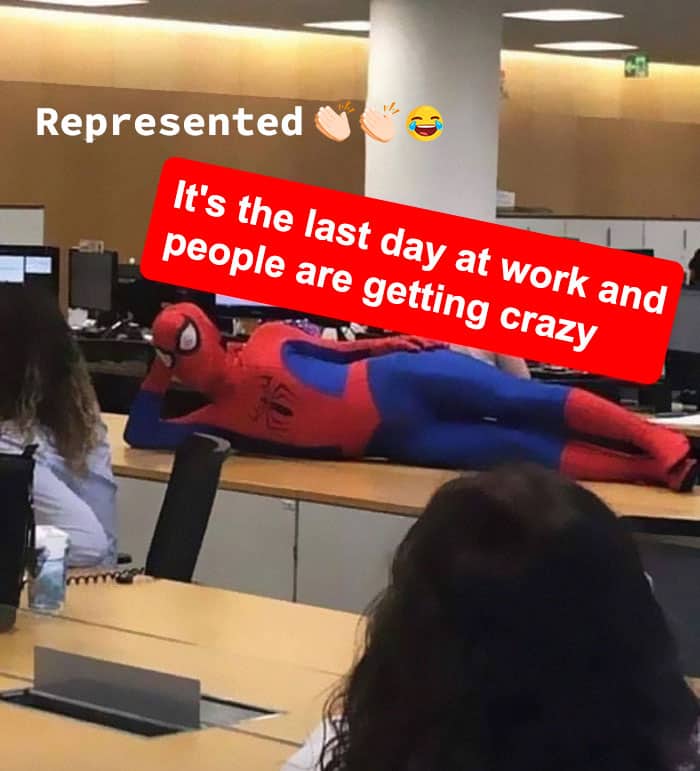 Needless to say, everyone’s favorite wall-crawling superhero made everyone happy – except his boss, probably? So far, we have no information about the boss’ reaction but considering this is the guy’s last day, they just probably let it slide. Besides, he was tasked to pass candies around to others so we’re assuming it’s all good for him.