In his second State of the Nation Address, Philippine President Rodrigo Duterte happened to mention one of the bloodiest events in his country’s history. He referred to the Balangiga massacre, which happened 116 years ago in the town located in the province of Eastern Samar. The said province is located in the Visayas region.

Duterte is known to be wary of American influence. As everyone knows, the US and the Philippines has maintained a very tempestuous relationship. For the most part, the two countries are tagged as allies. Then again, this doesn’t mean that there are no contentious issues between them. That said, the Balangiga massacre remains an “unhealed wound” in the US and the Philippines intertwined history.

The Philippines had President Emilio Aguinaldo, but US presence made things complicated. 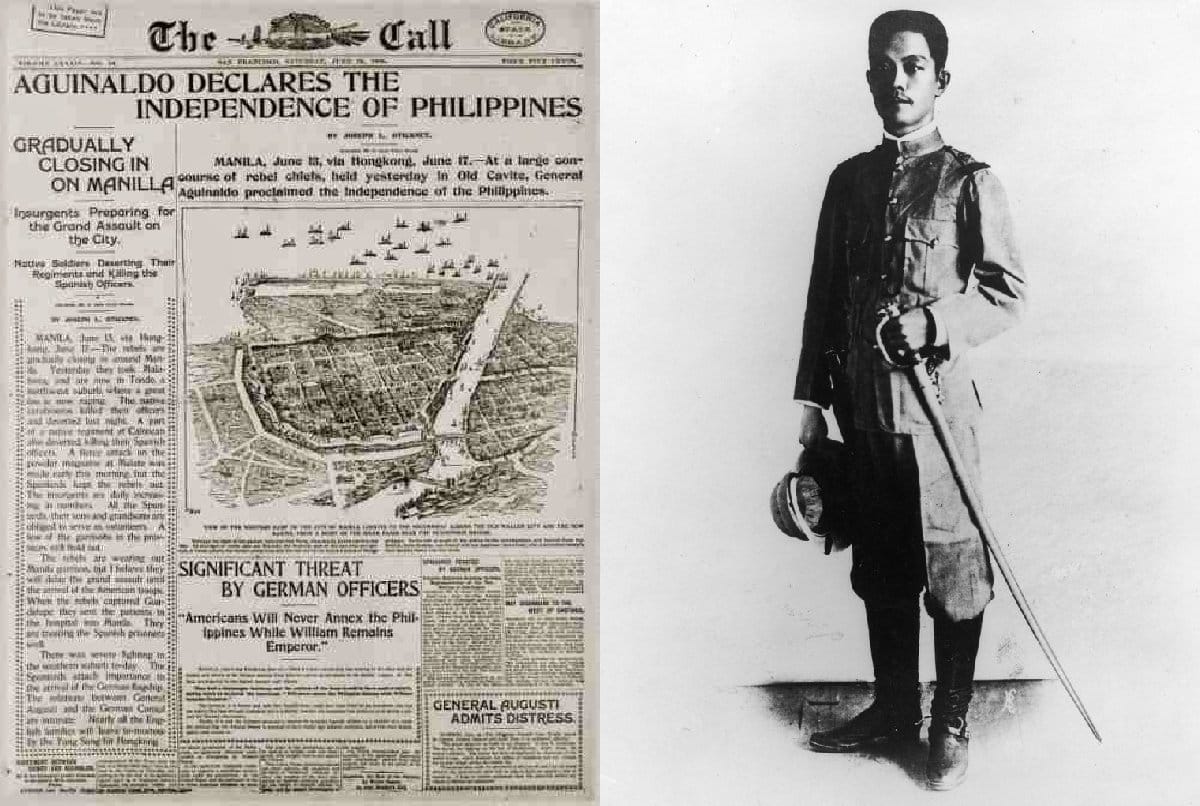 Source: The Call and Fotosearch / Getty Images (Auinaldo via ThoughtCo)

The Americans claimed the Philippines as a colony in 1898, taking over from Spain’s rule of more than 300 years. Naturally, Filipinos resisted their new rulers. There were guerrillas fighting them in every part of the country. The Americans, of course, wanted to stamp out these pockets of resistance to prevent Filipinos from coming together and starting a nationwide rebellion.

Meanwhile, the guerrillas in Balangiga were led by General Vicente Lukban, who had been designated to govern the island on behalf of the first Filipino President Emilio Aguinaldo.

A quiet little town with a brutal history. 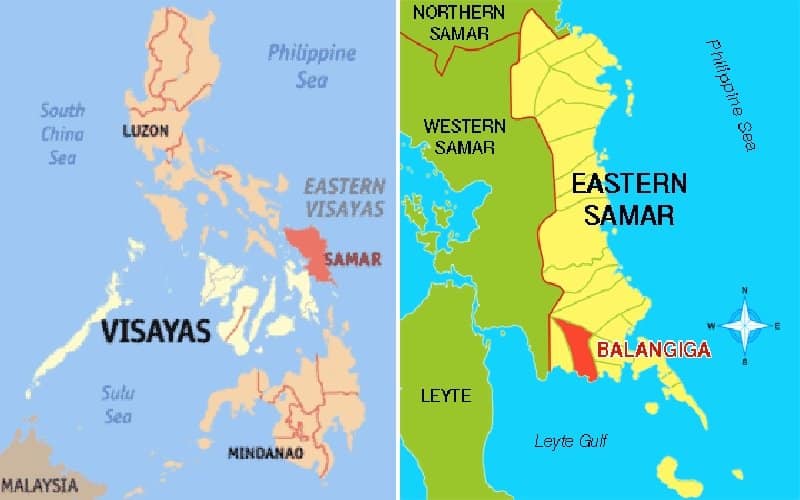 Company C of the 9th US Infantry Regiment was ordered to subdue the guerrillas in the island of Samar. On August 11, 1901, they arrived in the location. In fact, their first task was to prevent supplies reaching Filipino guerrillas in the interior. This was under the orders of Brigadier General Robert P. Hughes, who commanded the Department of the Visayas and was responsible for Samar. Hughes wanted to force the rebels to surrender with an aggressive strategy of food deprivation and destruction of property.

The Americans and some Balangiga residents in happier times. 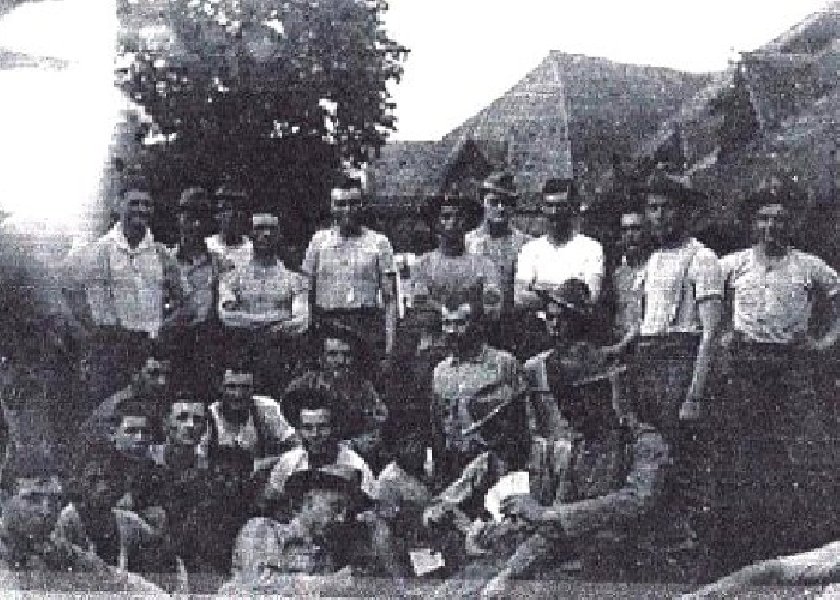 Company C’s soldiers were initially friendly towards the people of Balangiga. However, this changed when two drunk American soldiers tried to molest the girl tending the store. Luckily, the girl’s two brothers came to her rescue. They beat up the soldiers. 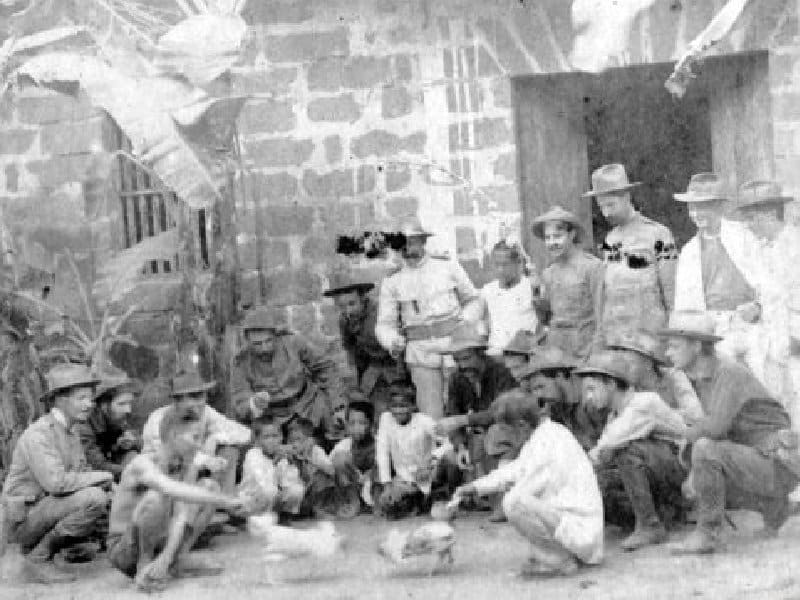 Due to the incident, Company Commander Capt. Thomas W. Connell decided to round up over 143 male residents of Balangiga. They were all forced to clean up the town in preparation for an official visit by his superior officers. Connell also ordered his men to confiscate all the weapons (mostly bolos and machetes) from the men’s respective homes and destroy any stored rice.

On top of that, the men of Balangiga were treated badly. They were detained overnight and not given any food. Naturally, this enraged them and they plotted to attack the U.S. Army garrison. The mastermind of the plot was Valeriano Abanador, the local chief of police. Five other men and two guerrilla officers helped him plan the attack. Among their strategies was to have some of the men dress up as women. These men were assigned to launch their attack from the church.

Balangiga natives only had these weapons so they relied on their wits. 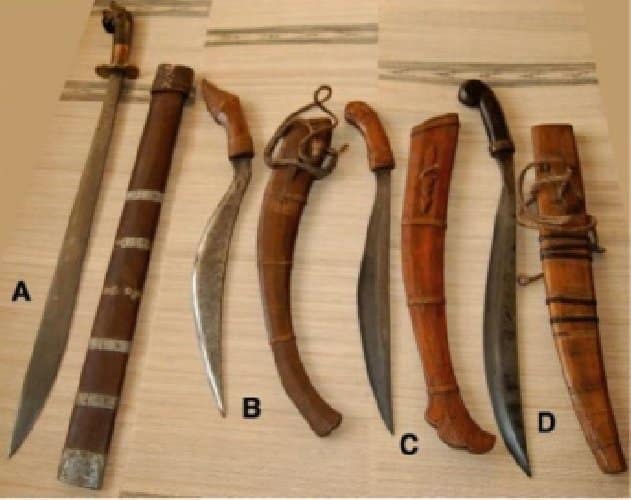 However, guerrilla leader General Lukban had no idea about the people’s plot. He only learned about it later. Even so, the people of Balangiga managed to organize themselves into seven attack units composed of a total of 500 men. “They represented virtually all families of Balangiga,” noted Arnaldo Dumindin in his paper, “Philippine-American War, 1899-1902.”

On September 28, 1901, the men of Balangiga attacked the Americans at their sentry points. The element of surprise was on their side as they managed to get the upper hand. Ultimately, the surviving Company C soldiers escaped by sea to the towns of Basey and Tanauan in Leyte.

Meet the Balangiga man who organized the sneak attack on US soldiers: Valeriano Abanador. 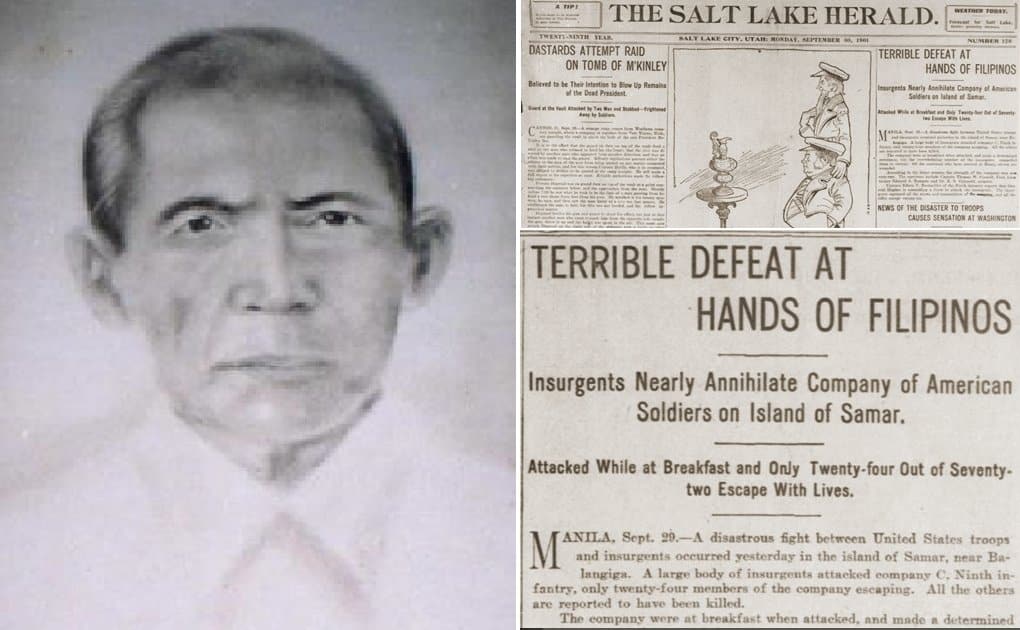 The attack of the Balangiga men led to considerable casualties among the Americans. Out of the 74 men in Company C, 36 (including all its commissioned officers) were killed in action. Another 22 were wounded in action, eight later died from their wounds, and four went missing in action. It turned out that only four Company C members managed to escape.

Among the villages, 28 died and 22 got wounded. They managed to take 100 rifles and 25,000 rounds of ammunition from the Americans. 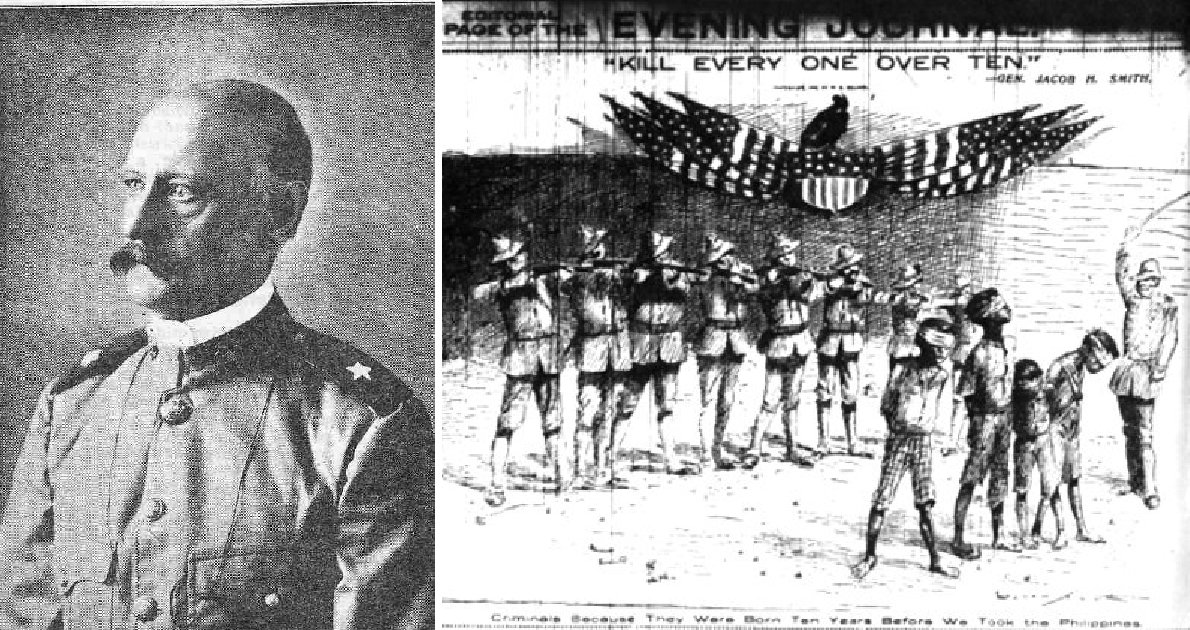 The Balangiga rebellion against Company C was an affront to the US military. The Americans wanted payback. Thus, US President Theodore Roosevelt ordered Major General Adna R. Chaffee, military governor of the Philippines, to pacify Samar. Take note, their “revenge” covered the entire province of Samar and not just Balangiga.

Major General Chaffee, in turn, appointed Brigadier General Jacob H. Smith to implement the so-called “pacification.” In other words, it was an order to subdue the people of Balangiga at all costs.

The shame over the Balangiga defeat had them hungry for revenge on Filipinos. 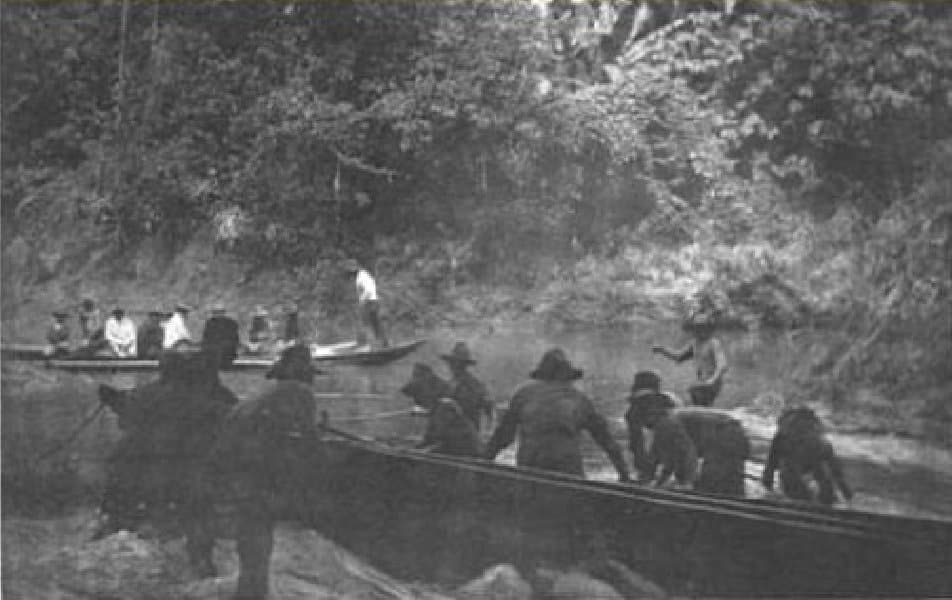 General Smith took his mission seriously. He worked with Major Littleton Waller, commanding officer of a battalion of 315 US Marines assigned to bolster his forces in Samar. These are the chilling words that Smith told Waller:

“I want no prisoners. I wish you to kill and burn. The more you kill and burn, the better it will please me. The interior of Samar must be made a howling wilderness.”

American soldiers burn down a church in Samar. 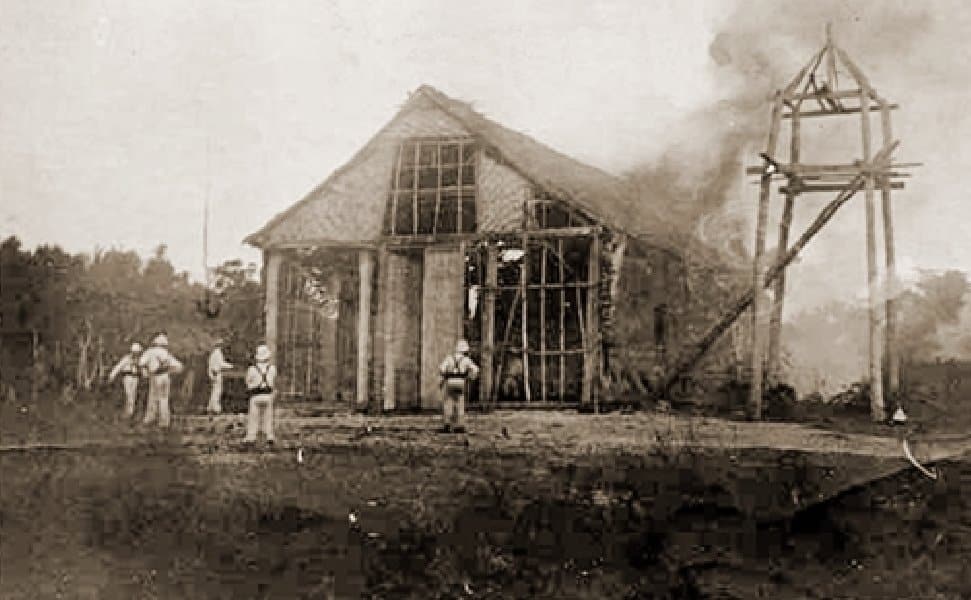 Major Waller was said to have questioned Smith’s order. He then asked General Smith about the “age limit” of the people they were supposed to kill. General Smith had replied, “Kill everyone over the age of ten.”

Once he was in Samar, General Smith also told his men to “shoot on sight of all persons not in uniform but were acting as soldiers,” as well as “those committing or seeking to commit sabotage.”

American human rights advocates were shocked by what happened in Balangiga. 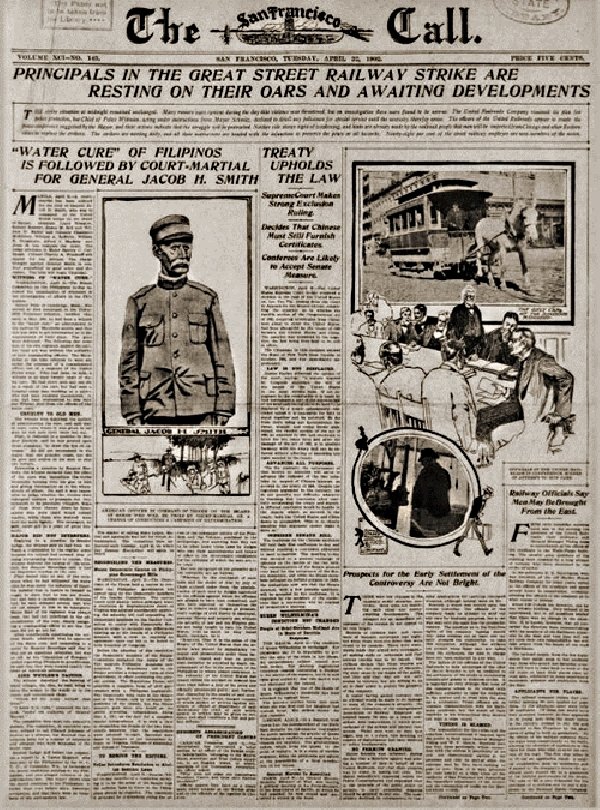 Indeed, the carnage that ensued in Balangiga and the rest of Samar was said to be beyond brutal. It lasted from November 1901 to January 1902.

The exact number of civilians butchered by US troops will never be known. However, in his book Guerrilla Warfare Revisited, American historian Kenneth Ray Young put the death toll at 50,000.

The torture tactics that US soldiers used on Filipinos were exposed to the American public. 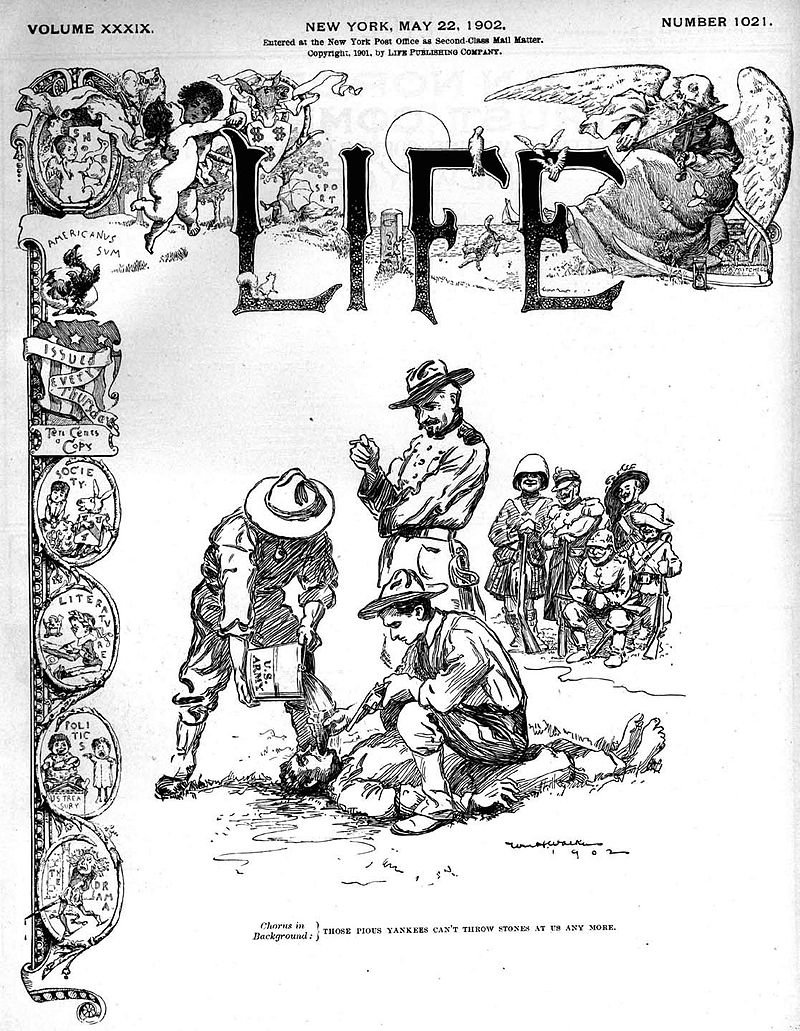 Balangiga was reduced to ashes and the famous bells of its church were taken by American soldiers as spoils of war. The bells remain with the Americans. Two are exhibited at Fort D.A. Russel (now F. E. Warren Air Force Base) in Wyoming and one is at Camp Red Cloud in Korea.

To date, the US has not returned the Balangiga bells to the Philippines. 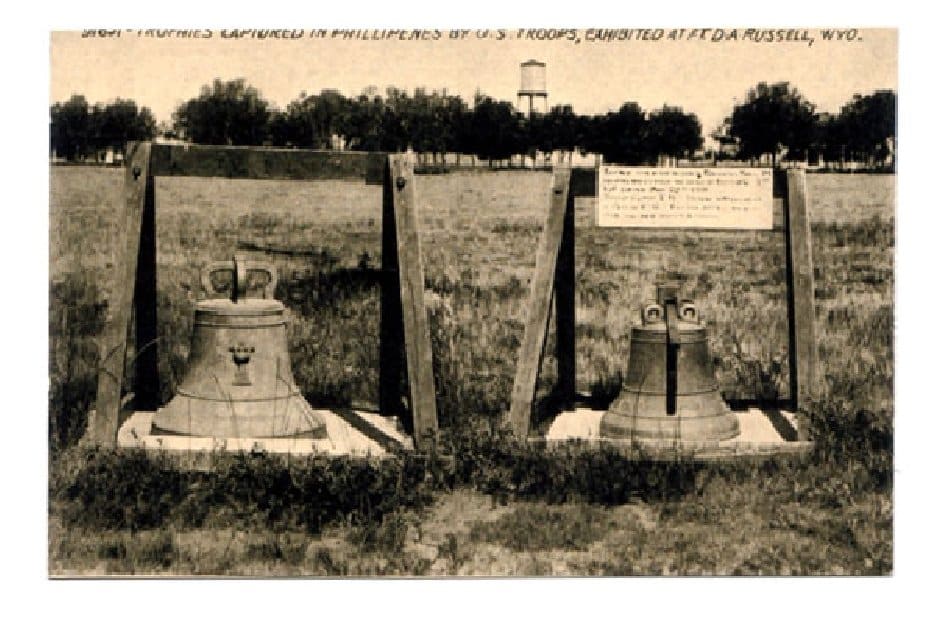 In the aftermath, General Smith and Major Waller faced the court martial for war crimes. Waller was found not guilty. Smith was found guilty but his only penalty was that he was forced to retire.