People will always find creative ways to get the job done. One awesome man decided to use a tiny go-kart to transport firewood. He showed off his impressive driving skills on a busy highway.

A motorist found the man on the streets of Brazil. They couldn’t believe the sight and immediately recorded the awesome fellow as he maneuvered the go-kart down the highway. Needless to say, it was like a real-life Mario Kart but without the mushrooms and banana peels.

Big bus? Throw a Koopa shell at it. 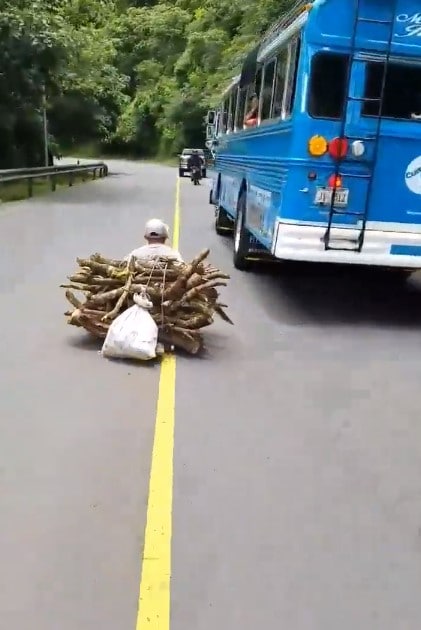 The video follows the man down the busy highway. There is a tense moment when he maneuvers the go-kart around a huge bus that has stopped on the road. People were understandably concerned since he was so low in the ground that the bus driver might not see him. Nevertheless, he passed the obstacle with no problem.

The kart is loaded down with firewood, which made a scratching sound throughout the video. There is also a bag attached to the firewood. People noted that he could have launched the bag like a Koopa shell at the motorist.

It might look like the go-kart was driving at a leisurely pace. However, the motorist showed his odometer to prove their speed. The motorist himself was going at 52 mph with the man easily in the lead.

You can’t keep up with this guy, he’s going for first place! 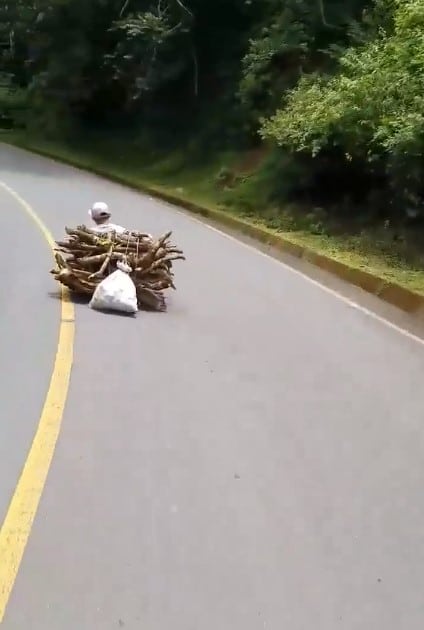 The amazing video is a huge hit on the internet. Interestingly, it also offers a glimpse at how different traffic works in Brazil.

One netizen pointed out that go-karts are a common mode of transportation in Brazil. Most workers use the karts to transport their wares, similar to the awesome man with his firewood.

Although it’s an awesome video, we wouldn’t suggest copying the man’s unusual mode of transport. Go-karts are not safe to drive on busy highways so if you need a kick of adrenaline, it’s best to stick to Mario Kart.