There is little doubt that Flat Earthers have some unconventional beliefs. However, one particular idea is causing outrage and confusion. According to the Flat Earthers, Australia doesn’t actually exist. They even pointed out that the country is “one of the biggest hoaxes ever created.”

A Facebook rant has gone viral after the page Flat Earth Believers decided to reveal the truth about Australia. In the post, they point out that the country “is not real” and that is was “made for us to believe that Britain moved over their criminals to someplace.” The rant even goes as far as claiming that the so-called “Australians” are just “actors and computer-generated personas.” 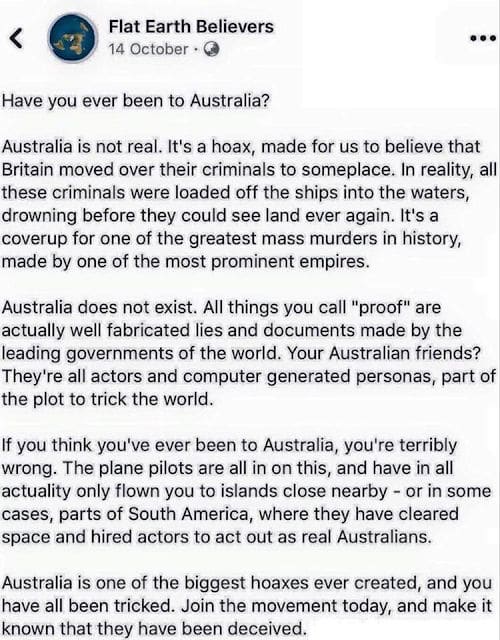 So why was Australia even faked in the first place? According to the post, it has to do with British criminals who were sent off to live in a new location. Unfortunately, these people never reached their destination but Britain pretended they all ended up in the new country. “It’s a coverup for one of the greatest mass murders in history, made by one of the most prominent empires,” they wrote.

The rant continues by stating that “proof” of Australia’s existence “are actually well-fabricated lies and documents made by the leading governments.”

“If you think you’ve ever been to Australia, you’re terribly wrong. The plane pilots are all in on this, and have in all actuality only flown you to islands close nearby – or in some cases, parts of South America, where they have cleared space and hired actors to act out as real Australians.”

So does this mean kangaroos are just made-up animals? 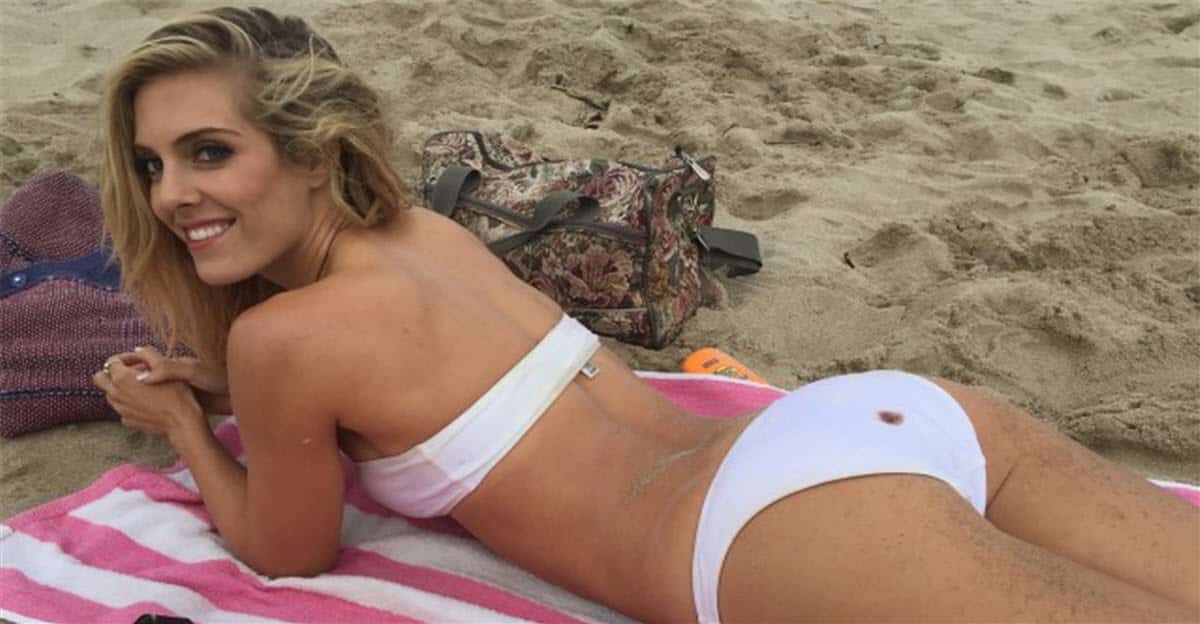 It’s certainly a strange idea that somehow dismisses the existence of an entire country and its 25 million inhabitants. Some people have even responded claiming that they live in Australia. Nevertheless, the comments were shut down by the page saying that they have been “brainwashed.”

Just in case you were wondering, Australia still appears to be real and it’s still filled with scary animals.