Tsunamis can be unpredictable and destructive forces of nature. There are several causes for the calamity yet Australia is already prepared for anything. The country has already created a system that will predict when a 200-foot tsunami will hit anytime in the future.

Australia was relatively safe when the disastrous 2004 tsunami swept across Thailand. Nevertheless, experts have revealed that an even bigger tsunami could ravage major cities at any time. Not surprisingly, the Bureau of Meteorology (BOM) has created the Australian Tsunami Warning System (ATWS) Project as the last line of defense.

Sydney is one of the major cities that could be hit by the 200-foot tsunami. 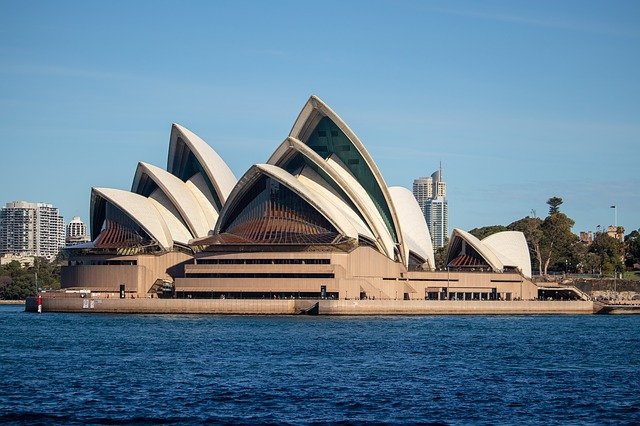 BOM worked with Geoscience Australia (GA) and Attorney-General’s Department (AGD) on the project, which works as “a comprehensive, independent tsunami warning service.” The system will “advise the media, public and emergency authorities of any tsunami threat” to the country and its surrounding territories.

The seismologists at the Joint Australian Tsunami Warning Centre (JATWC) already have a “tsunami watch” phase where they keep an eye out for underwater earthquakes.

So how does it work? A surface buoy is sent out into the water and anchored to the ocean floor. It is followed by a tsunameter, a device which detects any changes in the water pressure. The two devices will work together in predicting any incoming tsunamis.

An illustration of how the tsunami warning system works. 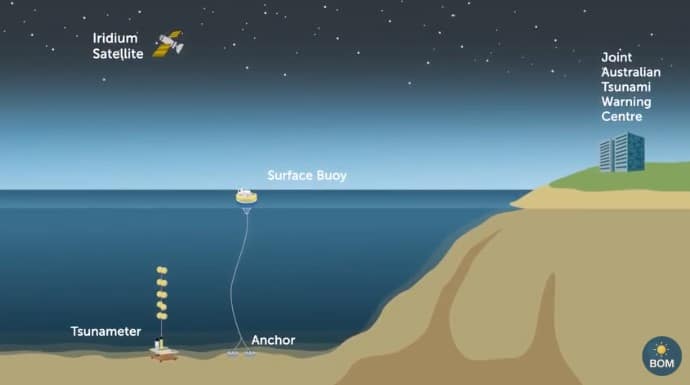 The tsunameter sends a signal to the buoy, which in turn relays the message to a satellite. The warning is then sent to the JATWC seismologists.

The system won’t prevent the tsunami but it will definitely help in reducing the number of casualties in case disaster strikes. Dale Dominey-Howes, co-director of the Australian Tsunami Research Centre at the University of New South Wales in Sydney, says that Australia needs to be prepared since the massive tsunami could happen at any time.

“If it occurred without warning on a Saturday afternoon in summer the impacts would be catastrophic,” Dale says. “I suspect it’s only a matter of time before we are affected by something damaging.”

Watch how the tsunami detection system works below: