While Photoshop is indeed a very useful tool in enhancing images and beautifying photo backgrounds, we also couldn’t deny the fact that it has likewise been utilized in deceiving people. Just take a look at product advertisements where the items do not look anything like the real deal at all. Or the celebrity magazine covers that are so heavily-Photoshopped we almost can’t recognize the person anymore.

It can be pretty disappointing, to say the least. And yes, we all know that the tool isn’t going away anytime soon and so we can all expect that the worst uses are yet to come.

Every once in a while, however, there are those who go against the flow and just simply refuse to use any ‘improvements’ on their photos – Like Asos. 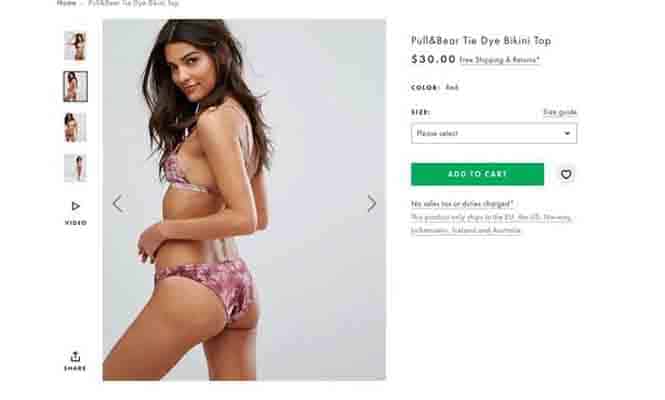 Call it a publicity stunt or whatever you will, but Asos’ decision of not using the airbrush tool in their model photoshoots is definitely something totally brave. It’s obviously something you don’t see everyday in the fashion industry where everything always has to be perfect.

The models’ stretch marks can be clearly seen in the pictures. 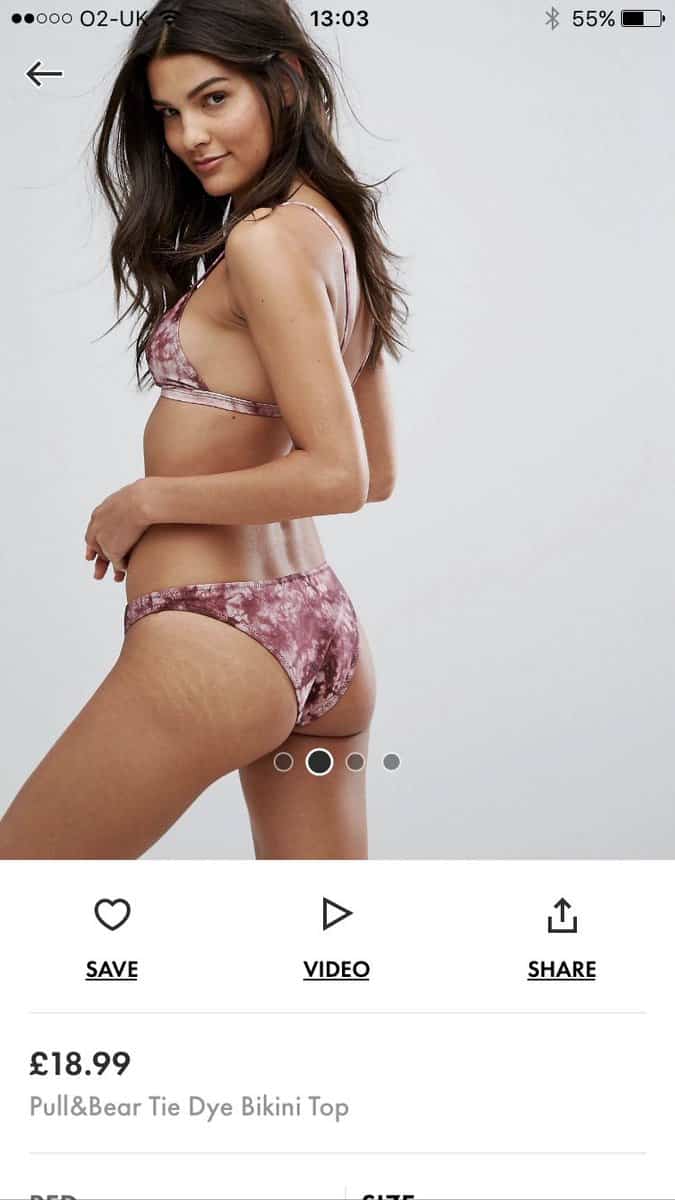 The photos have since been heavily-praised on social media. Countless netizens have said that the photos were “beautiful” and “powerful,” celebrating the differences and even the imperfections of people’s bodies.

“So impressed with @Asos for not airbrushing the models stretchmarks. She looks amazing!”

Various websites, such as Mirror, also covered the story.

No one is perfect and that is beautiful. 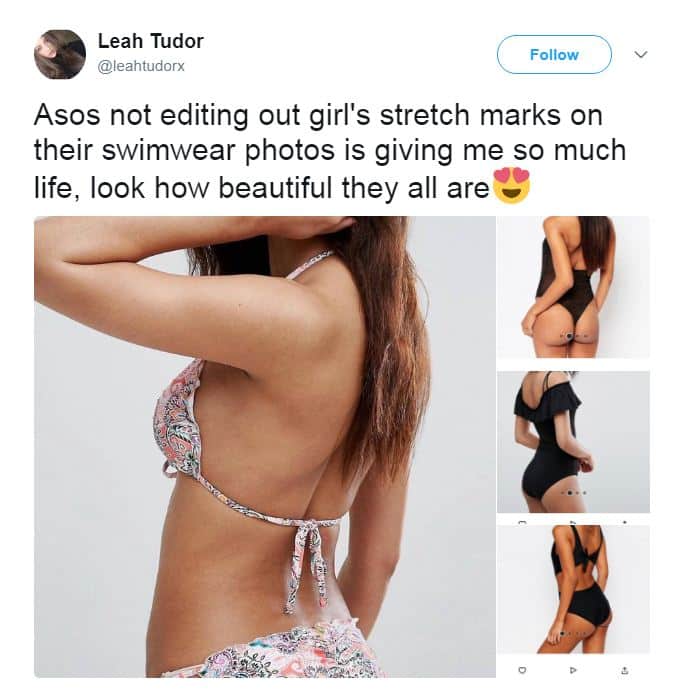 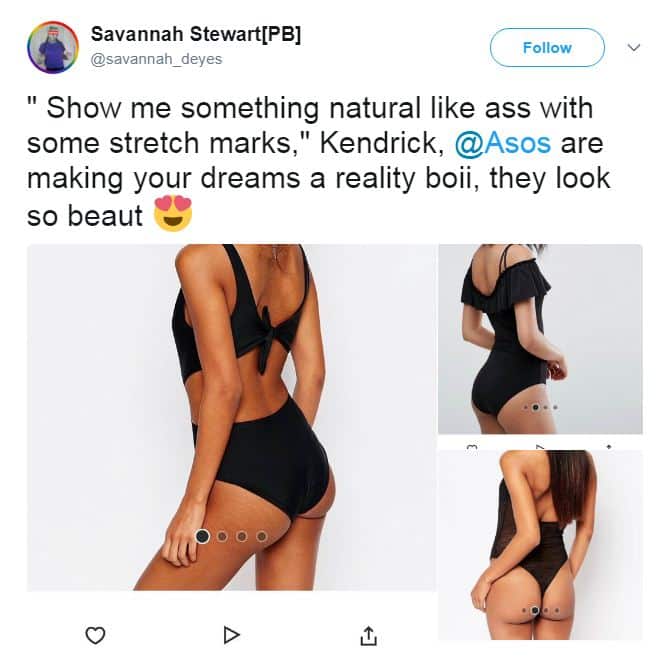 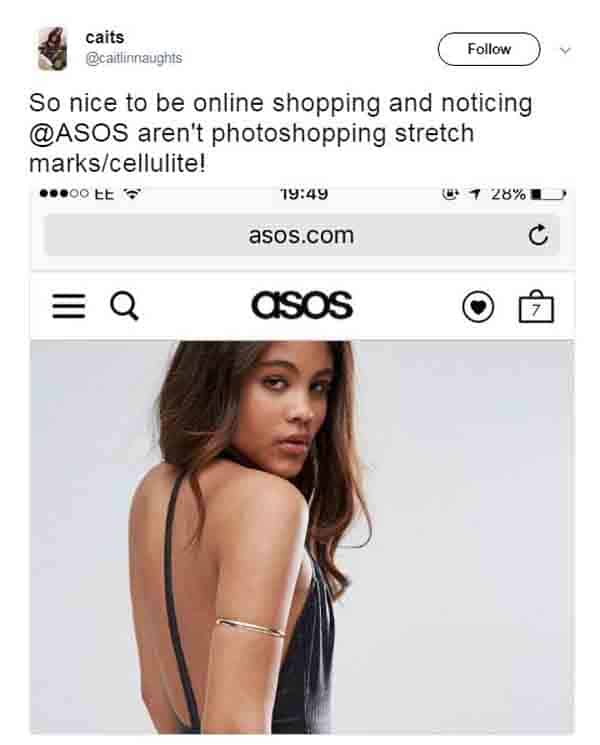 “Yesssss a step in the right direction! …hurray for @ASOS”

So if you’re looking forward to buying a swim wear soon, you might want to head over to the Asos website.