Being out on the road, whether as a driver or as a pedestrian, can be very stressful at times. We all have to deal with inconsiderate and rule-breaking road users now and then. They can absolutely ruin our day, if not put our lives in serious danger. This explains the growing road rage cases that are being documented.

When someone cuts in front of you or almost runs you over, anger can be the first reaction. But we say it pays to keep your emotions in check when out on the road. It can sure save you from a lot of trouble.

Just take a look at this guy who gets instant karma while throwing a fit.

See the angry pedestrian walk right into a pole while having a fit.

The clip was also posted on r/BetterEveryLoop and has since gone viral.

According to Mashable, the video was taken in Adelaide, South Australia. In the 19-second clip uploaded on YouTube, an old man crossing the street with his dog can be seen getting mad and pointing at the driver. It seems the man is angry at the driver, possibly because of the speed of his car.

The old man then points to the ground and makes a seemingly angry hand gesture – all while crossing the road and looking at the driver. Quickly after that, not seeing the structure ahead of him, the old man walks right into a pole and hurts his face. The driver can be heard laughing in the background. 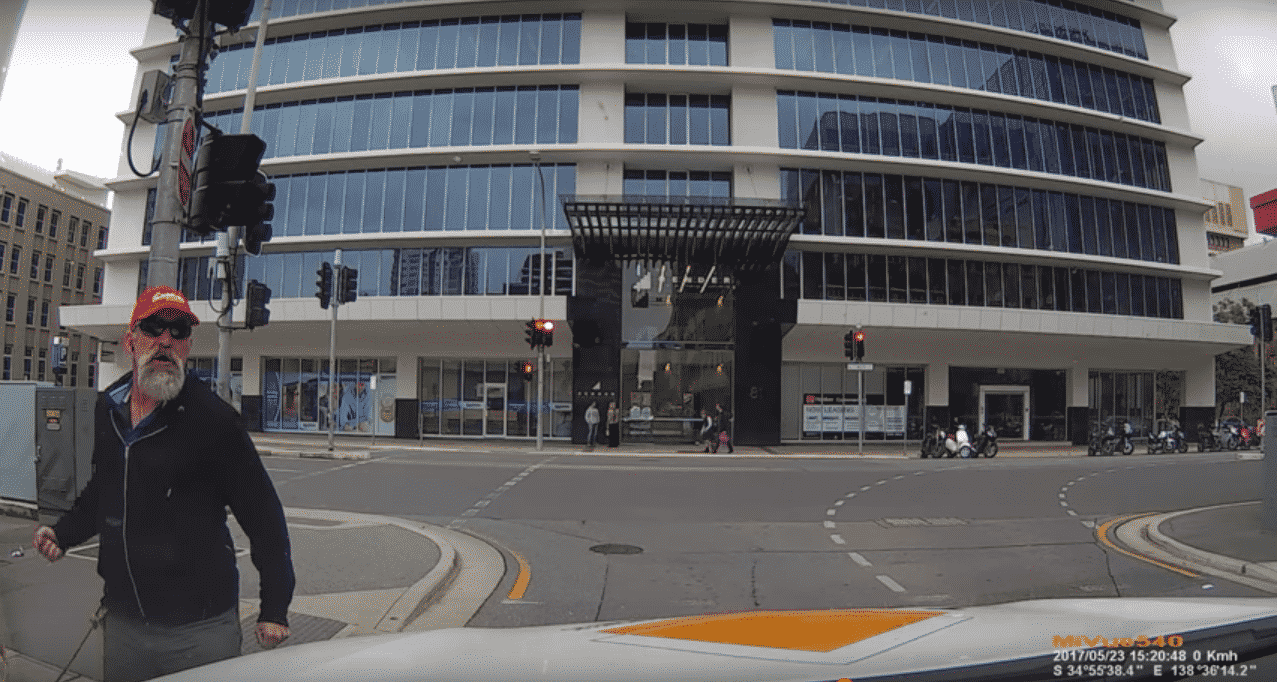 The fuming pedestrian doesn’t stop after the incident. He moves closer to the car, still angry, uttering some unintelligible words.

“I have headphones on when looking at this video. He doesn’t look angry at all, he looks like he’s jamming then hits the pole. Such a character.”