Perhaps best known for her role in the blockbuster Hunger Games, actress Angel Giuffria is also a self-proclaimed “cyborg.”

She was born with only one arm and have been using prosthetics ever since she can remember. What’s most noteworthy about this amazing lady though is her personality. She has always been cheerful and optimistic despite her physical infirmities. 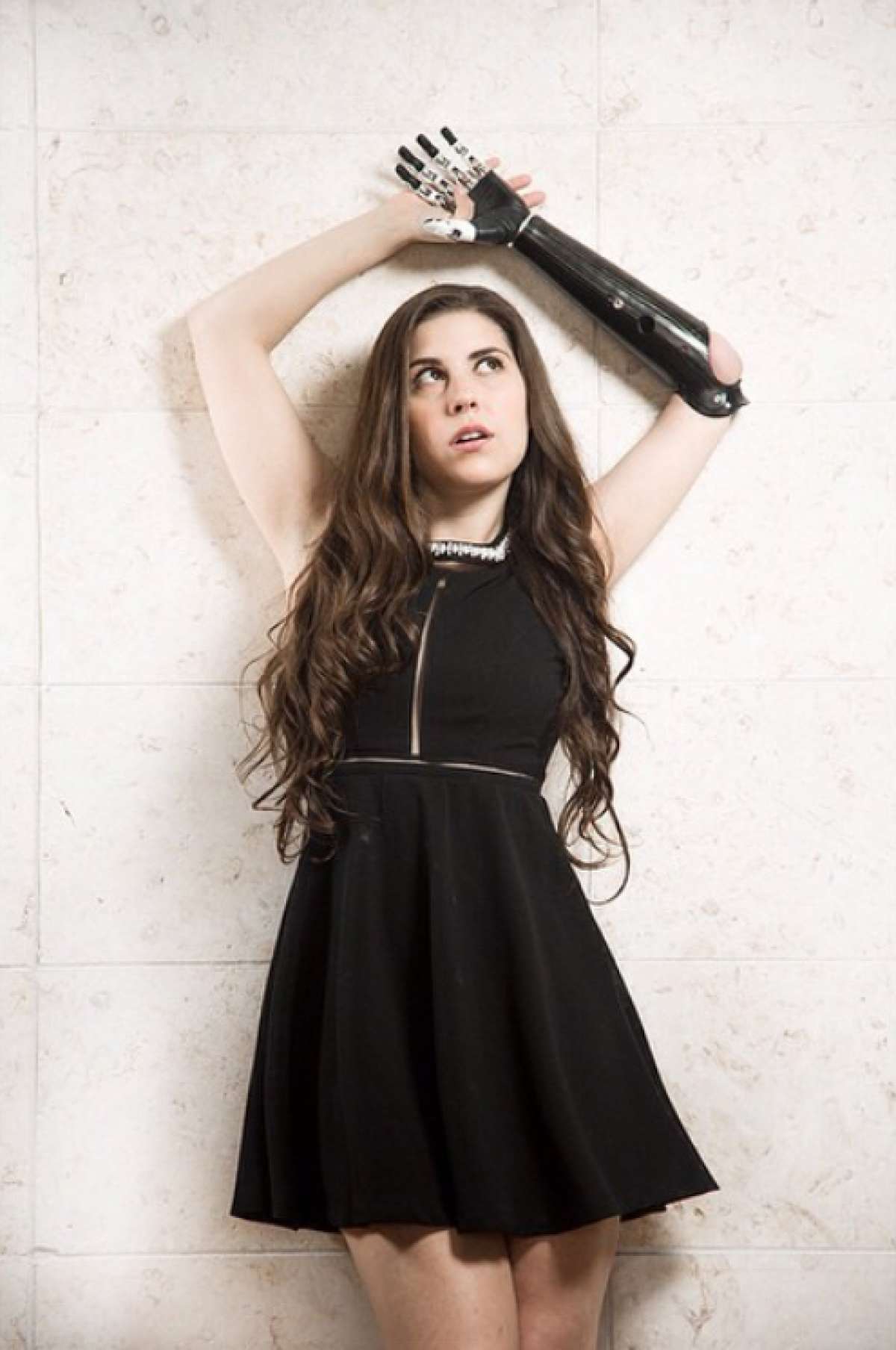 Currently, she is using the bebionic3 which is considered as the most advanced prosthetic arm in the market. Compared with other bionic arms, this one is much smaller in size and has modern features which allows Angel to control it with ease. By flexing the right muscles, the electrodes receive the impulses and lets the prosthetic know whether Angel wants to pick up a pen, hold a bottle, or use the arm and hand in any other way.

Born with only one arm, she started wearing bionic arms when she was very young. 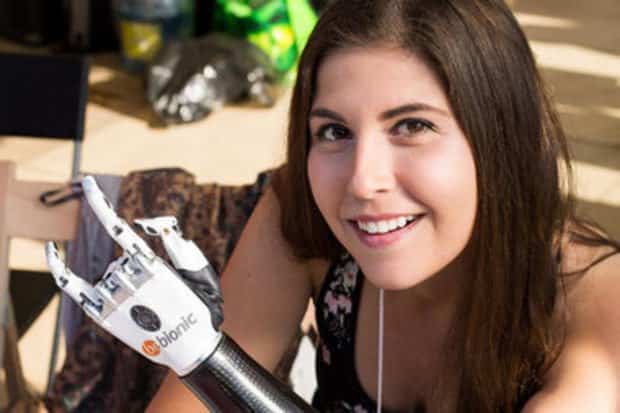 When asked about her experience using the bebionic3, the actress replied:

“It’s been awesome since I’ve had it. I was born without my arm and I’m actually considered the youngest in the world to wear a myoelectric [muscle-controlled prosthetic], which is the first generation bionic arm. I got my first arm at four months, 10 days old, so I’ve actually had the experience of growing up with different technologies of the prosthetic and bionic arms.”

Aside from her career in the entertainment industry, she loves promoting technology to other amputees. 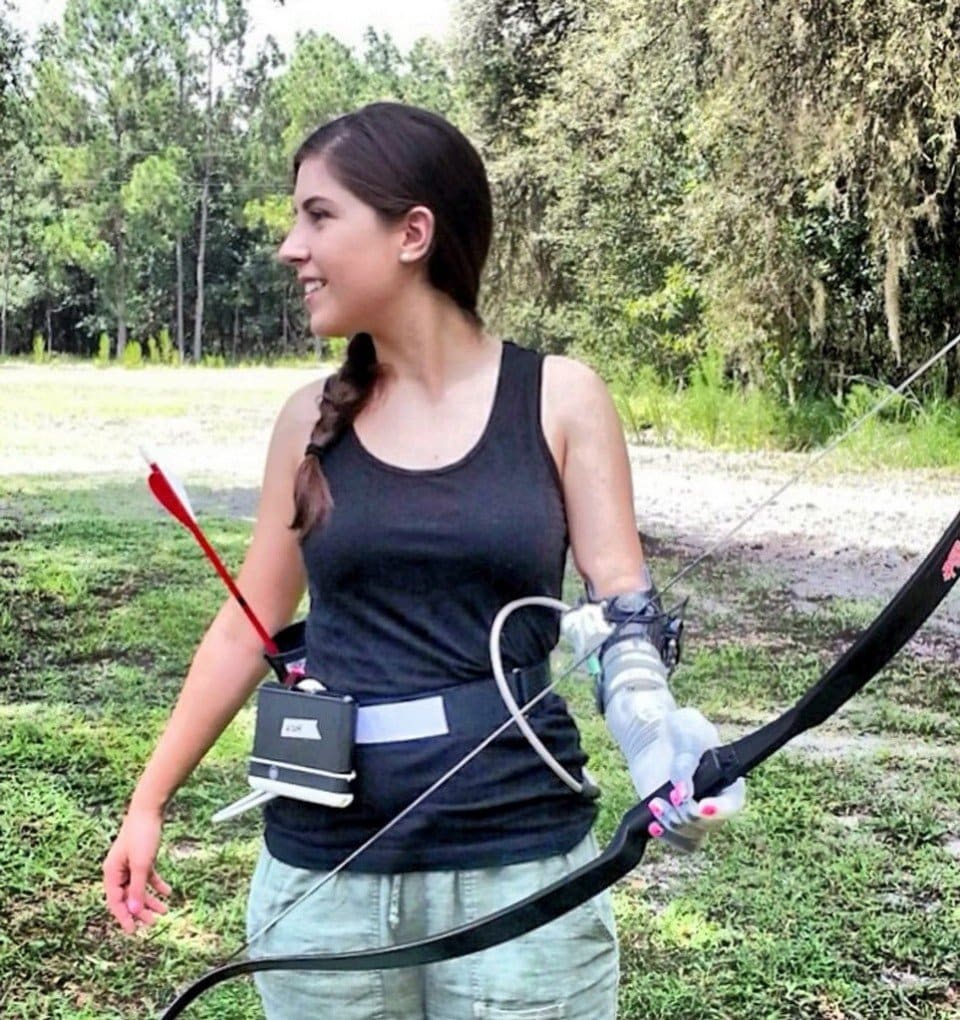 A strong advocate of technology, Angel visited Russia lately for Geek Picnic, a science and technology festival where she took the time to meet with fellow amputees to talk about modern bionics.

In the middle of it all, she manages to maintain a positive outlook in life, saying:

“I never lost a hand—I never had a hand—and I like that I’m different. It’s awesome, so I kind of want to continue to play on that. I love my prosthetics, I love my bionic arm, I like being referred to as a cyborg. I think it’s so much fun.”

Our hats are off to this remarkable young woman!