We often read stories about dogs and how they’ve risked their own safety just to save the people they love. And we’ve also known several heroic men and women who volunteer themselves to rescue these four-legged creatures to give them a second chance at life.

But who I admire the most are the ordinary people who go beyond the unexpected just to save dogs that are helpless and are in danger. Just like this amazing woman named Andi Davis.

Davis was out hiking along a remote mountain trail in the Phoenix Mountain Preserves when she saw a pit bull lying on the rocks. At first, Davis was apprehensive to approach the poor pup.

From the way the dog lay on the rocks, she assumed its legs were broken. 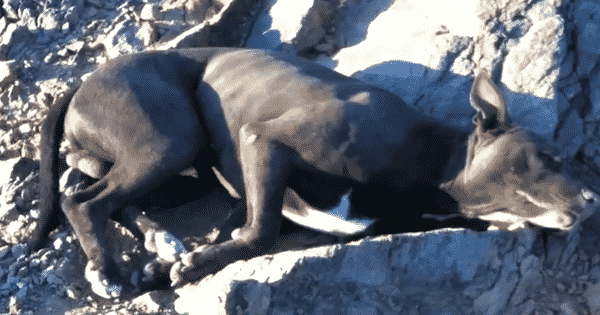 But when she saw the poor dog look up at her as she reached for her water bottle, she knew she had to do the right thing.

Davis gave the pit bull water, lifted the 50-pound pup into her arms, and carried the injured dog in her frantic effort to save its life.

After at least an hour, she finally reached the bottom of the mountain where her husband and daughter waited for her. The three of them immediately rushed the dog to the humane society. There, she learned that the dog’s legs weren’t broken; the pit bull was shot in the neck!

After receiving the treatment the dog needed, the Davis family decided to adopt the dog and named him Elijah.

Elijah is now happy and safe, living with a family who truly cares for him. 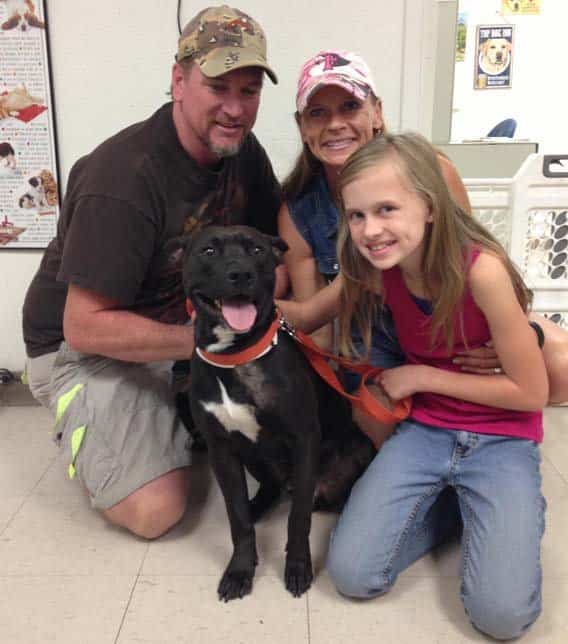 Watch this heartwarming and eye-opening video: