In 2007, Dmitri Dey, an archaeology enthusiast, discovered earthworks in Kazakhstan using Google Earth. The geoglyphs, which now number at around 260, are distributed across a vast expanse of land in the Turgai region in central Kazakhstan. The earthworks were created using mounds of earth and measure about 3 feet in height and 30 feet in width.

At present, researchers from the Kostanay University in Kazakhstan and the Lithuanian Institute of History are trying to determine the age and purpose of the geoglyphs. However, archaeologists have yet to identify who made these structures and what its purpose is.

These ancient geoglyphs were discovered via Google Earth. 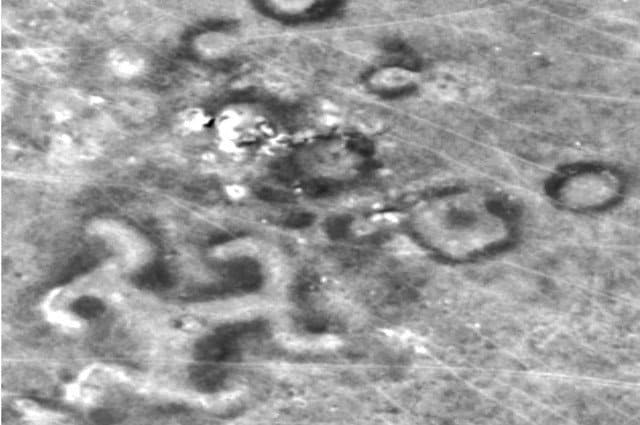 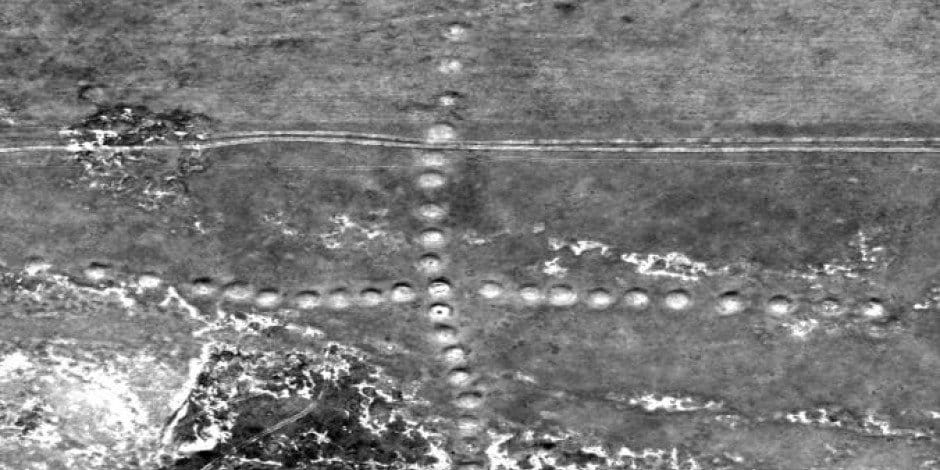 Archaeologists Irina Shevnina and Andrew Logvin told Live Science, “We can say only one thing – the geoglyphs were built by ancient people. By whom and for what purpose, remains a mystery.”

The origin and purpose of these earthworks remain unknown. 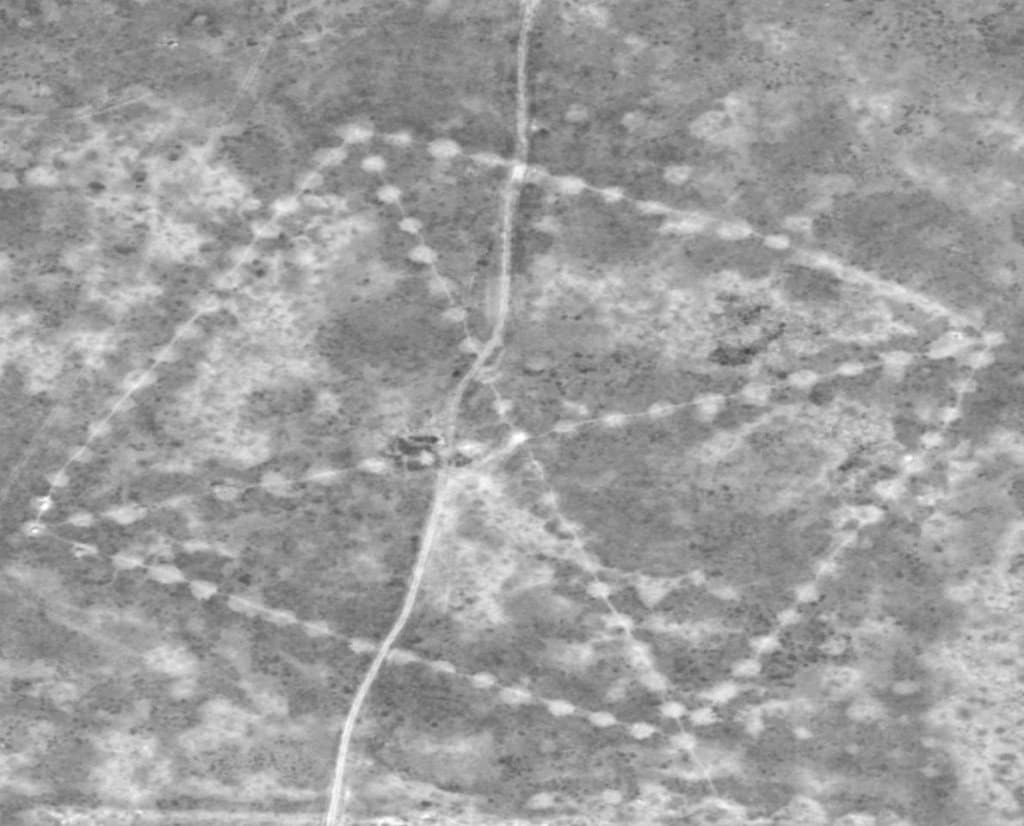 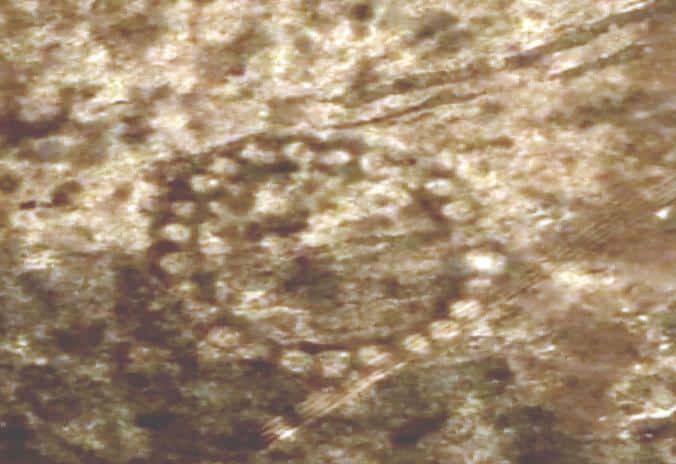 Researchers have yet to decipher the actual age of the earthworks. Dey and the researchers at Kostanay claim that the geoglyphs could be about 8,000 years old, based on the extent of soil erosion and on the Neolithic flints found at the site. However, Dr. Giedre  Motuzaite Matuzeviciute of the Lithuaninan Institute of History argues that the geoglyphs are about 2,000 years old, based on a method called luminescence dating. Luminescence dating estimates age based on exposure to sunlight or intense heat over time. Matuzeviciute told National Geographic that these geoglyphs may have been “built as a kind of landmark, something that could be seen from river valleys far away.”

The structures seen resemble rings, crosses, and a pattern that looks like an ancient swastika.

Who do you think made these geoglyphs and what is their purpose? Are they man-made or are they made by aliens? Are they ancient landmarks or are they really signals for extraterrestrials? 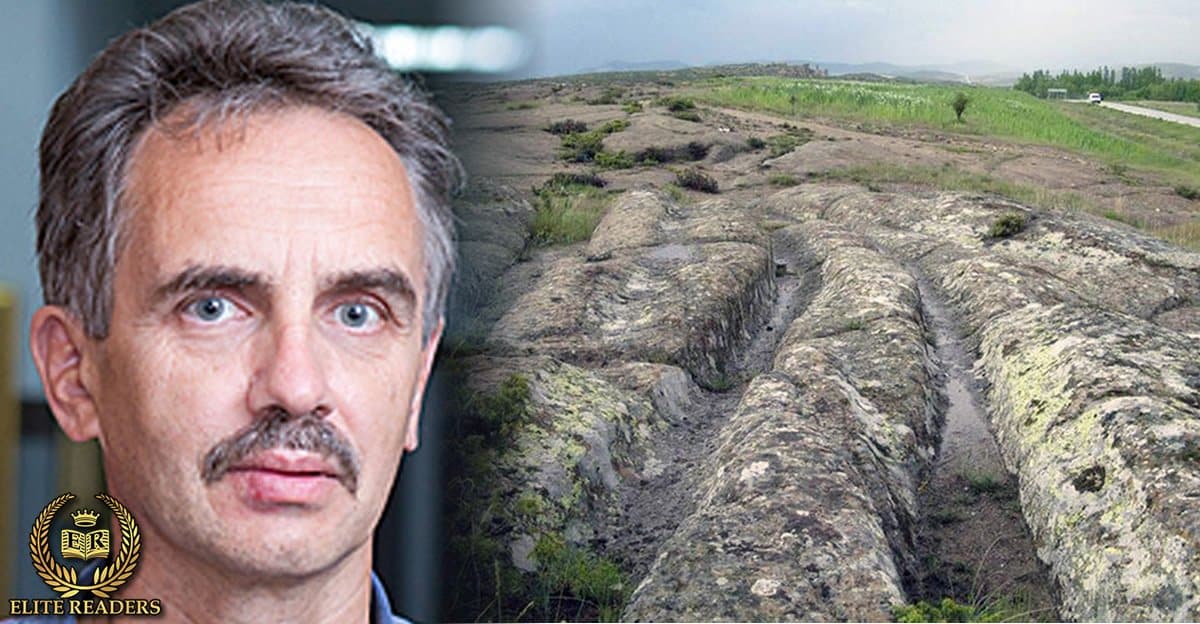