What can a Rubik’s cube, a roll of tape, and a sneaker possibly have in common? Well, for one, they are all featured in the video below – and each one of them has been transformed into anamorphic art by YouTube channel Brusspup.

It’s really amazing to look at and your mind will surely be blown away once you see how it works.

Before we dive on the awesome video below though, let’s first have a brief explanation.

Anamorphic is taken from the word “anamorphosis” which Wikipedia defines as:

A distorted projection or perspective requiring the viewer to use special devices or occupy a specific vantage point to reconstitute the image. The word “anamorphosis” is derived from the Greek prefix ana‑, meaning back or again, and the word morphe, meaning shape or form.

To be honest, this video helped me understand how those interactive 3D-style museum displays work. I’ve never seen one upclose but this definitely gave me an idea.

Pretty cool, right? Well, what’s cooler here is that you can even do the trick yourself. Besides, printable copies are available for the cube, tape, and shoe. Be sure to print it out using A4 paper (8.5 X 14 inches). Let us know if you tried it out!

Browsing around their channel, I found out Brusspup is really popular in YouTube with almost 2 million subscribers. The video “Amazing Anamorphic Illussions!” isn’t even a new video but it continues to draw a lot of views. It was originally published way back November 27, 2012 but it seems viewers just couldn’t get enough of it. In fact, it has received close to 27,000,000 views as of this writing. 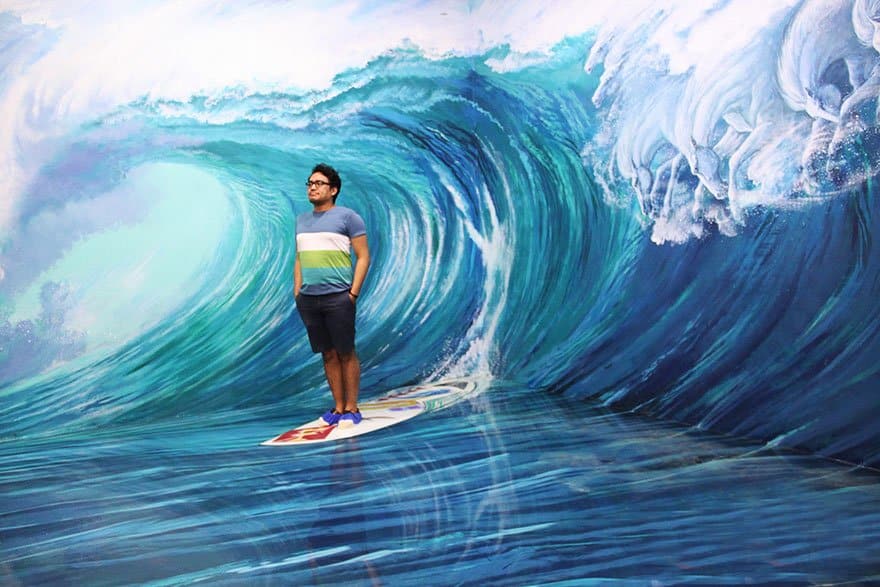