A deserted fishing village on Shengshan island in China is slowly turning into a green wonderland as vines slowly swallow its structures.

Through time, mother nature has reclaimed one of the almost 400 islands making up Shengsi Islands located at the east of China’s coastal Zheijang province.

Villagers used to rely heavily on fishing as their primary industry. However, the fishermen opted to work on the mainland in industries such as ship building and repairing, service, shipping, light, and tourism  as it had been more economical for them.

As a result, the once thriving fishing hub now lies empty and has been transformed into a green jungle. Beautiful green vines have overtaken almost all stone buildings, old houses, and even paths creating a stunning scenery.

The green wonderland which is located a few hours east of Hangzhou Bay is strikingly different from the lively skyline of Shanghai.

An amateur photographer from Shanghai known as Jane Qing captured the picturesque sceneries in the village. 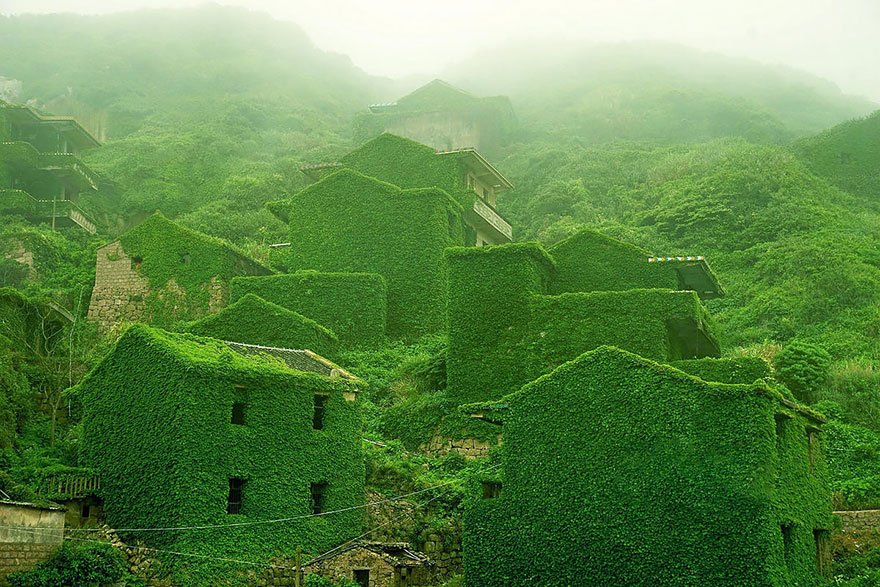 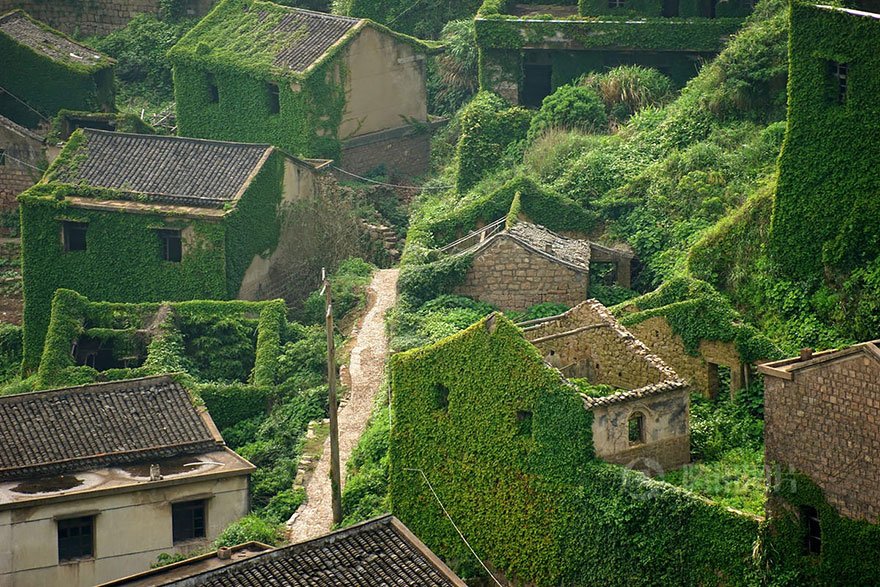 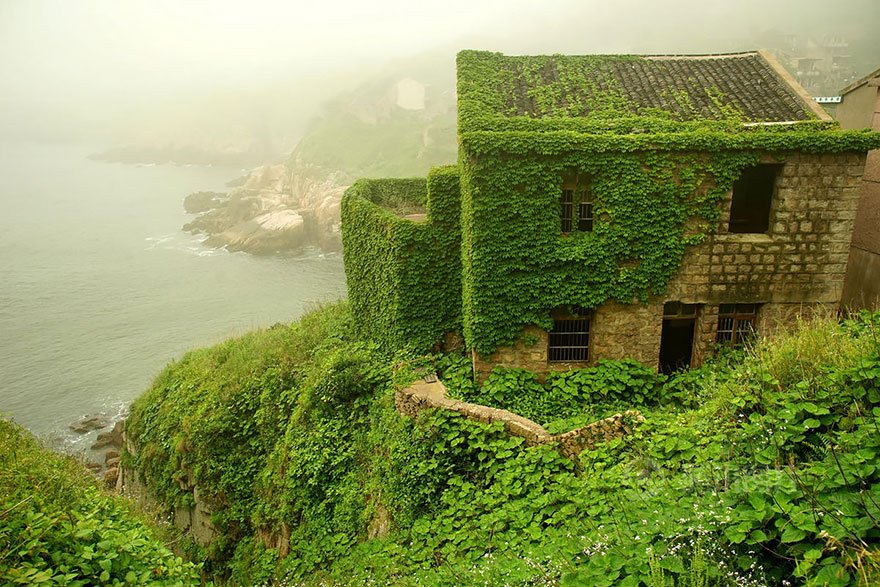