Disciplining a kid is one of the challenges of being a parent but this “super mom” handles  it like a “pro.” Estella Havisham left her son  Aaron a very amusing yet powerful love letter that just might give us our “parenting goals.” The 13-year-old YouTuber has apparently lied to her mom about doing his homework so now, it’s “payback” time and he is about to learn his lesson, the hard way though.

Meanwhile, Estella posted a photo of the note on Facebook complete with a bill which quickly went viral since.

“I made the point to show what life would look like if I was not his ‘parent,’ but rather a ‘roommate,'” Estella explained. 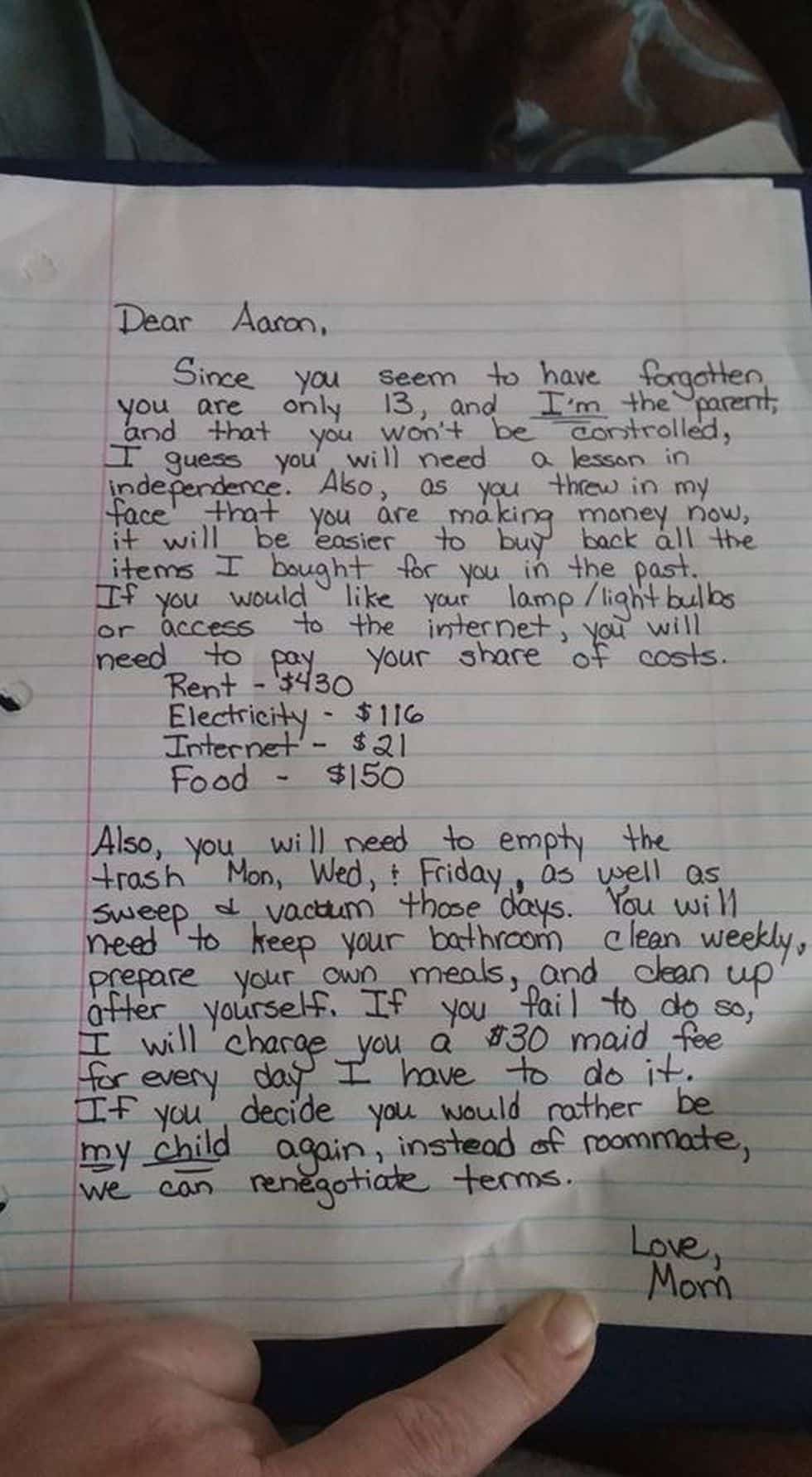 The caption of the photo says,

“The child (Aaron) is going to have a rude awakening today after the words he exchanged with me last night.”

“Not only will he find this on the door, but his mattress stripped, and the toys and clothes that I bought confiscated,” she added.

According to his mom, Aaron earns “a teeny tiny bit of money” from his YouTube videos, obviously not enough to pay everything. For sure, he will realize that messing up with his mother is definitely wrong and that he will always be indebted to her with or without the bill.

“Mothers know best” they say and so Estella’s plan has worked wonders. When Aaron found out about the letter, he was furious at first but realized his mistake soon after.

“He apologized, and asked what he could do to make things better and start earning items back,” Estella wrote. “It was a lesson about gratitude and respect from the very beginning. Sometimes, you have to lose it all to realize how well you really had it.”

I could not agree more. Parents have various discipline techniques for their children but beyond all those, it is their love that remains no matter what our shortcomings are.