E-cigarettes are popular nowadays for it gives less or almost no risk to health compared with regular cigarettes.

Compared to cigarettes which is hazardous to health because you literally take in smoke, e-cigarette uses vapor as substitute and this is the reason why it is called vaping.

These electronic cigarettes are powered by rechargeable batteries but we need to keep in mind that anything that uses batteries have the potential to explode.

This is because the device produces heat when used and too much use will overheat it. On the other hand, atomizers may be modified provided that you will not exceed the safe range of your battery.

Evan is in comatose after his e-cigarette exploded on his face and damaged his lungs. 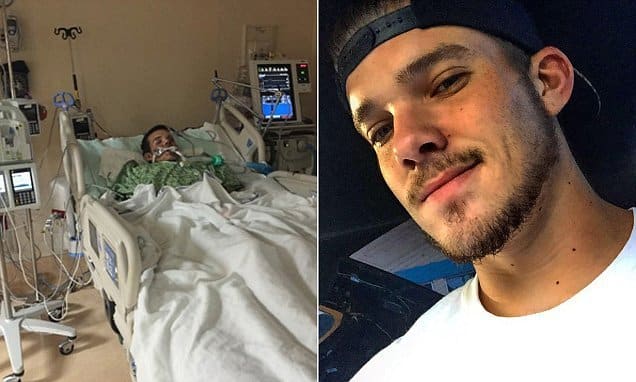 A man named Evan Spanhilnger in Naples, was found not breathing after an E-cigarette exploded on his face. According to his sister, his face and neck was burned while grasping for air as he couldn’t breathe right after the incident. The explosion of the e-cigarette also burned his lungs that caused both internal and external damages on it.

Evan is now in comatose and the ventilator keeps his chest breathing. He is scheduled for surgery while everybody is hoping for a successful procedure.

EMS officials think that the e-cigarette could have exploded caused by the battery and is now further being investigated.

As of now, Food and Drug Administration does not regulate e-cigarettes.

Watch the video and see what may happen when you wrongly use e-cigarette:

The danger of E-cigarette is serious, it’s always better to research the risks involved before trying anything.

Don’t forget to SHARE this to your friends and family, warn them about the risks involved in E-cigarettes.