It’s no secret that Mars is very different from Earth. The so-called Red Planet reportedly lacks oxygen in its atmosphere as well as any signs of life. However, scientists are learning new things about our closest neighbor every day.

One discovery is changing our view of Mars as a desert wasteland. NASA has found that there is liquid water on the planet. The underwater lake is believed to be filled with salty water that flows despite the planet’s freezing temperature. Here are eight facts about the Red Planet that makes it somehow similar to Earth. 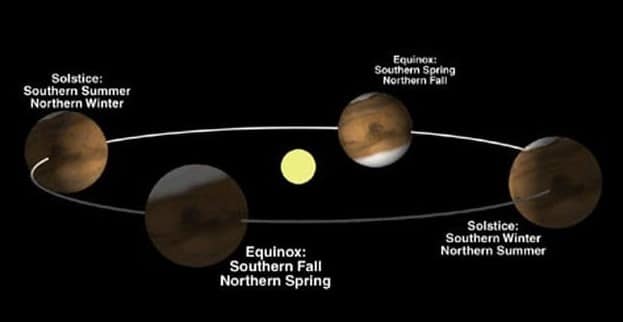 There are four seasons on Mars that have been classified as Winter, Spring, Summer, and Fall. However, the Martian seasons are a lot different than the ones we experience on Earth.

The seasons last a lot longer on the Red Planet than they do in our world. This shouldn’t be a surprise since a Martian year is almost twice as long as an Earth year. Winter goes on for four months, spring lasts for seven months, you get summer for six months and fall could go for about five months.

A full day can vary by several hours for most planets. It takes 24 hours for Earth to revolve around its axis while Jupiter rushes through its revolution in a little under 10 hours. Interestingly, a day lasts about 24 hours and 40 minutes on the Red Planet.

The similarity between the day’s length might be surprising but scientists say it is merely a coincidence. Mars’ spin may have more to do with how fast it was spinning the last time it was hit by another object.

The northern lights are truly one of Earth’s most awesome natural displays. However, our planet isn’t the only place where you can find aurora lights. The Red Planet reportedly has its own version of polar lights.

Don’t expect to witness a spectacular display if you ever end up on a Martian mountain. The aurora lights emit ultraviolet rays that are invisible to the naked eye. The lights are reportedly caused when the proton-containing solar wind collides with the hydrogen cloud around the planet. 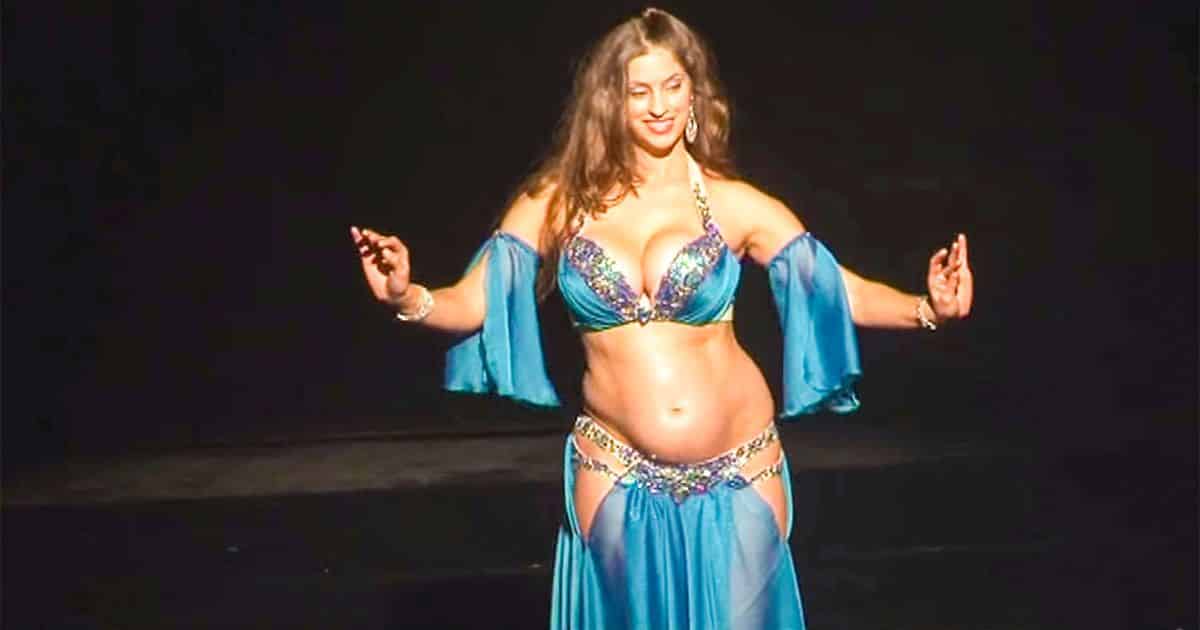 On Earth, we have waterfalls. However, on Mars, you’ll find astounding falls flowing with lava.

The molten rock falls can be found in the Tharsis volcanic province of the Red Planet. Unlike your standard waterfalls, the lava flows much slower. 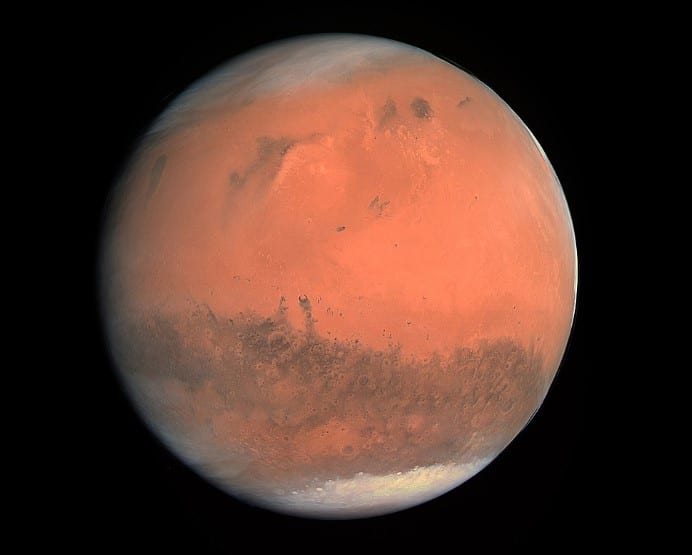 The Red Planet actually has its own North and South Poles, both of which are covered in polar ice caps. Mars also has glaciers at central latitudes although they were not visible due to all the dust.

Interestingly, the dust might be the reason why the glaciers are intact. Ice would usually evaporate to vapor due to the low atmospheric pressure. However, the thick layer of dust allows the glaciers to remain in their icy state. 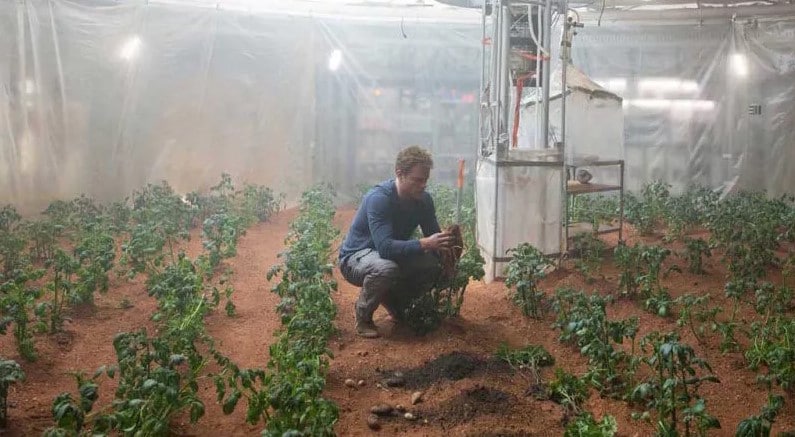 The Matt Damon film The Martian may have been right all along. NASA has found that potatoes can grow on Mars in an experiment that replicated the Red Planet’s climate.

It might be too early to rejoice. The findings were inconclusive since the experiment used sterilized soil from a Peruvian desert. Although all signs of life were killed in the soil, it may have contained some microbes that helped in making the potatoes grow.

7. The Only Habitable Planet In The Solar System

There is a good reason why people believe they can move to Mars someday. The Red Planet is the only other habitable planet in the solar system other than Earth since it is also a terrestrial planet.

There are other terrestrial planets out there. Mercury also has a rocky terrain but the surface is too hot due to its proximity to the Sun. Venus is severely uninhabitable because of its thick atmosphere that crushes anything that draws close.

In the 1970s, NASA sent two rovers to explore Martian terrain. Recent reports suggest that the Viking rovers may have found complex organic molecules but incinerated them by accident.

Although it is still unclear whether the Viking mission burned evidence 40 years ago, NASA is hopeful with the Curiosity rover’s new discoveries. The presence of methane, which is produced by living things, might be the clue we are waiting for all this time.