Remember the guy who recycles old flip-flops and turns them into action figures? There’s him and there’s also this 52-year-old on-call driver named Carlito Romanillos from the Philippines who is gaining social media attention because of his unique works of art. Romanillos makes use of aluminum wire to create intricate handicraft designs.

Romanillos continues to be promoted by netizens, who first saw his work on Facebook. As Christmas is fast approaching, Romanillos has once again surfaced as some believe his creations are great as gifts and souvenirs.

Photos of Romanillos and his works of art surfaced on Facebook. 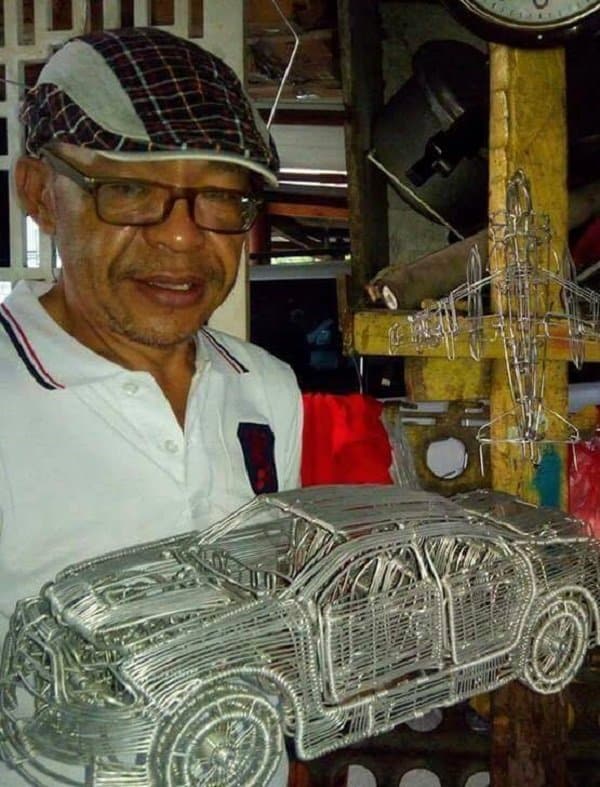 He continues to make the rounds on social media, and that would help him get sales this Christmas. 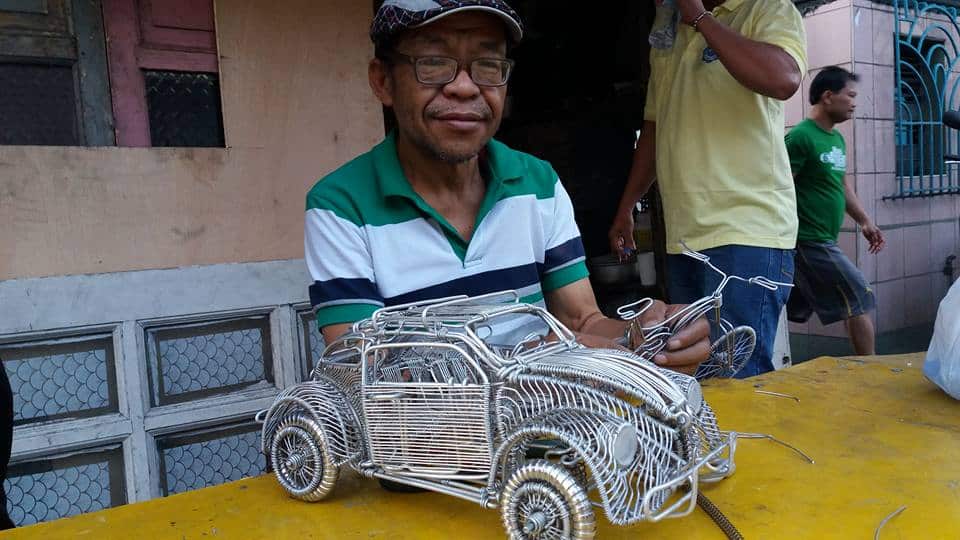 For almost ten years, the artisan has been working as an on-call driver. 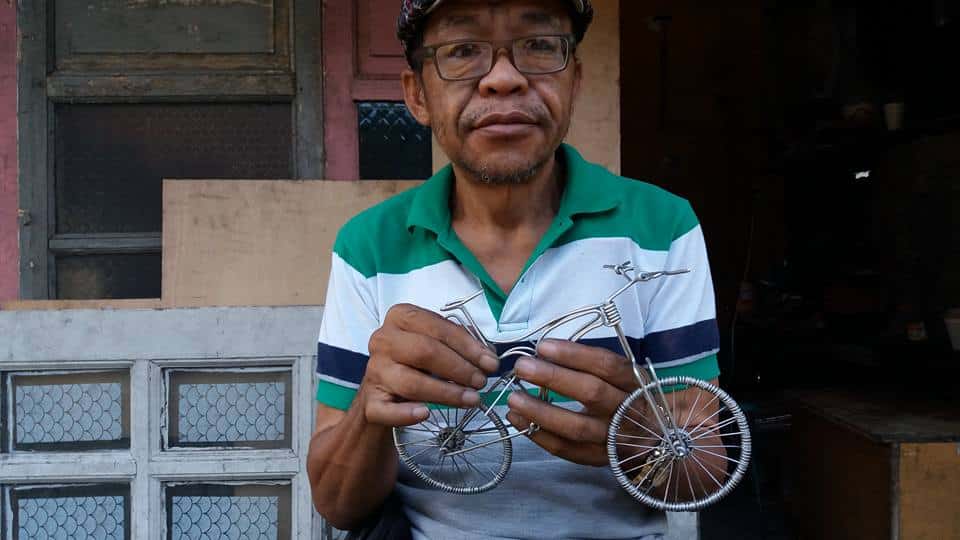 He has a daughter but he is already separated from his wife. 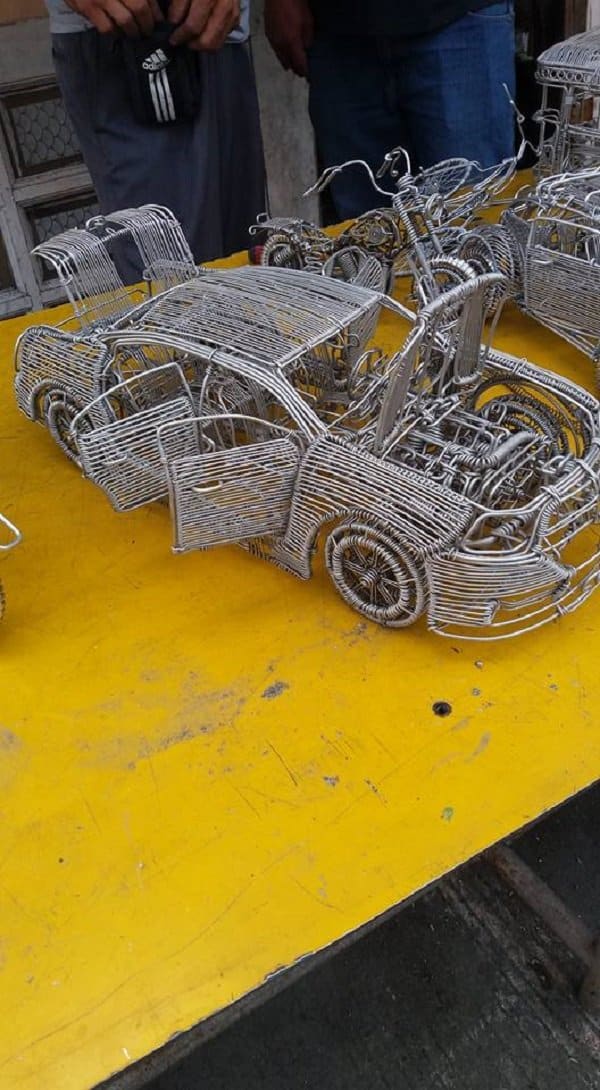 A motorcycle design would take him six months to finish at first. 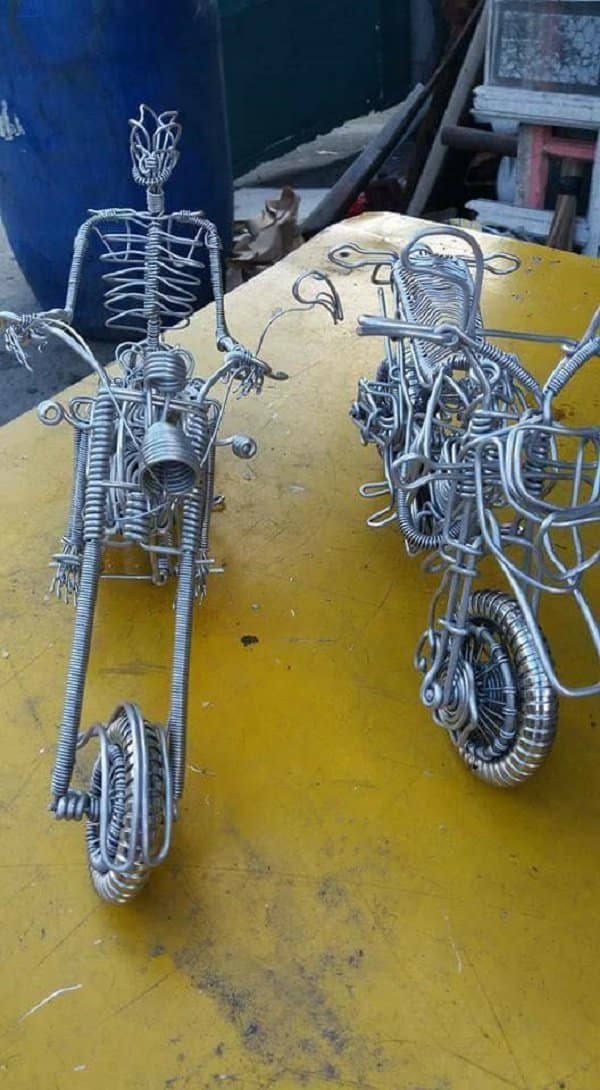 But with practice, Romanillos is able to complete the design in a just a week. 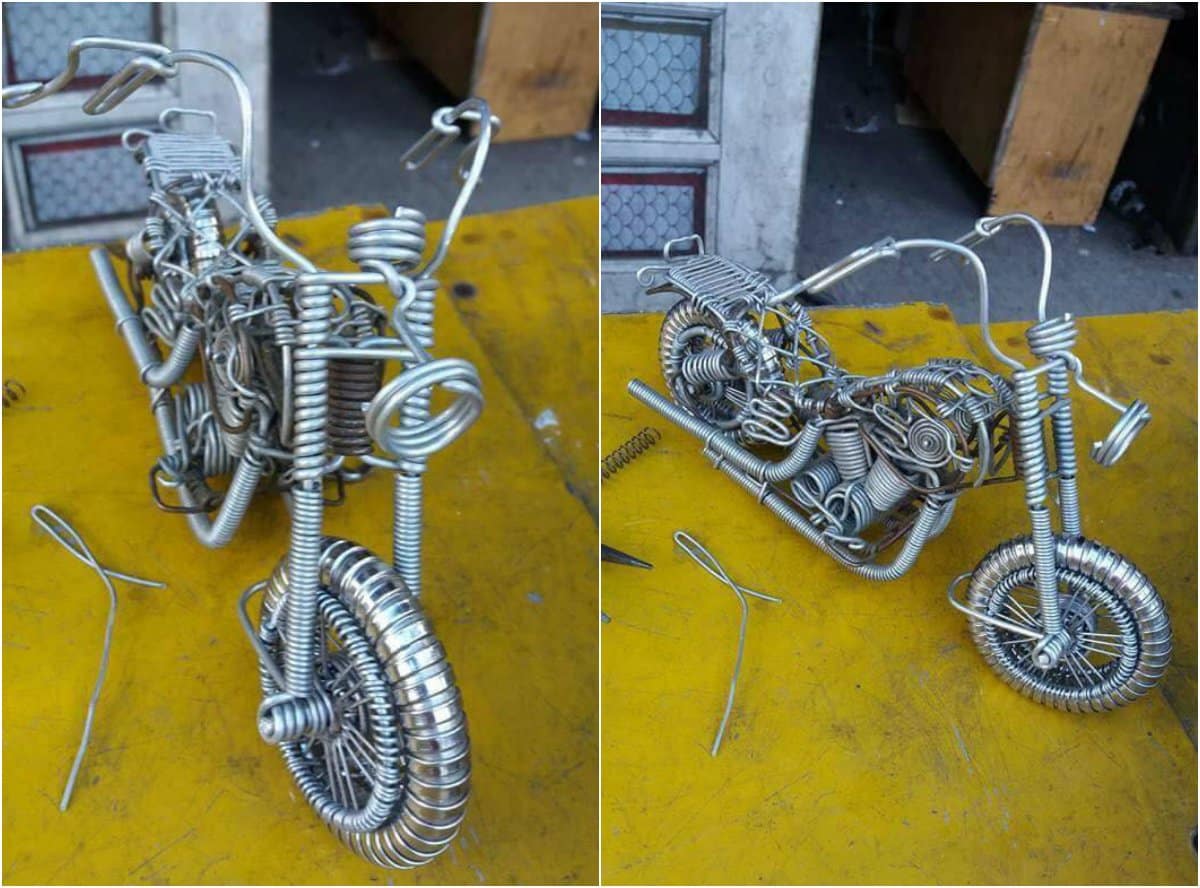 Romanillos shared that he once used thin wires to practice his craft. Later on, he moved on to aluminum, as it is more durable and has more vibrant color.

The artist didn't plan on selling his work. 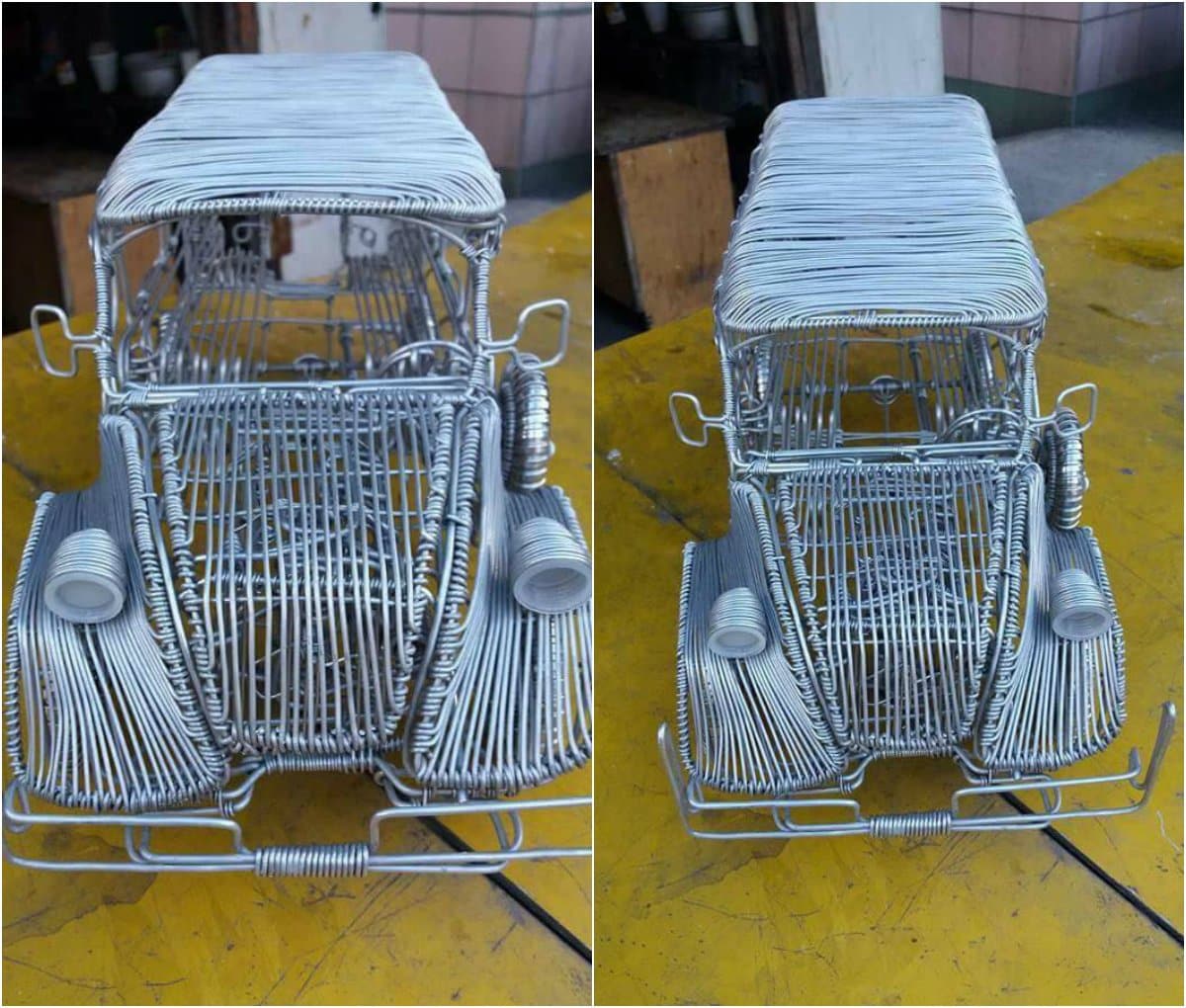 But friends, who saw his potential, encouraged him to make a profit out of his work. 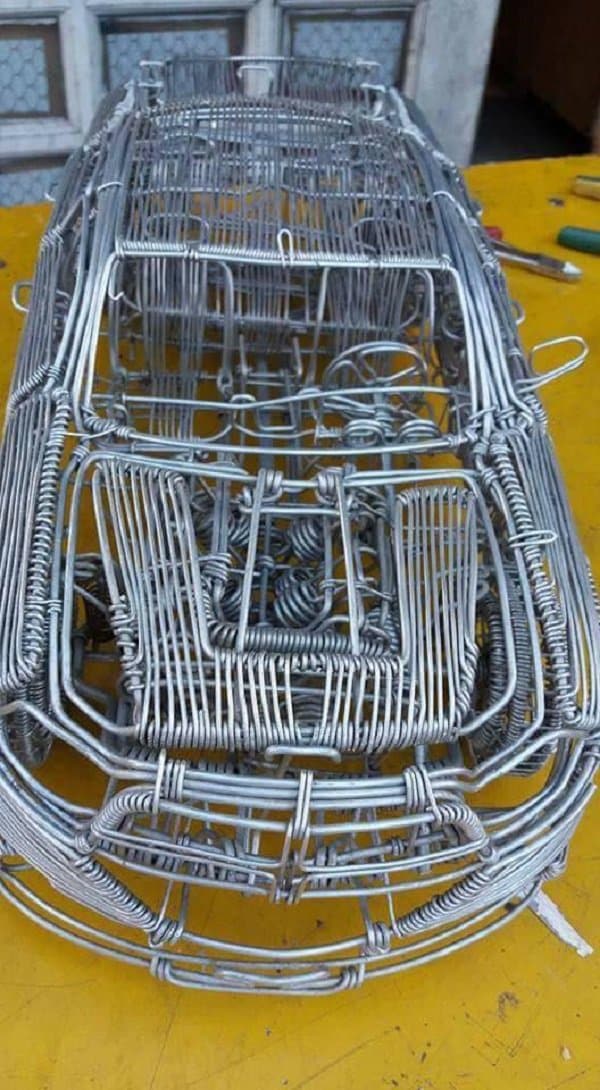 He told the news outlet:

“I really didn’t want to sell at first because I just wanted something for the house – for collection only. But they said I could make a fortune out of it so I tried selling it.”

Netizens were impressed by Romanillos' work. 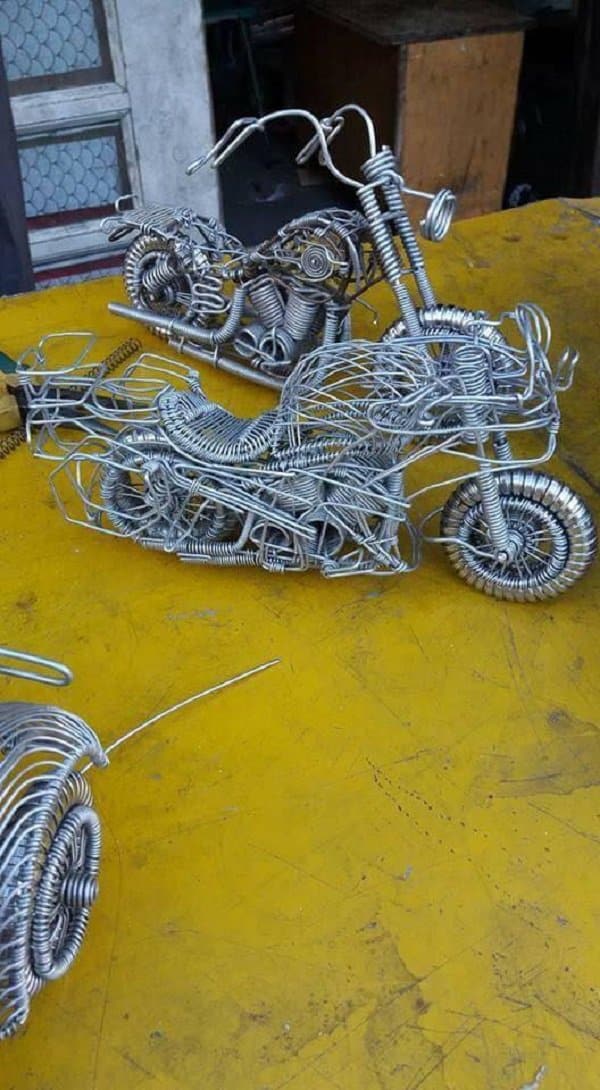 His photos went viral and some were very proud to have this local talent. 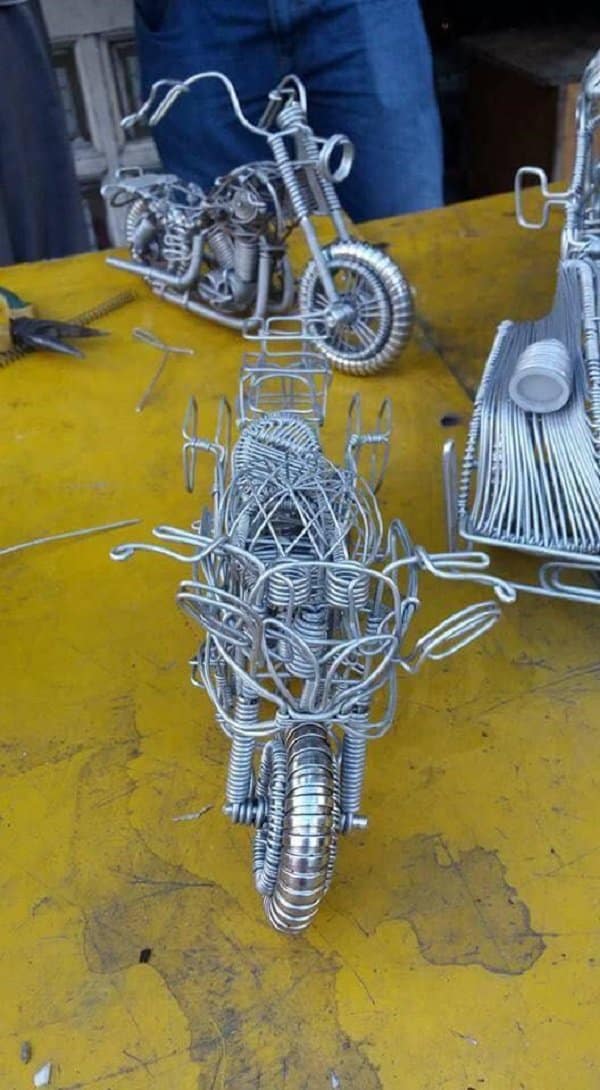 Romanillos takes pride in his work and why shouldn’t he? He’d spend hours on one intricate design. One motorcycle costs Php 1,500 (around $30) and more intricate designs would be priced at Php7,000 (about $135). Despite the fact that Romanillos spends hours of dedication and precision to come up with cool designs, people find his pricing unreasonable.

“I hope people don’t haggle too much because this is my work of art. I put a lot of effort into this. After all, I just wanted to make a hobby out of it,” he said.