A new discovery about ancient mathematics that could improve the way we calculate today has just been revealed. Researchers led by Dr. Daniel Mansfield from School of Mathematics of the University of New South Wales, Australia finally deciphered the tablet and the facts they gathered are changing math history.

It has been reported that the tablet, known as Plimpton 332, was discovered by the American archeologist and diplomat Edgar Banks in the early 1990s in Southern Iraq. Since then, researchers have been trying to find out what the tablet was for until the latest revelation that it belonged to the Babylonians and that it was actually the world’s most accurate Trigonometric table. There are more surprising things though they found out about the ancient tablet.

The meaning of the discovered 3700-year-old tablet has finally been revealed. 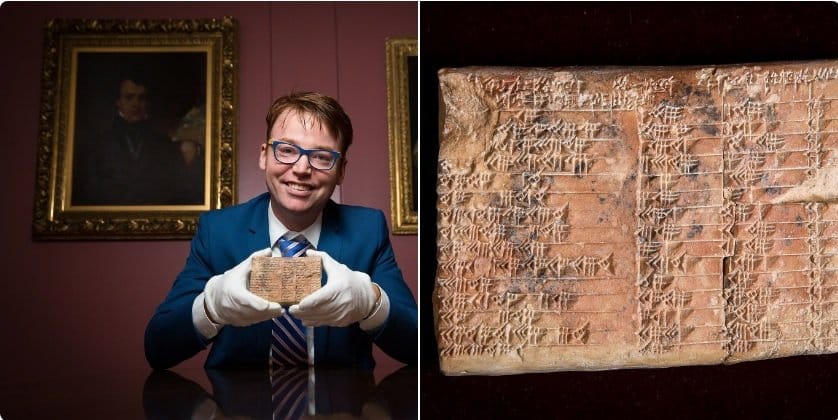 We have been taught in school that Trigonometry was first used by the Greeks. The Greek astronomer Hipparchus has long been regarded as the father of trigonometry. But in contrast, Dr. Mansfield said that they finally found proof that it was the Babylonians who developed Trigonometry 1,500 years before the Greeks. In fact, his team of researchers learned how the Babylonians came up with a sophisticated method of doing mathematics.

Furthermore, the tablet appears to use a base 60 or sexagesimal system rather than the base 10 which we use today. It is said that the Babylonians used the base 60 as it is far easier to divide by three. Experts who studied the tablet then found that calculations using the Babylonian trigonometry are far more accurate.

“Our research reveals that Plimpton 322 describes the shapes of right-angle triangles using a novel kind of trigonometry based on ratios, not angles and circles.”
“It is a fascinating mathematical work that demonstrates undoubted genius. The tablet not only contains the world’s oldest trigonometric table; it is also the only completely accurate trigonometric table, because of the very different Babylonian approach to arithmetic and geometry.”

Australian researchers revealed that the tablet was actually used as a trigonometric table by the Babylonians. 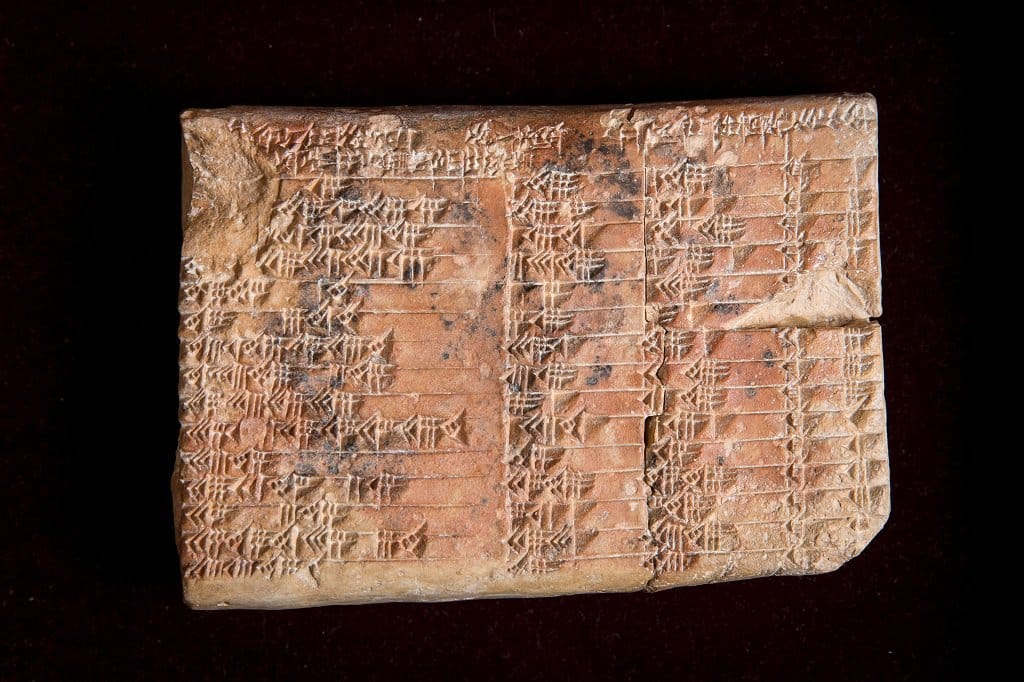 The study completed by Dr. Mansfield and his team was published in “Historia Mathematica,” the official journal of the International Commission on the History of Mathematics. Distractify also reported that Dr. Mansfield believes that the discovery is of great significance to modern mathematics and that it can be of great help in improving today’s calculations saying:

“It has great relevance for our modern world. Babylonian mathematics may have been out of fashion for more than 3000 years, but it has possible practical applications in surveying, computer graphics and education.”

“Plimpton 322 was a powerful tool that could have been used for surveying fields or making architectural calculations to build palaces, temples or step pyramids,” added Dr Mansfield.

Many were thrilled about the discovery as it sounded like math can finally become easier. 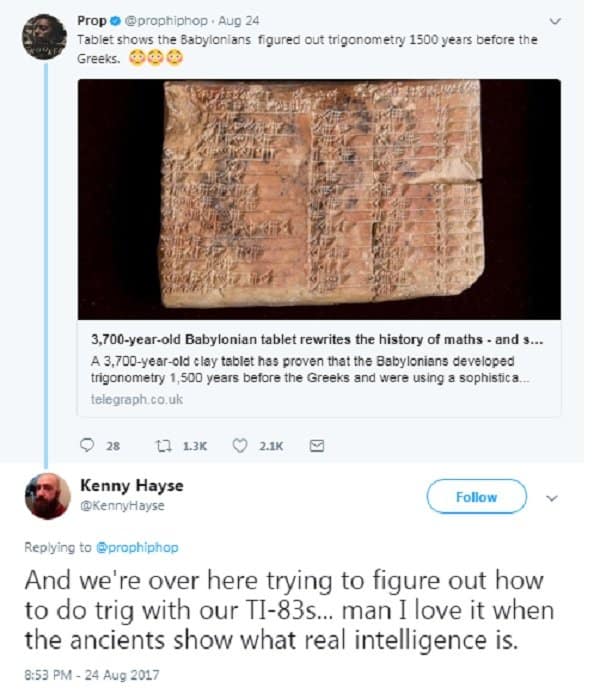 There are those who are thankful to the researching team for shedding new light to the history of math. 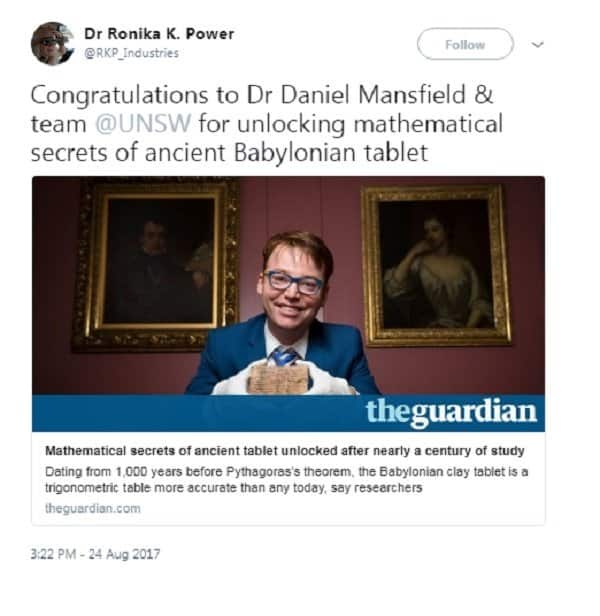 Some historians though seem doubtful of Dr. Mansfield’s claims.

But more people are excited to learn about the real history of trigonometry through the studies made on the tablet. 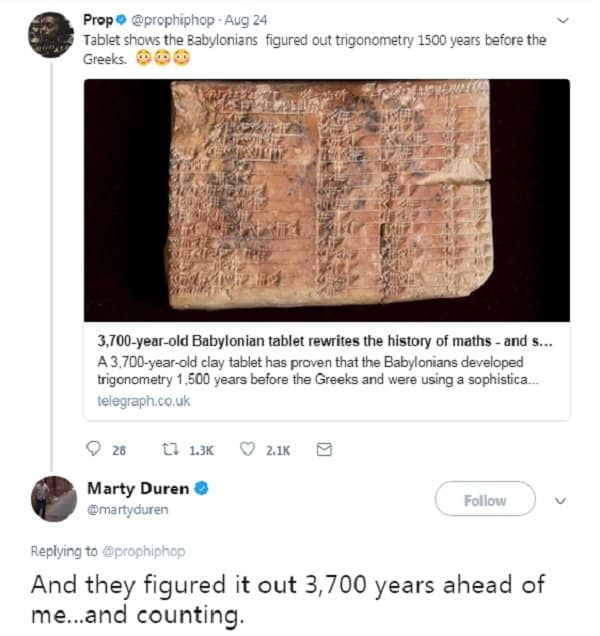