Countless crimes and killings are happening around the world these day and we can’t help but worry about our own safety. These are the things that we should be cautious about for we can’t risk our lives especially our loved ones’. In effect, we live in fear, that danger is just around the corner and peace of mind is so hard to attain.

A possible terrorist threat prompted a call to the police in Karlskrona, Sweden when the neighbor mistakenly thought that the birthday balloons from Sarah’s home was a symbol of the extremist rebel group ISIS. The balloons forming numbers 2 and 1 or 21 is Sarah’s age as she was celebrating her 21st birthday on that exact day. 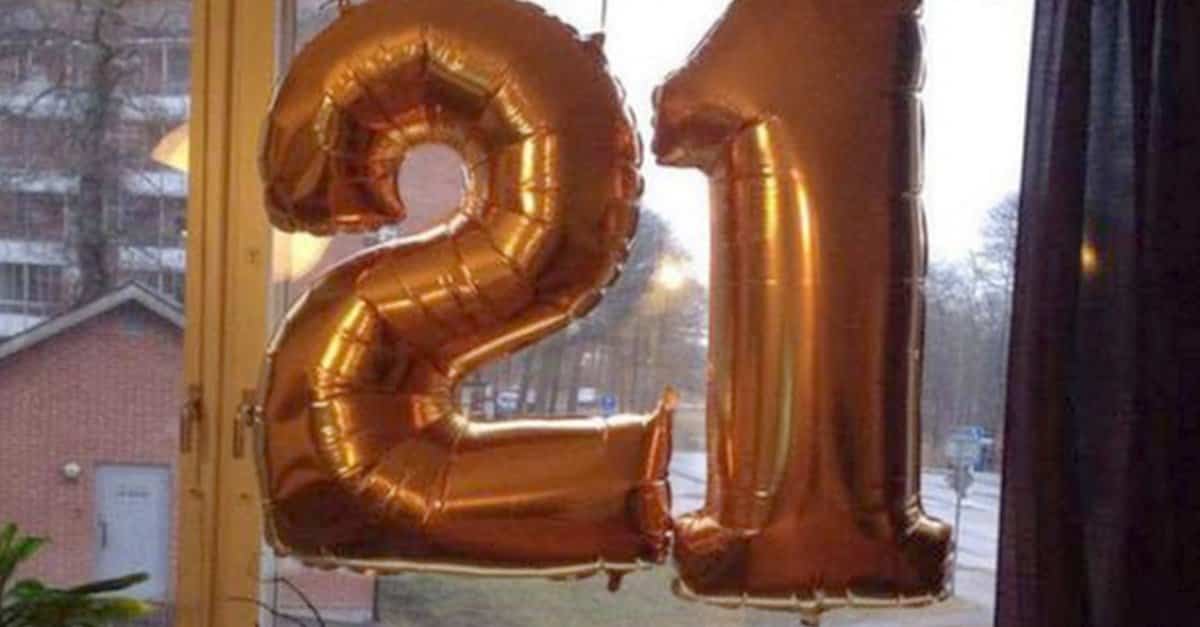 ‘It was a little strange’ said Sarah Ericksson after the incident.

‘We understand why someone would report it if they thought it looked like IS-propaganda,’ she told The Local.

The balloons were hanging by the glass window but facing the inside of the apartment. Unfortunately, there was some confusion since when you looked through the numbers from the outside, it seems like ‘I’ and ‘S.’

‘It looked like the number “12” from outside,’ she continued. It was her boyfriend who put up the balloons. He was brushing his teeth when he heard a knock from the door and saw police cars outside the house, he told Kvällsposten. Luckily, the cops realized that it was a mistake. Fabian was laughing when they showed him the photo that they took and it all made sense to him, it really looked almost like letters IS.

They then removed the balloons to avoid further confusion especially the scare it might give to the other neighbors. This is definitely not the birthday surprise everyone would wish to have. Lesson learned. Read more at KRMG.