If you’re a movie fan, we bet you know this one thing: 2019 is going to be a wild ride! From sequels of favorite franchises, to live action adaptations and modern updates of animated classics, this year is promising to be a great time to gather in the cinemas with your buddies.

There are so many good ones coming out within the year and we’ve tried to narrow down our picks to at least 25. Check out our list and tell us which of these films you are eager to see! 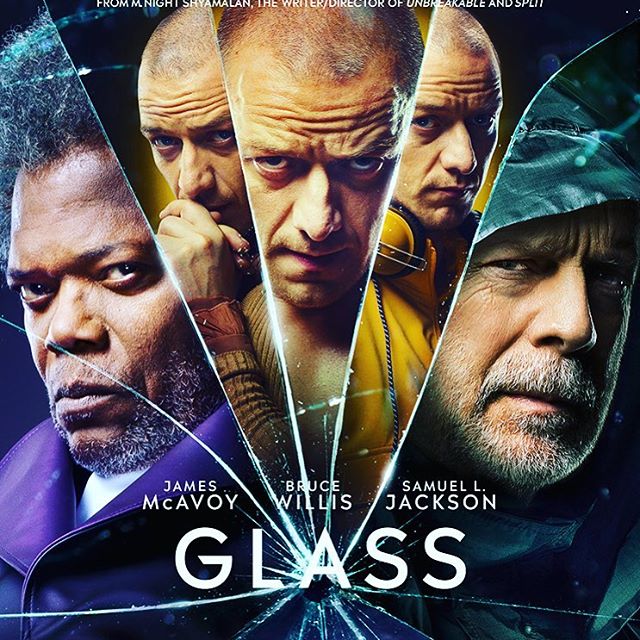 The follow up to Unbreakable and Split, director M. Night Shyamalan is back to surprise audiences with Glass. The comic book-inspired flick stars Bruce Willis as an indestructible superhero with Samuel L. Jackson as his easily-hurt nemesis. 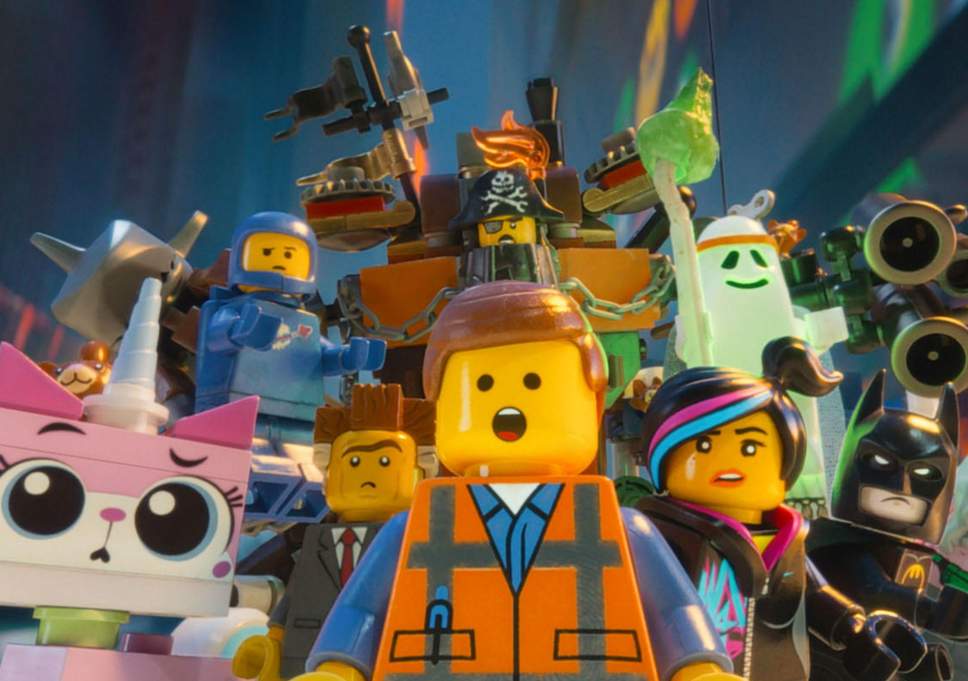 Everything is definitely not awesome as LEGO DUPLO invaders start destroying Bricksburg and it will be up to Emmet, Lucy, Batman and their crew to save the LEGO universe.

Hiccup is now the chief of Berk and he has successfully created a safe world for humans and dragons alike. However, his leadership soon gets tested as a new threat faces their village faces. Also, Toothless seems to have found a rare female Light Fury for a mate! 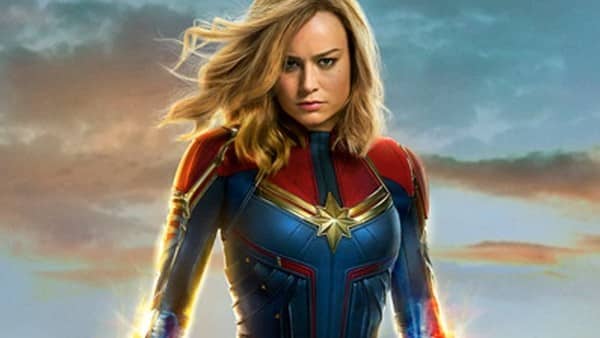 Marvel Studios finally launches its first female-led superhero movie starring Brie Larson as the title character. According to the synopsis, the story “follows Carol Danvers (Larson) as she becomes one of the universe’s most powerful heroes when Earth is caught in the middle of a galactic war between two alien races.” 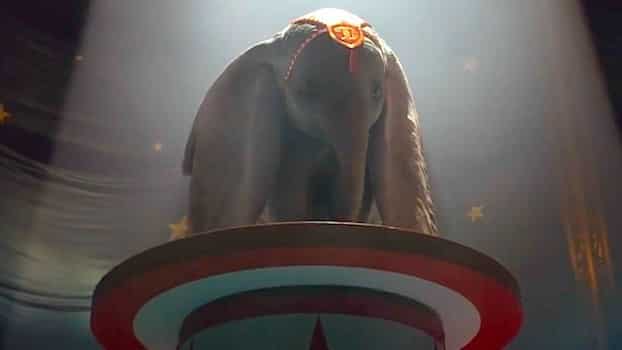 A beloved Disney classic returns to the big screen this time with Tim Burton at the helm of the project. With Burton at the director’s chair, we can all expect this to be visually interesting plus, of course, this will surely be a tearjerker as many fans hail the original as Disney’s saddest movie ever. 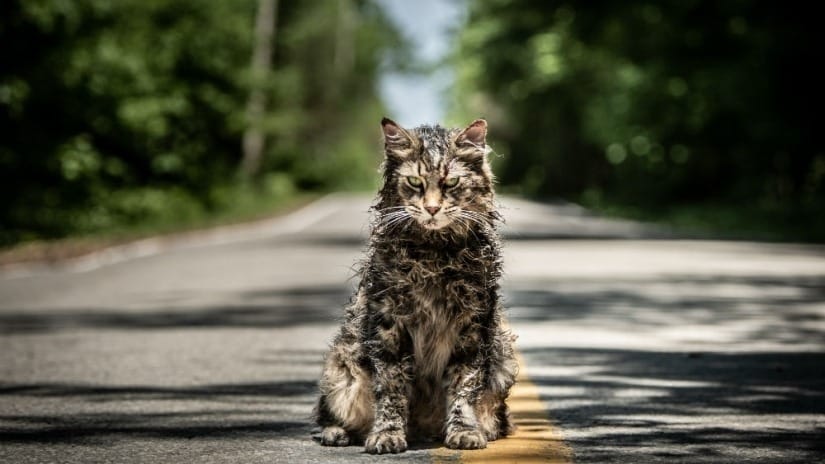 Considering It’s impressive box office performance in 2016, its no surprise that another Stephen King novel is making its way to the big screen. We’re guessing this supernatural horror film will be another massive hit! 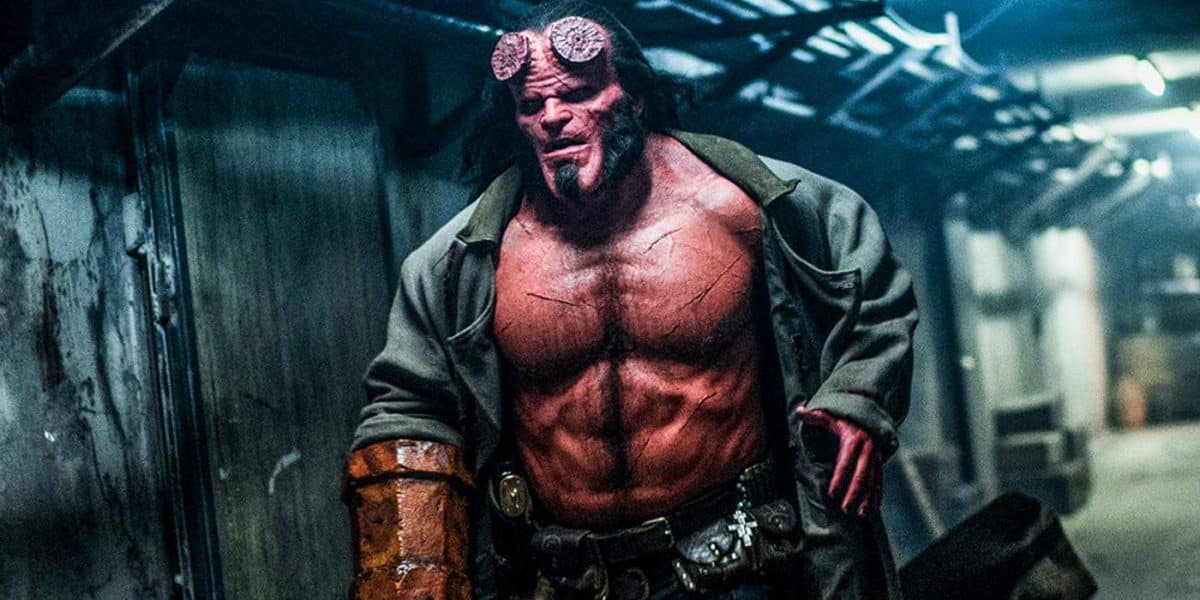 Yes, Hellboy is getting a reboot and Stranger Things’ David Harbour is playing the title role. Inspired by Mike Mignola’s comic series, this new movie is sure to appeal to new and longtime fans alike. 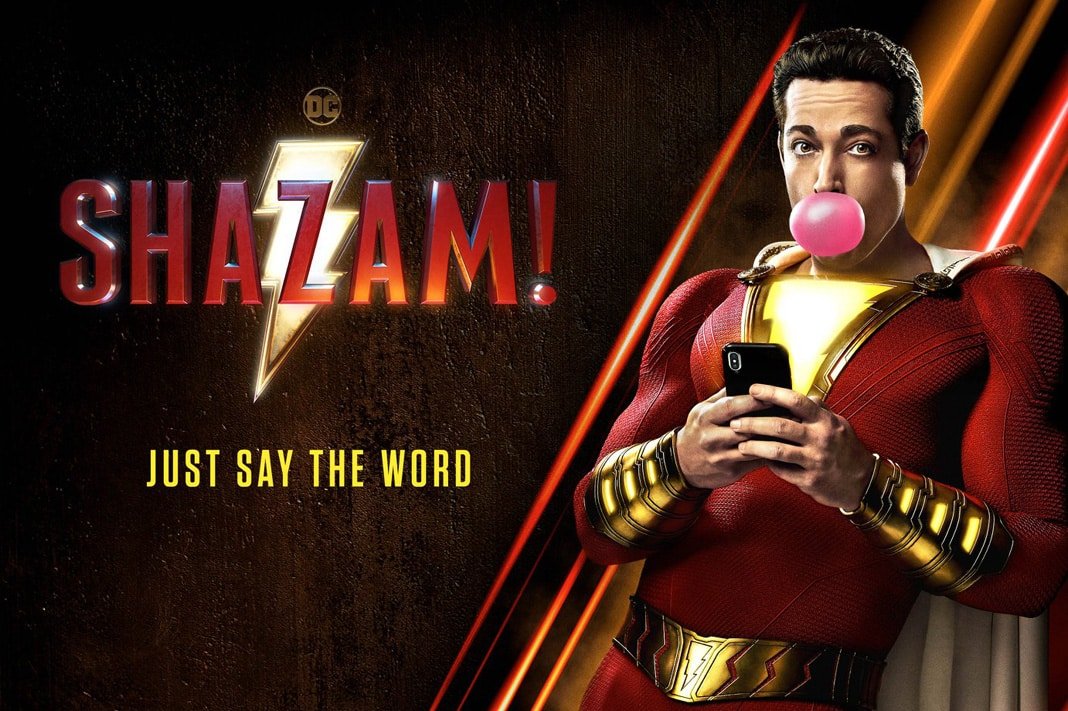 14-year-old Billy Batson transforms into an adult superhero by shouting one magic word. As Shazam (Zachary Levi), he’s going to use his powers to fight crime and eventually, the wicked Dr. Thaddeus Sivana.

The highly-anticipated fourth Avengers movie shows our heroes in extremely desperate scenarios. Case in pint, the trailer shows us Tony Stark (Robert Downey Jr) adrift in space with no food and water. It will be up to the remaining team members to save him and the other heroes who turned to dust. Plus could they finally defeat Thanos? 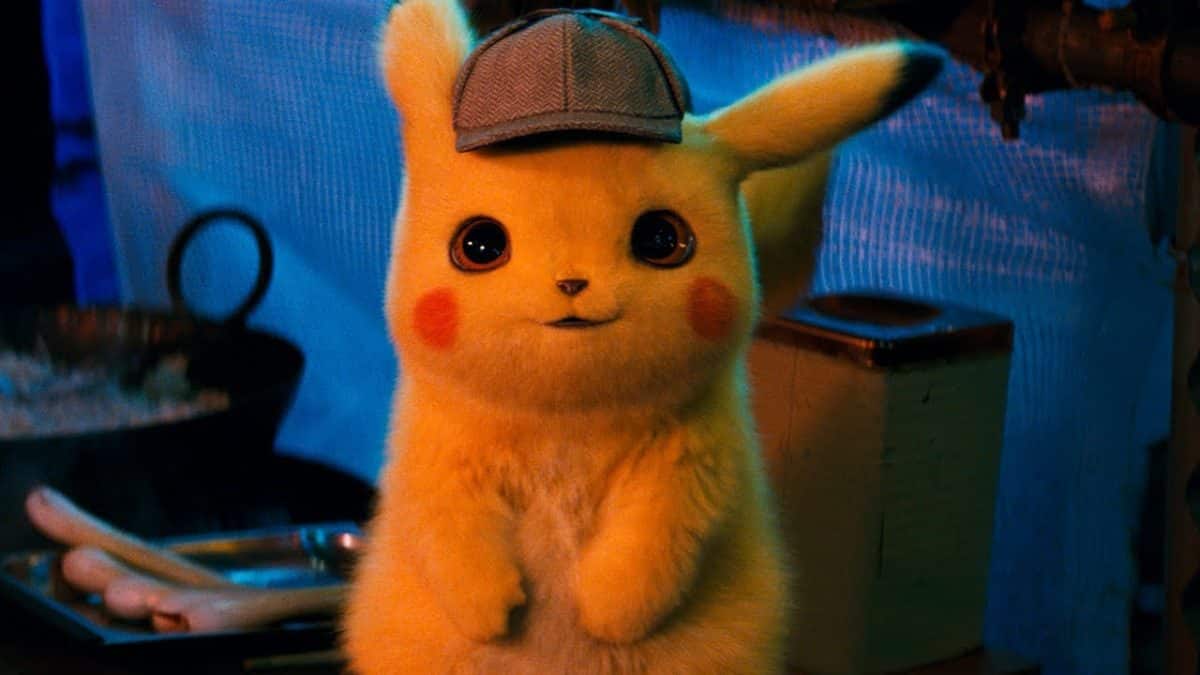 We only need to tell you one thing about this movie: Ryan Reynolds voices Pikachu – who’s a detective and wears a Sherlock Holmes-style hat. You know you gotta see this! 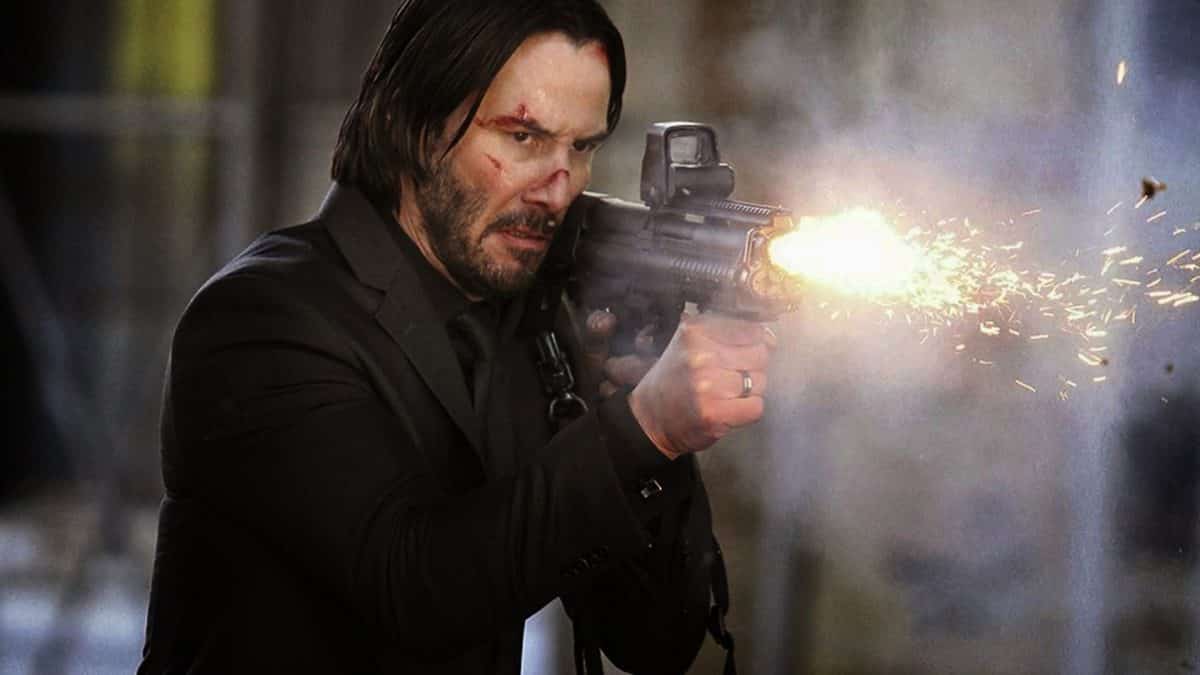 John Wick (Keannu Reeves) is back and this time he has to fight for his life against the world’s best assassins – and he has to face all of them without any help. 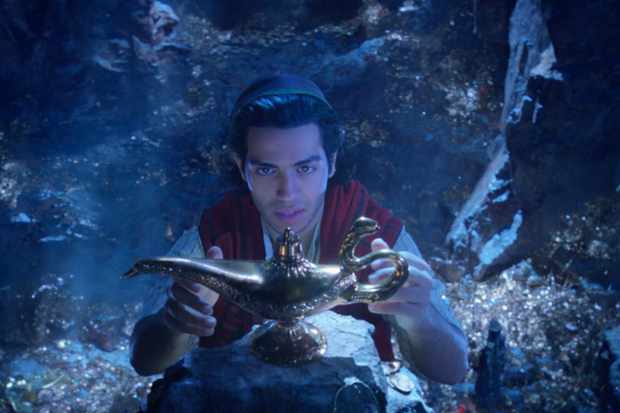 Disney takes us to a whole new world with Aladdin’s live action adaptation. The film stars Mena Massoud as Aladdin, Naomi Scott as Princess Jasmine, and Will Smith as Genie. 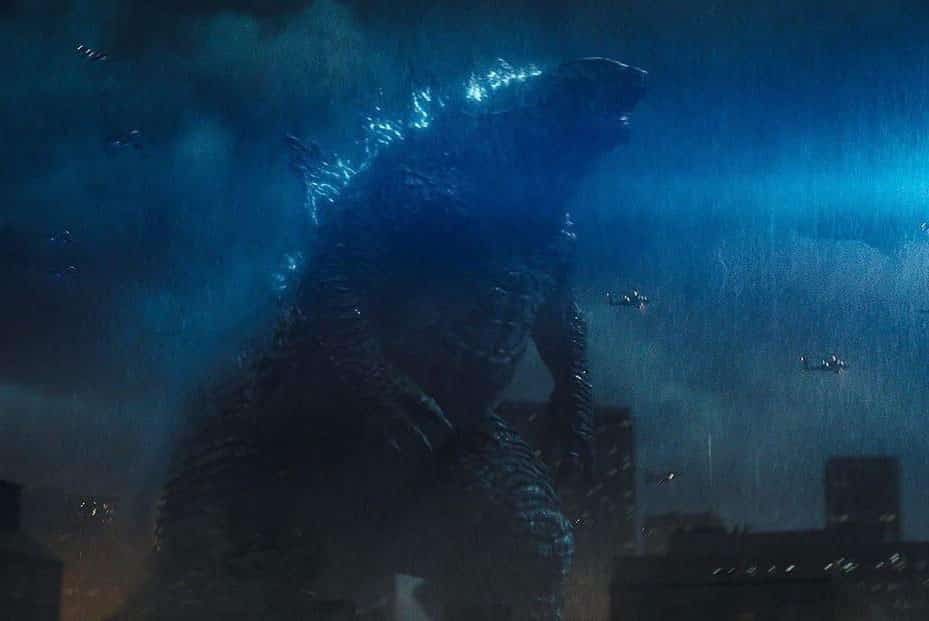 After the successful 2014 movie, Godzilla returns to the theaters and this time, the mighty monster is going to face off with Mothra, Rodan, and the three-headed King Ghidorah. No pun intended but this is gonna be a gigantic battle you wouldn’t want to miss! 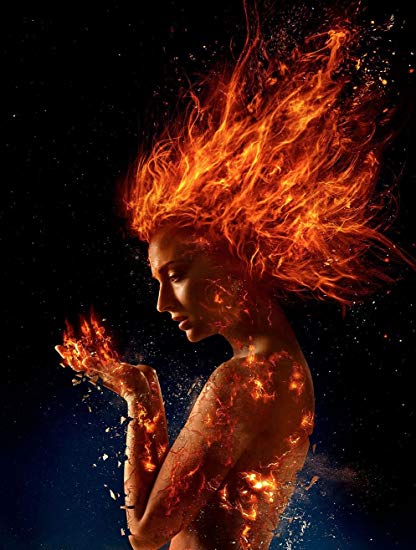 In this installment of the long-running superhero movie franchise, the X-men will be facing their “most formidable and powerful foe ever – their very own Jean Grey (Sophie Turner) who goes out of control after getting hit by an unknown cosmic force. 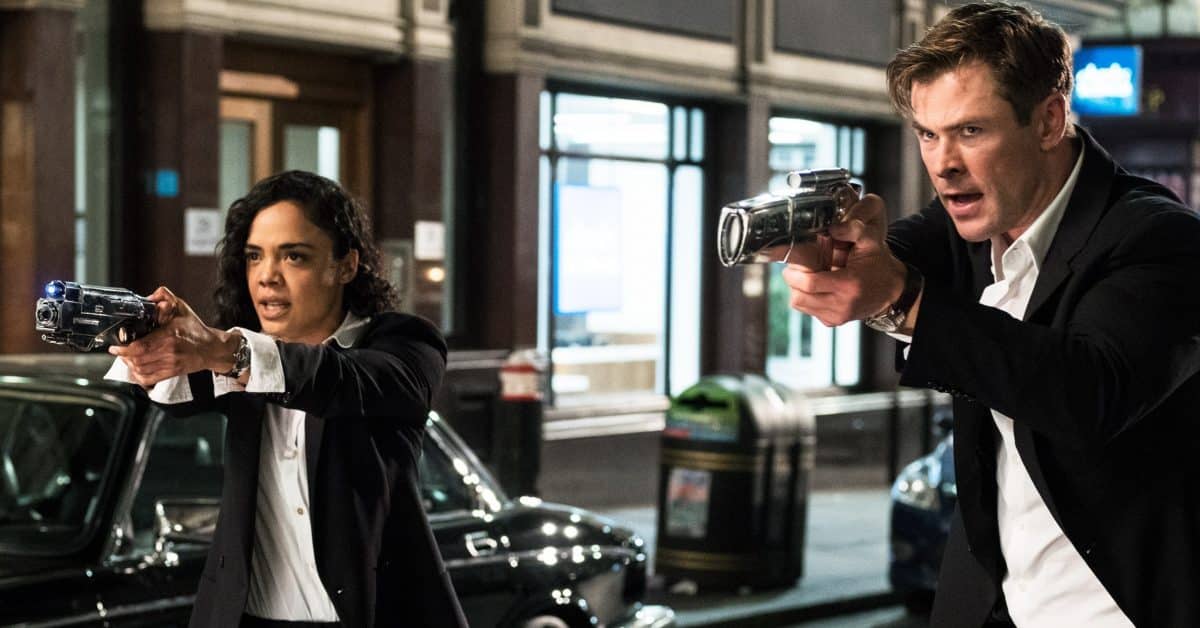 Thor: Ragnarok stars Chris Hemsworth and Tessa Thompson are back on the big screen together to breath new life to this fan-favorite franchise. Meanwhile, Liam Neeson and Emma Thompson play as their older counterparts!

Woody, Buzz, and the gang finally get their much-awaited fourth film and this time, Bonnie is adding a new toy to her room – the reluctant Forky. The toys eventually embark on a road trip that, we’re guessing, will make us cry our eyes out just like the past Toy Story movies. 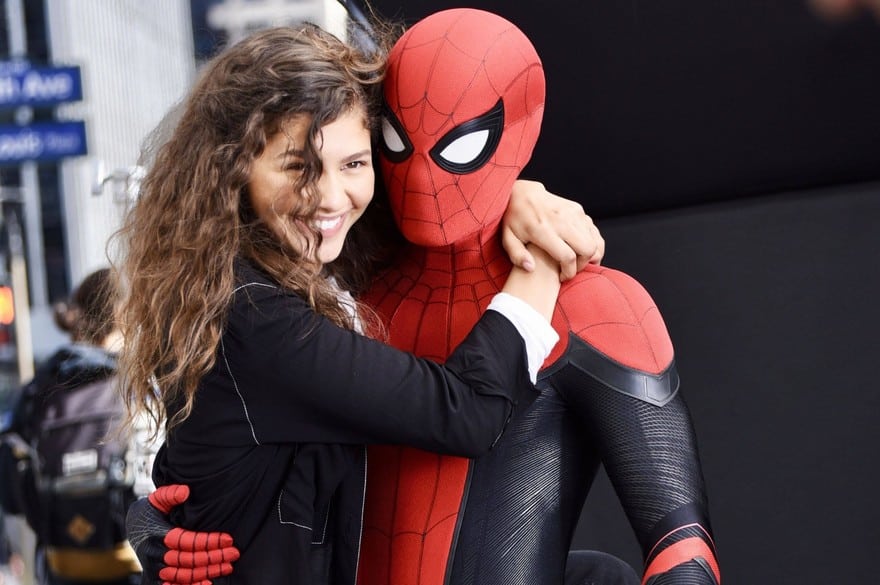 Peter Parker (Tom Holland) goes on vacation to Europe with his friends. And where Spidey is, could trouble be too far away? Our spider senses are tingling as early as now and we can’t wait to see if Peter and Michelle “MJ” Jones (Zendaya) eventually falls in love. They look cute together! 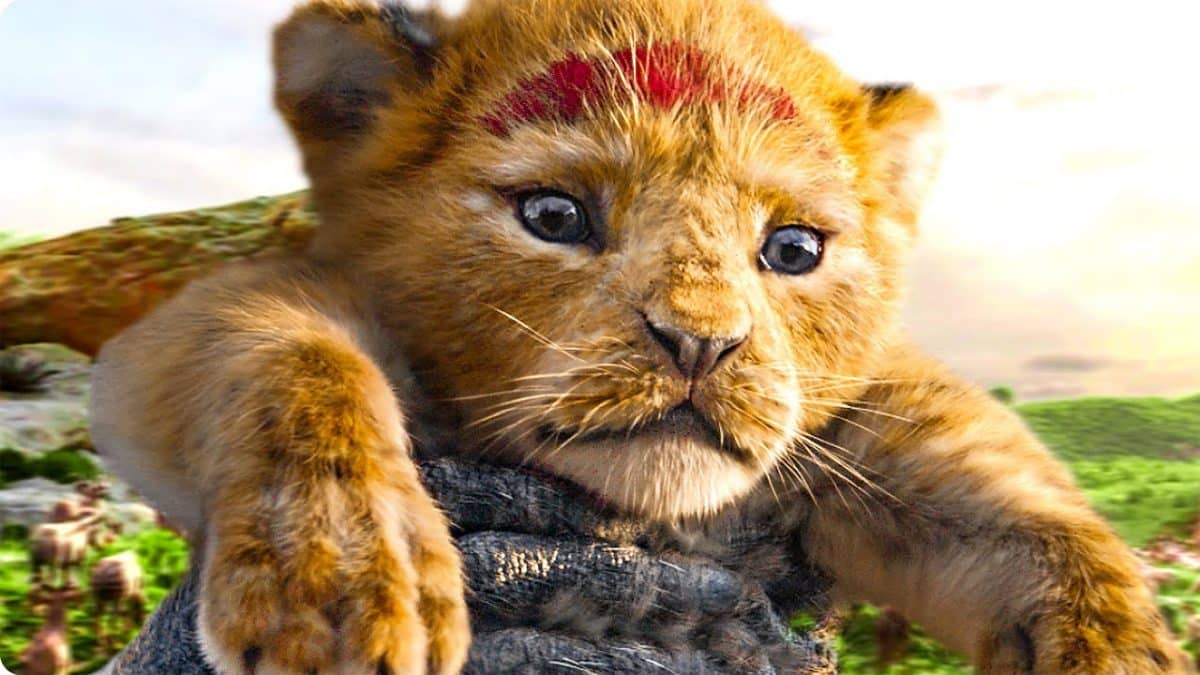 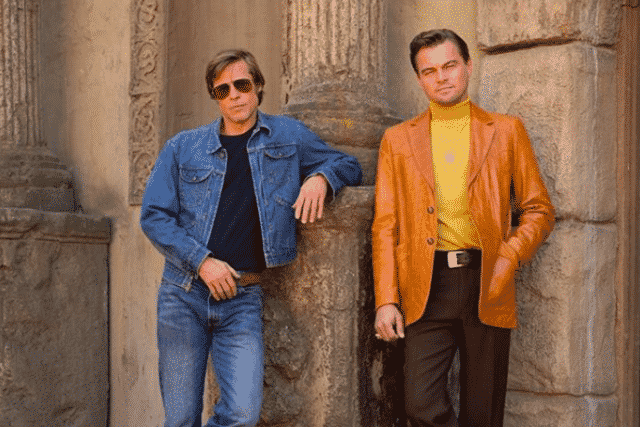 The synopsis gives us this: “In 1969 Los Angeles, a former Western star and his longtime stunt double struggle to find success in a Hollywood that they don’t recognize anymore.”

Directed by acclaimed filmmaker Quentin Tarantino, Once Upon a Time in Hollywood stars Leonardo DiCaprio, Brad Pitt, Margot Robbie, Al Pacino, Kurt Russell, and Dakota Fanning, among many others. 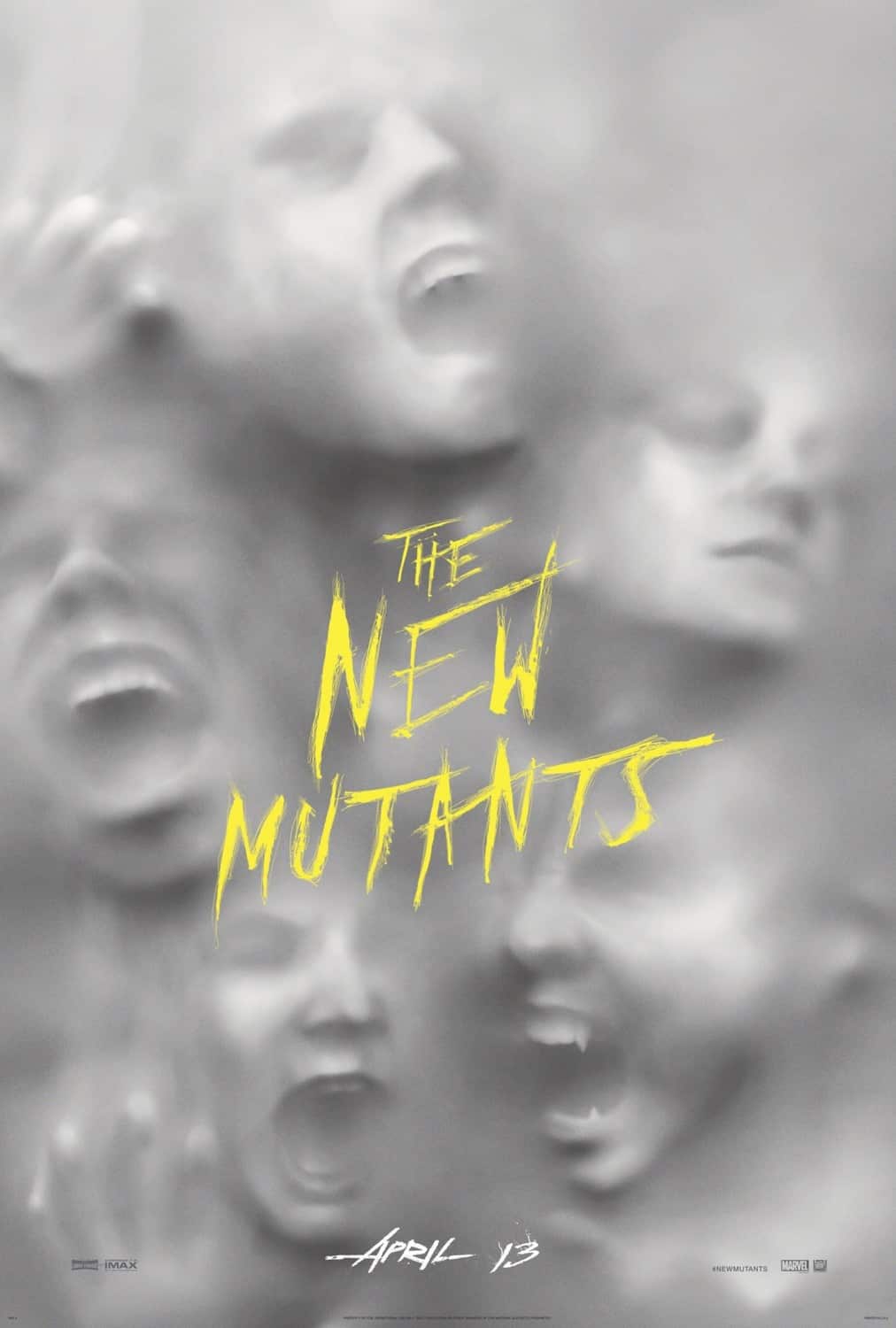 What happens when you mix X-men with horror elements? You get The New Mutants, of course! Director Josh Boone (The Fault In Our Stars) gives us Magik, Wolfsbane and other super-powered teens as they try to figure out their abilities while staying at a secret facility. 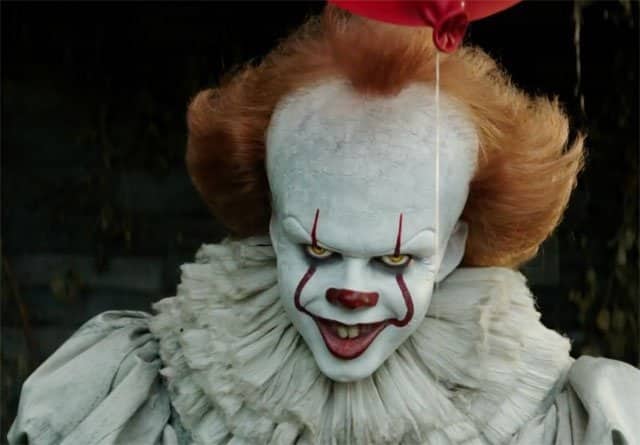 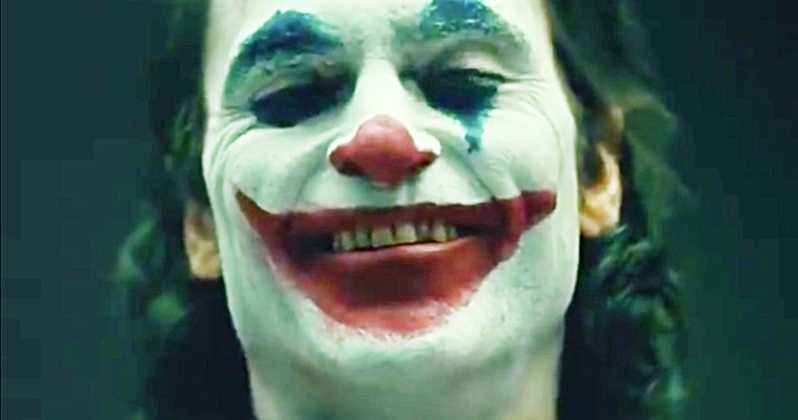 Legendary actor Joaquin Phoenix gets a shot at portraying the iconic Batman villain in this stand-alone flick. From the looks of it, his version is going to be far more twisted than Jared Leto’s! 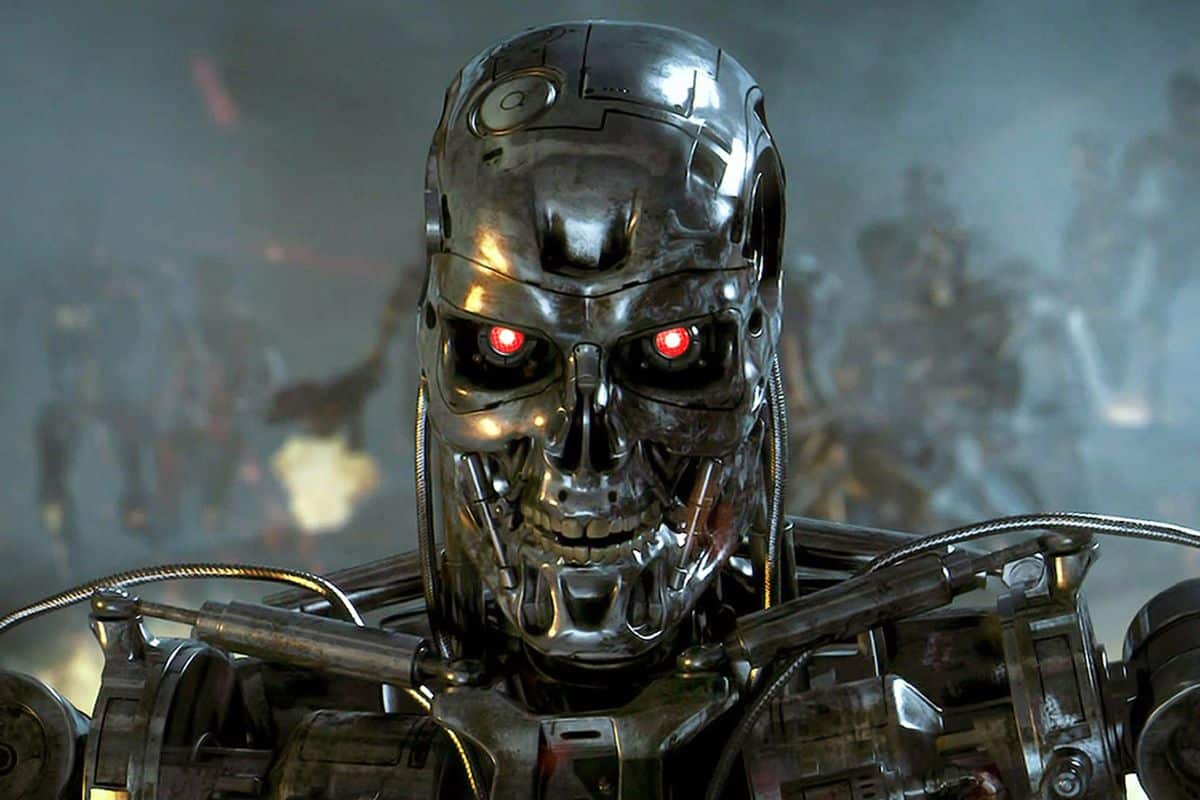 We don’t know the official title yet but so far, we’re sure Arnold Schwarzenegger will be back for this film with Tim Miller of Deadpool fame as the director. The movie also features Linda Hamilton, Mackenzie Davis and Gabriel Luna. 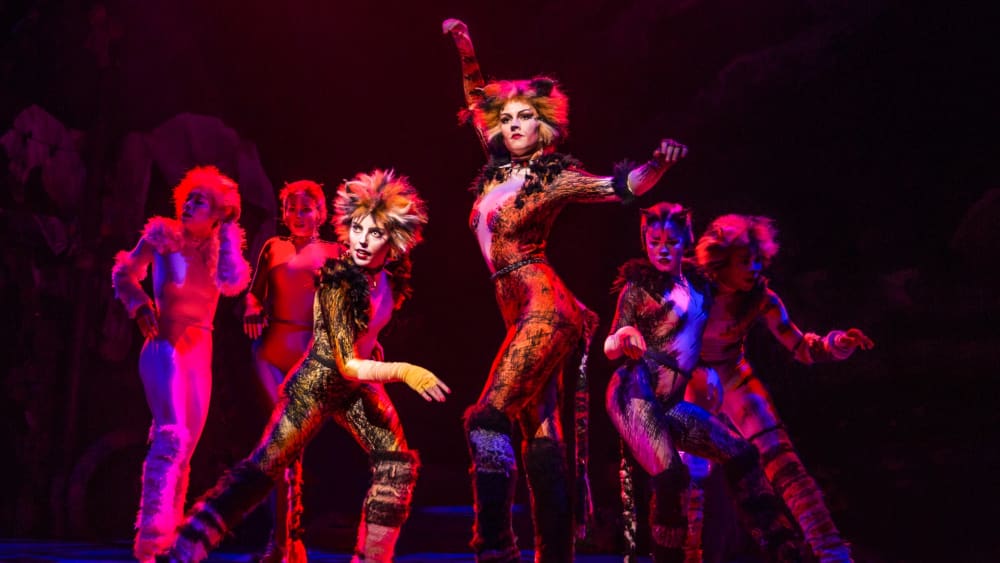 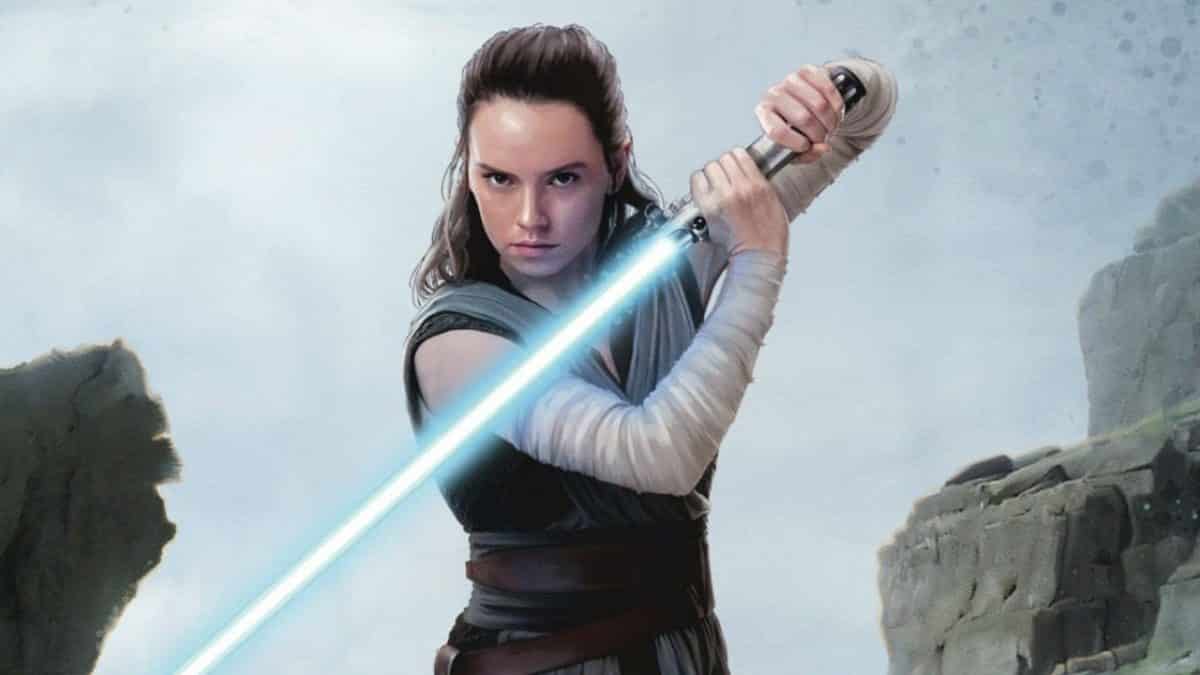 The third movie to the new trilogy, the still untitled episode of the beloved space opera shows us what happens to Rey (Daisy Ridley), Finn (John Boyega), Poe Dameron (Oscar Isaac) and the rest of the Resistance crew following The Last Jedi. The Force Awakens director J.J. Abrams is back and we can’t wait to see where he takes our heroes from a galaxy far, far away.