Remember the adorable little baker who made a sprinkles-covered cake? He’s back and this time, he’s making pizza. As usual, the tiny chef gets full support from his trusty assistant and couldn’t help but sample the ingredients.

Roman is the charming little host of Roman’s Cooking Corner. His YouTube debut was an instant hit that had people begging for new episodes. Luckily, the tiny baker has returned to share his special pizza recipe. 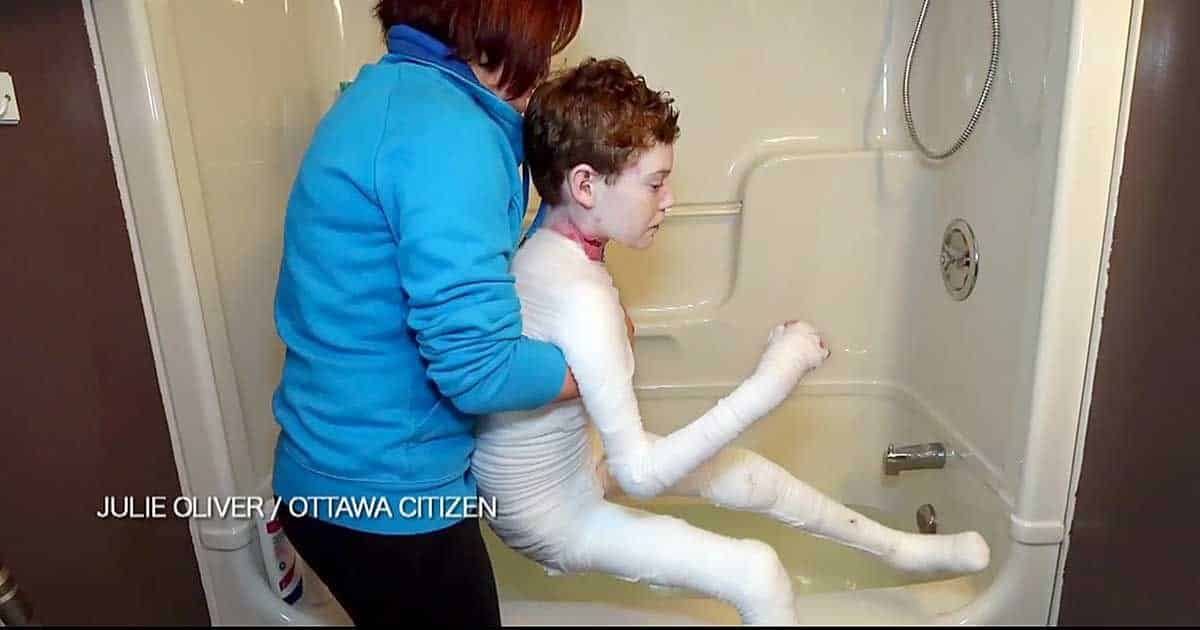 There is little doubt that Roman is a sweet little boy. He politely tells his assistant, “I’m ready,” then hugs her and gives her a little kiss. The toddler is clearly excited about the new episode because he is making pizza.

Roman welcomes his viewers before politely asking his mommy for the crust and sauce. He has some trouble with the squeeze bottle but gets some help from his assistant. Soon, he’s using his little red spatula to spread the sauce all over the crust.

It immediately becomes clear why the little baker is excited about the episode. He keeps declaring that his creation is “yummy” and makes sure to taste the ingredients as he adds them. Roman loves the cheese, olives, and pepperoni.

There will be another episode of Roman’s show next month. 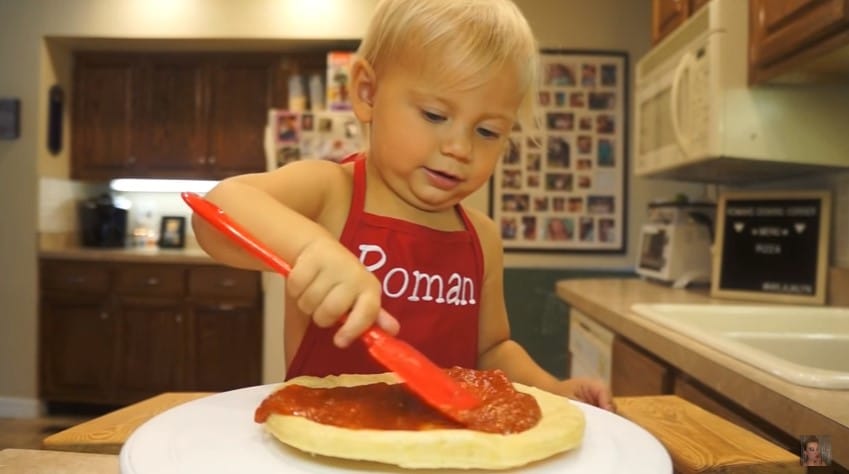 Roman is really stepping up his game. His pizza has its own adorable box featuring his catchphrase, “It’s so yummy.” Of course, he can’t wait to get a slice of his creation, even if it’s still too hot to consume. The show concludes with the adorable little baker realizing that he has some pizza in his hair.

The new video immediately had Roman’s fans going crazy. “Roman, your cooking show is the best thing on YouTube!” wrote one follower. Another admitted that the little chef made them rethink their food options. “I’m Italian and can’t stand pineapple pizza…..however chef Roman convinced me to try it!!!! Sooooooo cute!﻿” the fan wrote.

Roman’s Cooking Corner will have a new episode every month.