You hear about prisoners earning their dues, getting pardoned, and then released from jail after exhibiting good behavior and all that jazz? Well, this was what this ancient lobster must have felt like when, after spending 2 decades in a fish tank, his “owner” finally “pardoned” him and released him back to the water to live out his days as a free man, I mean, crustacean.

Louie the Lobster has been one of the attractions at Peter’s Clam Bar on Long Island. A fish tank served as his home for 20 years; he has become such a fixture in there that the owner Butch Yamali considered him more as a pet than the next item on the menu. Butch inherited Louie when he purchased the restaurant years ago – the lobster was part of the package.

Well, Butch loved Louie so much that he refused a customer that offered $1000 to have the lobster cooked for Father’s Day. 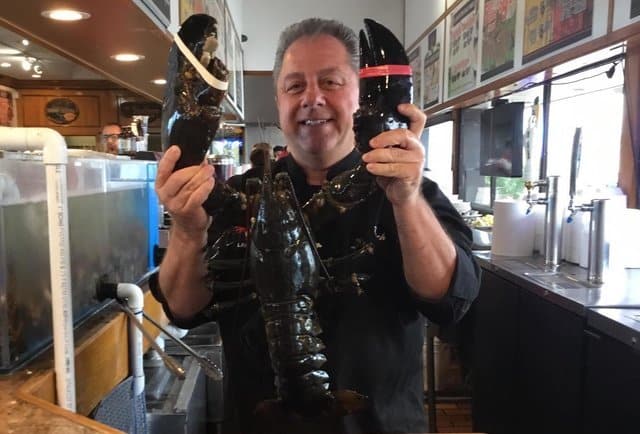 Instead, Butch opted to free Louie, thinking that the crustacean more than earned the chance to spend his remaining years in the ocean.

Butch even got a local town supervisor to “officially pardon” the lobster before sending him out to the sea, using a speedboat near the Atlantic reef.

Louie weighed a whopping 22 pounds when he was released into the ocean. 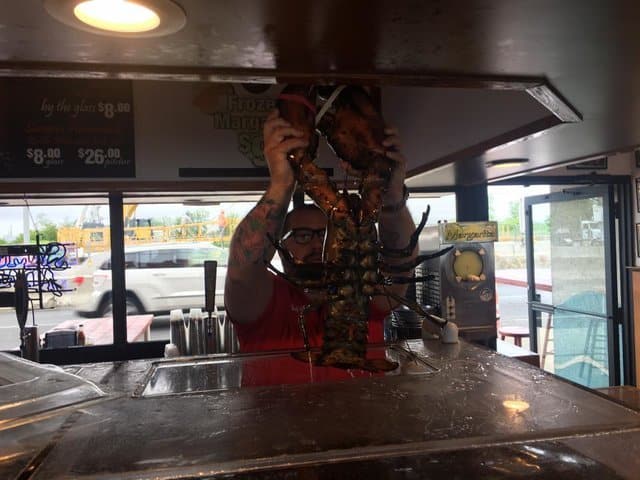 That is definitely way more than the average Maine lobster, which usually weighs just 2 pounds.

The lobster also has the distinction of being one of the oldest ones who lived in captivity, the oldest one being 140 years old. THAT one, which was named George, was released from a New York restaurant in 2009. George was set free at the coast of Maine.

We shouldn’t be worried about Louie not adjusting to the ocean either. Bob Bayer, executive director of the Lobster Institute at the University of Maine, said:

“He’ll be just fine. There aren’t many predators who want to eat a big old lobster like that.”