The Philippines is used to the emergence of mosquito-borne illnesses like dengue fever and Chikungunya, which have affected millions over the past years. However, another type of viral disease carried by a certain species of mosquitoes has been spreading in some parts of the country.

Japanese encephalitis is a mosquito-borne viral infection, which has been described as the leading cause of viral encephalitis in Asia. However, many people are still unaware of this illness, and the recent spread of cases in some regions is causing panic.

Here’s everything you need to know about Japanese encephalitis.

1. Japanese encephalitis is a viral infection that targets the brain of the body. 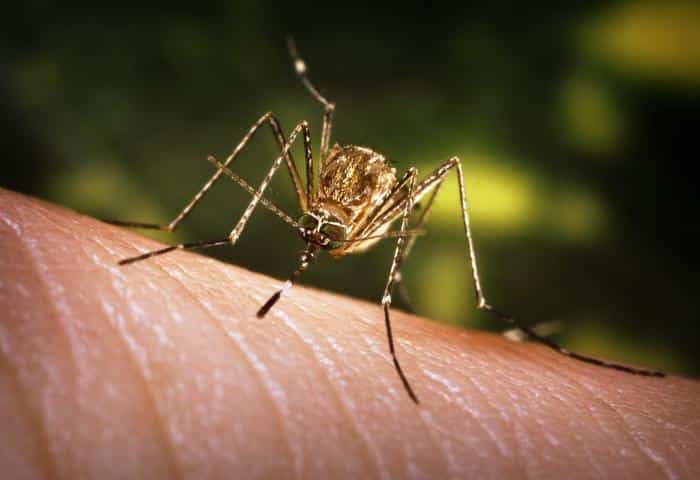 The Japanese encephalitis virus (JEV) is related to the viruses that cause the Murray Valley encephalitis and St. Louis encephalitis. Also, it’s a mosquito-borne illness like yellow fever and dengue fever.

Encephalitis pertains to the inflammation of the brain that could lead to various complications, and in some cases, death.

2. Japanese encephalitis is mainly found in some parts of Asia. 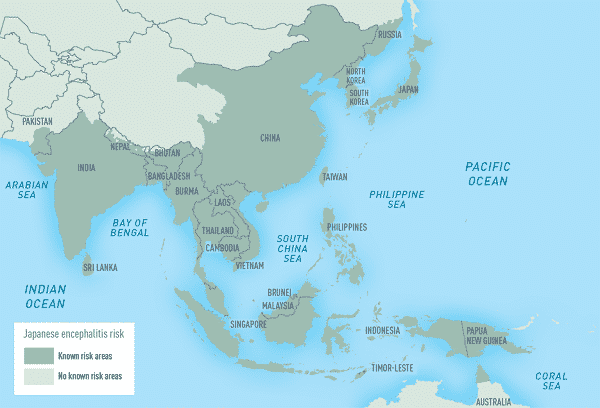 According to the World Health Organization (WHO), Japanese encephalitis is the main cause of encephalitis in Asia with about 68,000 cases each year, with 13,600 to 20,400 deaths.

When a person is infected, the rate of fatality can be as high as 30 percent. Also, 30 to 50 percent of those with encephalitis are likely to suffer from permanent neurological problems.

In Southeast Asia and Western Pacific areas, 24 countries have endemic JEV transmission, making about 3 billion people at risk of contracting the disease.

The virus is more likely to affect children than adults. This is because adults in the areas where the illness is endemic may become immune as they get older.

3. The virus is found in pigs and birds. 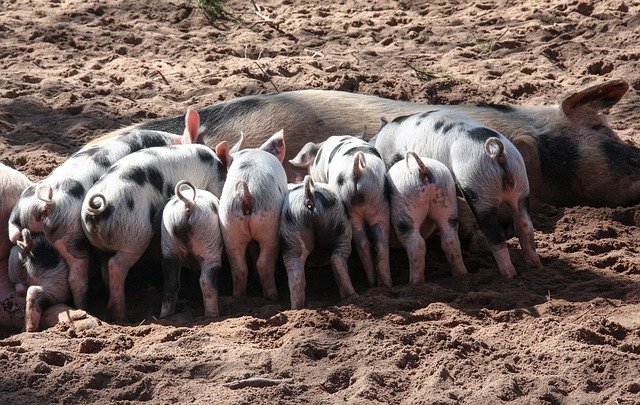 The virus is passed to mosquitoes when they bite infected animals like pigs and birds. It can’t spread from person to person. Hence, most of the cases are found in rural areas, particularly those provinces where rice fields are found. However, the disease can also be found in some urban areas.

4. The virus is carried by the mosquito species Culex tritaeniorhynchus 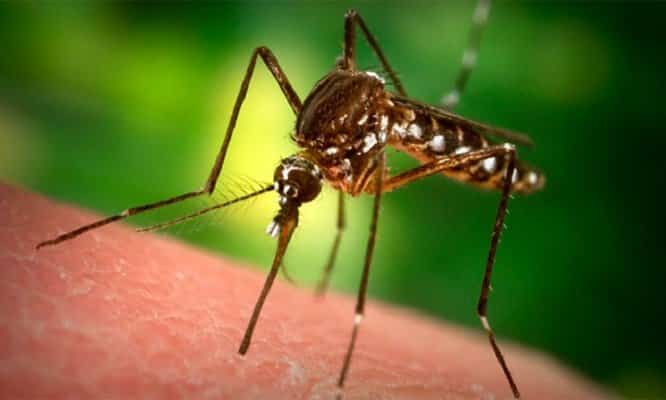 The primary vector of Japanese encephalitis is the mosquito species Culex tritaeniorhynchus. This type of mosquito is a native of Asia, parts of Africa and West Pacific area. The female mosquitoes usually target animals including cattle and pigs.

The Culex tritaeniorhynchus larvae are mostly found in low-lying flooded areas like fallow rice fields and piggeries, but the species are also found in ponds, ditches, and wells.

5. The flavivirus is the main pathogen of Japanese encephalitis.

The JE virus is transmitted in a cycle between mosquitoes and animal hosts like birds and pigs. Humans are considered dead-end hosts, which means that they do not develop a high concentration of the virus in their bloodstreams to infect feeding mosquitoes.

When a person is infected, he will not infect mosquitoes that will bite him. The transmission of the JE virus mainly occurs all-year-round, with peaks during the summer and rainy season. The peak of transmission intensifies during the pre-harvest period in rice-cultivating areas.

7. The first case was reported in Japan. 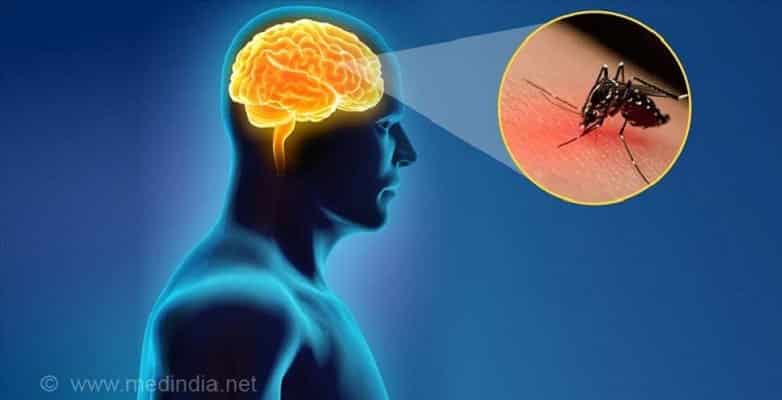 The first case of Japanese encephalitis viral infection (JE) was reported in 1871 in Japan.

8. The symptoms of Japanese encephalitis may develop abruptly. 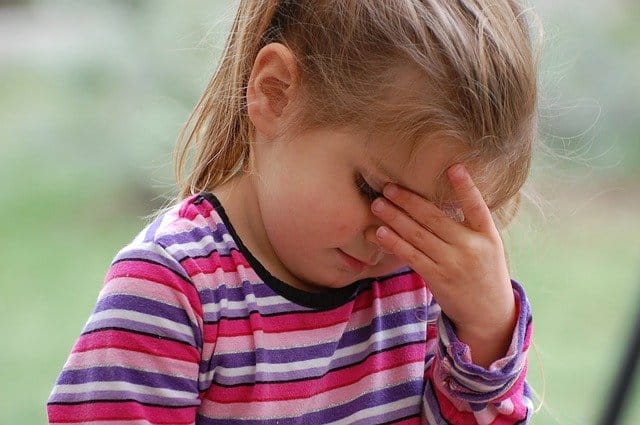 The Centers for Disease Control and Prevention (CDC) reports that less than 1 percent of people with the virus develop clinical illness. In people who have the symptoms, the incubation period usually takes between five to 15 days.

The most common signs and symptoms of the disease include high fever, headache, and vomiting. The neurological symptoms, which signal that the brain has already been affected, may include mental status changes, movement disorders, confusion, stiff neck, tremors and inability to speak. Seizures are most commonly found in children.

The symptoms of the disease may develop abruptly, with the advanced stages harder to treat. In some cases, the infection of the brain can be deadly.

9. There is no cure for Japanese encephalitis. 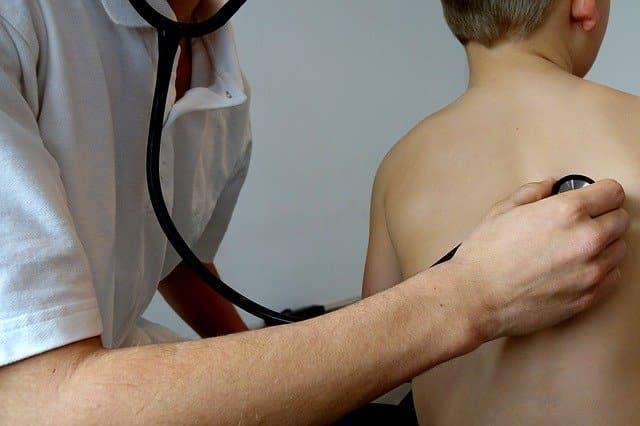 There is no cure for this potentially-fatal disease. The treatment is supportive to relieve the various symptoms of the patient and to prevent the progression of the disease.

10. However, having the vaccine helps prevent Japanese encephalitis. 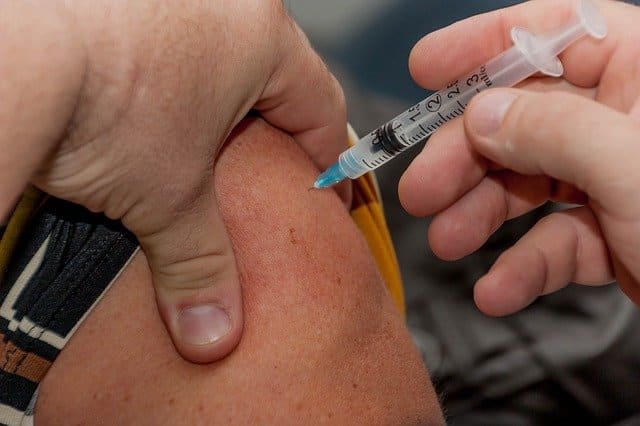 The best way to prevent the disease is to be vaccinated against the infection before a person visits areas or a country where there’s a high risk of catching it.

In the Philippines, the only vaccine available for JE is Imojev, which is being supplied by the pharmaceutical company, Sanofi Pasteur, the Inquirer reports. However, with the sudden demand for the vaccines, these are already out of stock. Consequently, the Department of Health (DOH) wants the vaccine to be part of the standard immunization program in the country.

Despite having the vaccine, precautions should still be observed to prevent being bitten by the mosquitoes that carry the virus. Some precautions include sleeping in rooms with close-fitting gauze over the windows, using insect repellent to exposed areas of the skin, wearing protective clothing, and cleaning surrounding areas to eliminate breeding grounds for mosquitoes.

Nine people have already died from Japanese encephalitis in the Philippines.

Prevention is better than cure. Strict precautions are crucial in preventing the spread of the disease.