Tattoos are forever, unless you will have your ink lasered out. For members of the Yakuza, in particular, tattoos are indeed for life. Unfortunately, if you’re a Yakuza hiding from the law, your ink can get you into trouble.

Yakuza boss Shigeharu Shirai learned this the hard way when he got arrested after pictures of his tattoos spread on social media. Shirai, who has been hiding for 14 years in Thailand, is a suspect for the shooting of Kashihiko Otobe, the deputy leader of a rival gang.

Shirai escaped from the Japanese authorities in 2003 and hid in Thailand, where he got married and settled down to a peaceful life. 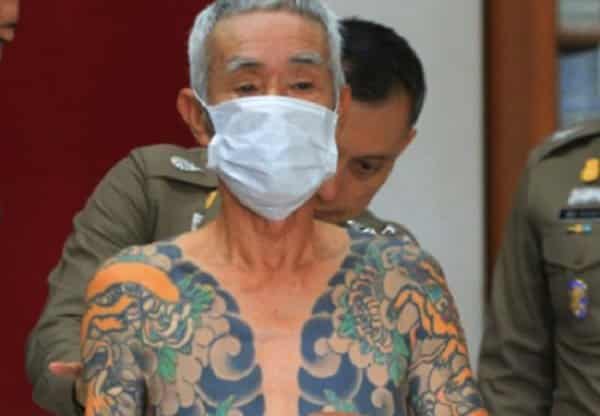 However, his tattoo will become his undoing. A local person took a photo of Shirai, who was playing checkers during that time, and shared it on Facebook. The person had no idea of the old man’s identity and thus innocently placed a caption on the photo.

The photos became viral and users commented on the man’s tattoos and Shirai’s left hand, which was missing a little finger. It’s common knowledge that members of the Yakuza will have their fingers cut off if they committed an offense, especially against the code of the gang. Soon people were recognizing Shirai, including the Japanese police.

Shirai was soon arrested for entering Thailand illegally and was returned to his home country. 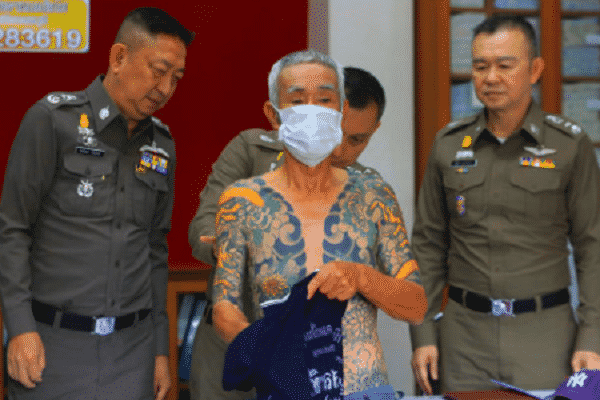 He confessed to being a gang leader but he denied the allegations against him related to Otobe’s murder. He suggested that the murder may have been part of the activities within the sub-groups of the Yakuza.

Since his tattoos went public, the meaning behind the striking skin art was revealed as well. This style of tattooing is called Irezumi, which originated during the Edo period from 1603-1868.

The designs usually include dragons and other mythological beasts. 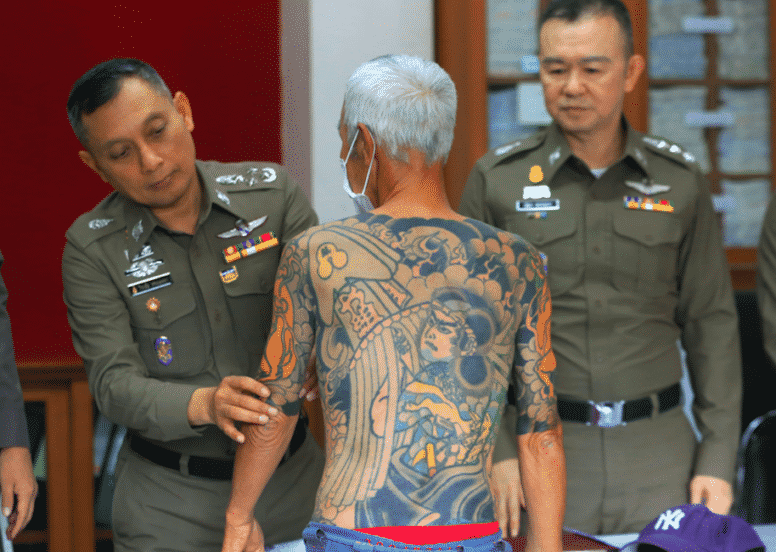 Another distinctive detail with Yakuza tattoos is the flower design.

Shirai’s tattoos include a samurai, which represents the Bushidō code and emphasizes ‘honour, courage, loyalty, and proper action.’ 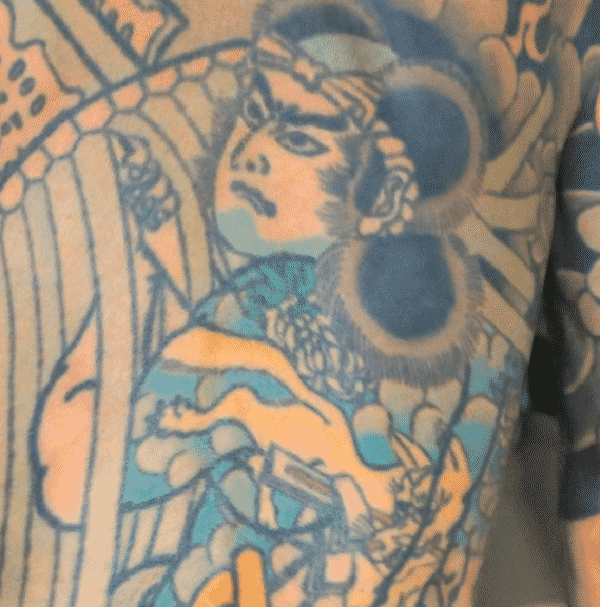 Shirai’s right nipple has a yellow flower tattoo, which could be a peony, chrysanthemum, or lotus. 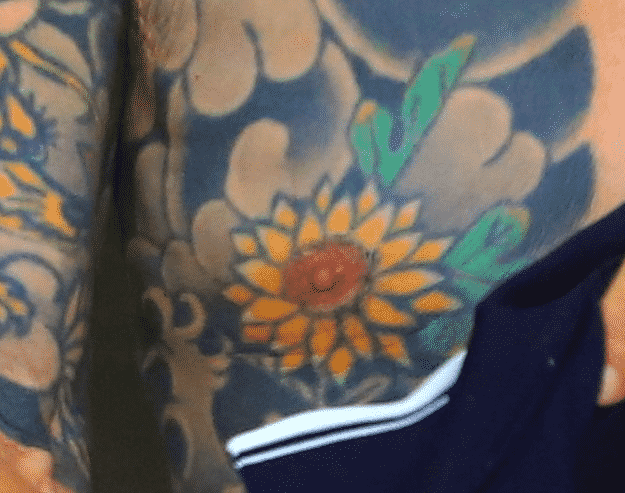 The peony symbolizes wealth and prosperity. Chrysanthemum has connotations of joy and longevity, while the lotus represents unfulfilled potential.

The fascination with Yakuza is more than just their tattoos. Here are 10 Bizarre Facts About the Yakuza You Didn’t Know About.