If you are an animal lover, this story will totally break your heart. Photos taken at a private zoo in Armenia revealed the sad living conditions of several animals caged therein.

According to the reports that surfaced online, the zoo was owned by a wealthy owner who suddenly disappeared. It is located in the town of Gyumri (the same town where the Kardashians are from) and now only has a few animals consisting of 3 lions, 2 bears, and 2 guinea pigs.

Found in Gyumri, Armenia, this private zoo was suddenly abandoned by its rich owner. 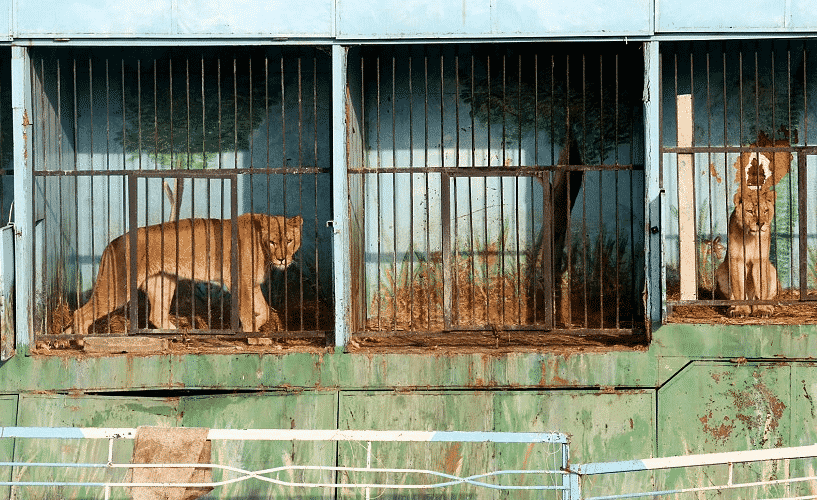 Details are scarce about the zoo owner or how the animals were acquired in the first place but the Daily Mail surmised that the billionaire may have bought the creatures “on a whim” as a way of showing off to friends.

The identity of the zoo owner remains a mystery at the moment. 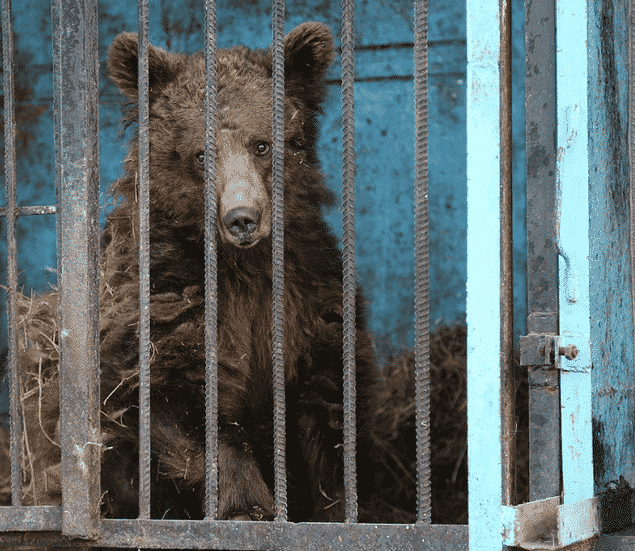 Sources say it is possible that the billionaire bought the animals to ‘show off.’ 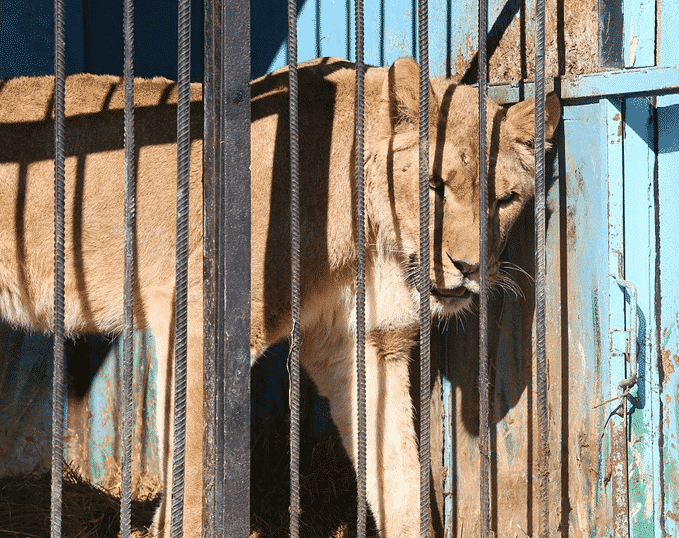 Sadly, the animals are now showing signs of distress, “banging their heads against the wall.” 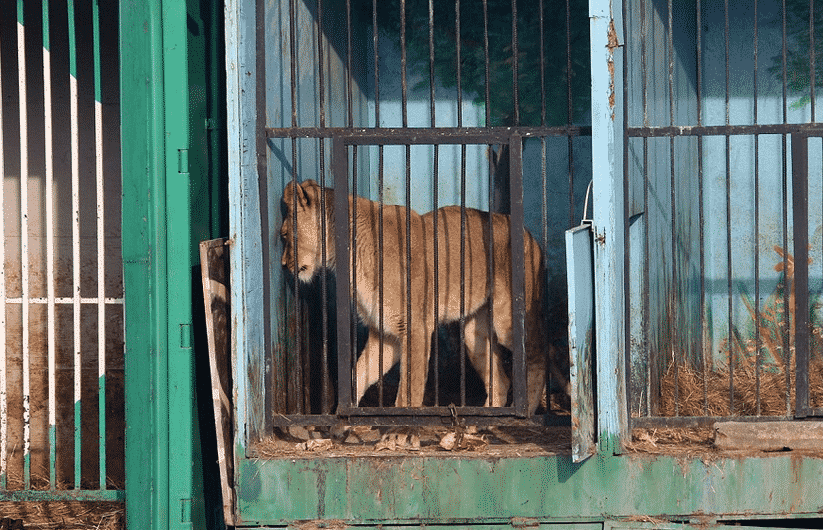 What’s really sad here is that the animals are obviously distressed since they are “pacing in their cages and banging their heads against the wall,” Unilad shared.

Fortunately, the International Animal Rescue have started to help. 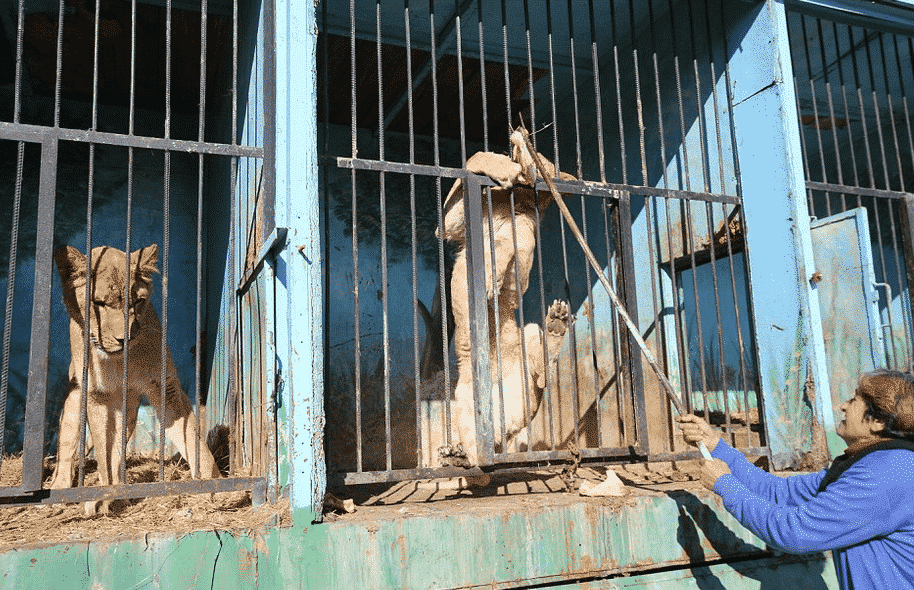 Fortunately, an animal rights group have stepped up to lend a helping hand. A representative from the Sussex-based International Animal Rescue said:

“The fate of these animals should not be dependent on the philanthropy of an elderly couple who barely have enough for themselves.

They endure in terrible conditions. We need to try to get enough money for them to be moved to a place where they can be better cared for.”

Eventually, a GoFundMe page has been created for the poor animals. 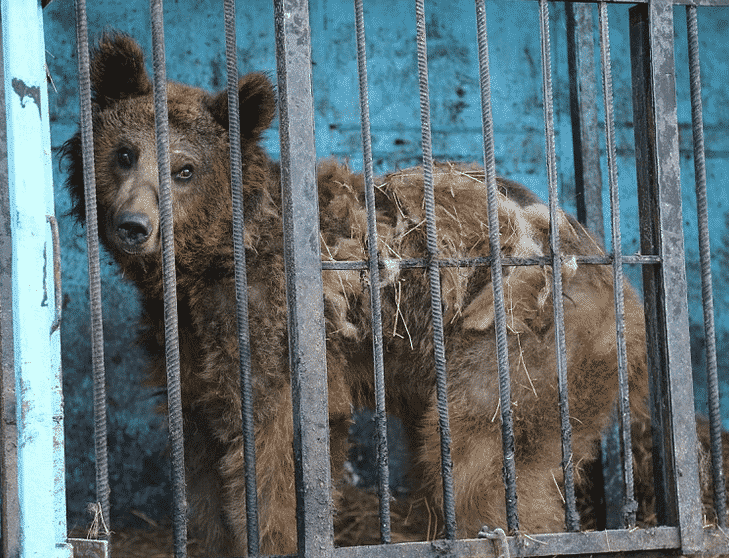 A GoFundMe page has been created by Sophie Newton to gather much-needed financial help for the poor animals.

Through the help of donors, it is hoped that the animals can be saved from their awful situation. 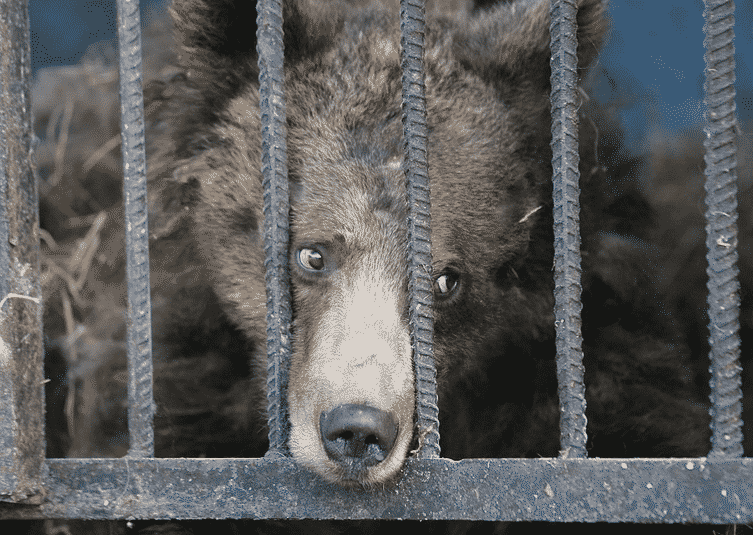 Newton recently gave an update about the animals and wrote:

“Our vet team is visiting the animals today with SOS Gyumri Zoo Animals, who been trying to help these animals for the last 5 years. Things got very bad over the last three months and they approached everybody within Armenia (including the ministries, Yerevan Zoo) for help but were turned down. The photos of the article which came out yesterday, were taken three months ago.

The Romanian organisation is still interested in taking the two bears and are busy sorting the needed documents. The contract has been done by Serda Ozbenian from the Armenian Environmental Network.

The lions are the biggest issue as no zoo or sanctuary in Armenia can take them and therefore will be harder to sort out. However we’re on it now. They will need to go into captivity for months of rehab and feeding up.They are too psychologically damaged and unhealthy to be released directly into the wild.”

The lions remain to be a serious concern since they are “too psychologically damaged and unhealthy.” 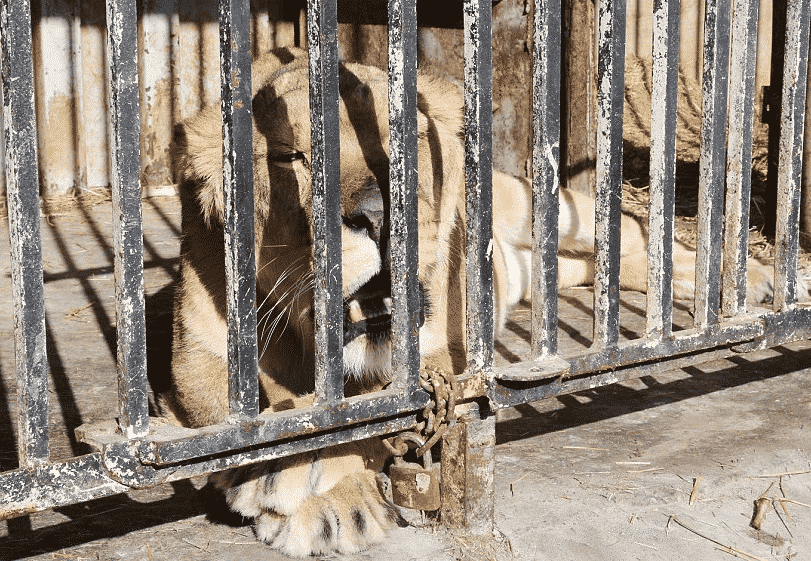