In the Canadian province of Manitoba, in the rural hamlet of Narcisse, a once-a-year event occurs each month just before the start of the summer season.

A mating of snakes! 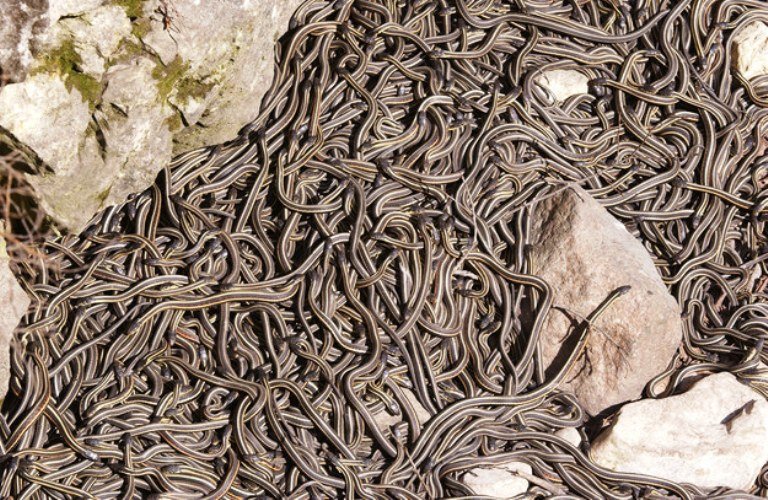 Thousands upon thousands of red-sided garter snakes slither out of their pits from hundreds of subterranean caverns where they hibernate each winter, to slip, slide and slither all over each other in their quest to reproduce.

With the male snakes outnumbering the females 10,000 to 1, one can imagine the tumultuous swarming as the masculine serpents muscle each other out of the way to be the first to impregnate their fellow snakes of the opposite gender. 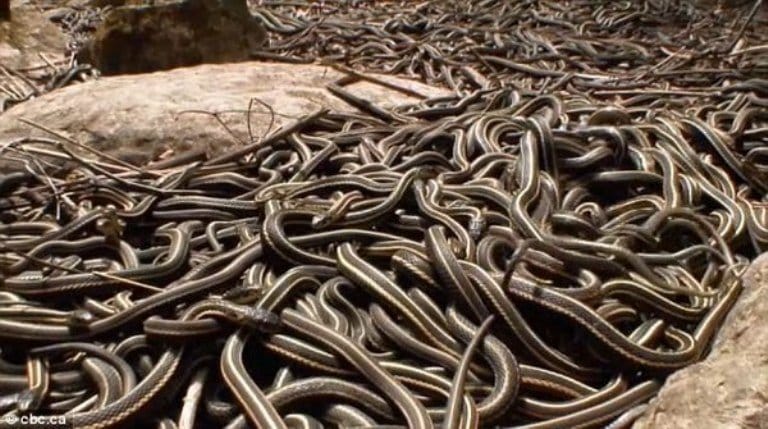