An enraged woman in China made headlines for throwing a tantrum at a jewellery store in Handan in north eastern China on September 25.

It is believed that the unidentified woman threw stacks of 100 Yuan bills at the saleswoman after the latter allegedly said something rude to her.

In the footage that emerged online, a fashionable lady can be seen talking with the saleswoman at the jewellery counter. No one seems to know what the saleswoman said that triggered the customer to go violent.

In the footage, the woman can be heard yelling: “You think I can’t afford it? What kind of shop is this?”

“Do you believe it, I can buy the entire street.”

“Do you know who my dad is?” the woman added.

Shortly after saying her piece, the woman started pulling stacks of cash, all in 100 Yuan bills, and began throwing it at the face of the poor saleswoman. 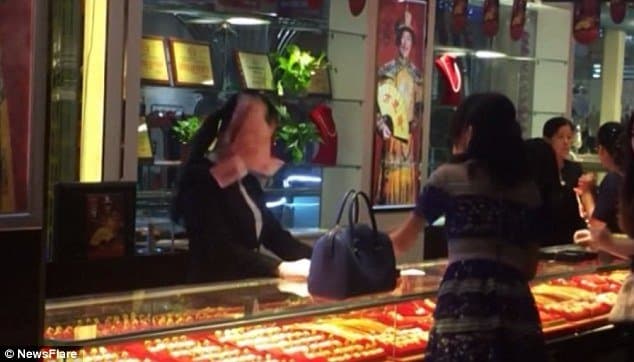 It is estimated that the female customer threw tens of thousands of Yuan at the embarrassed saleswoman. Luckily, another customer intervened. 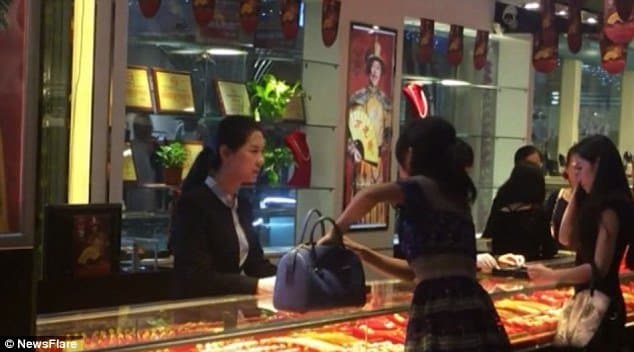 Despite the mortifying experience, it can be observed that the saleswoman maintained her composure and acted professional throughout the whole money-throwing incident.

The footage, which quickly took the internet by storm , has sparked outrage among China’s web users. 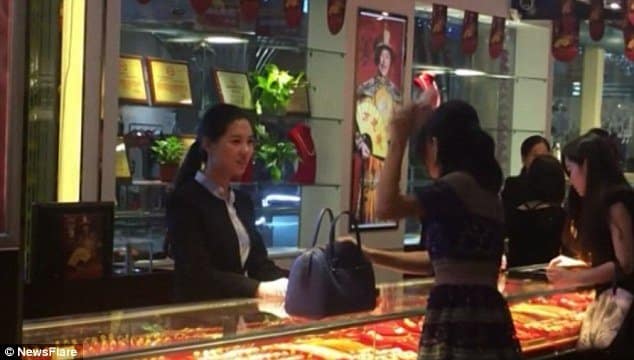 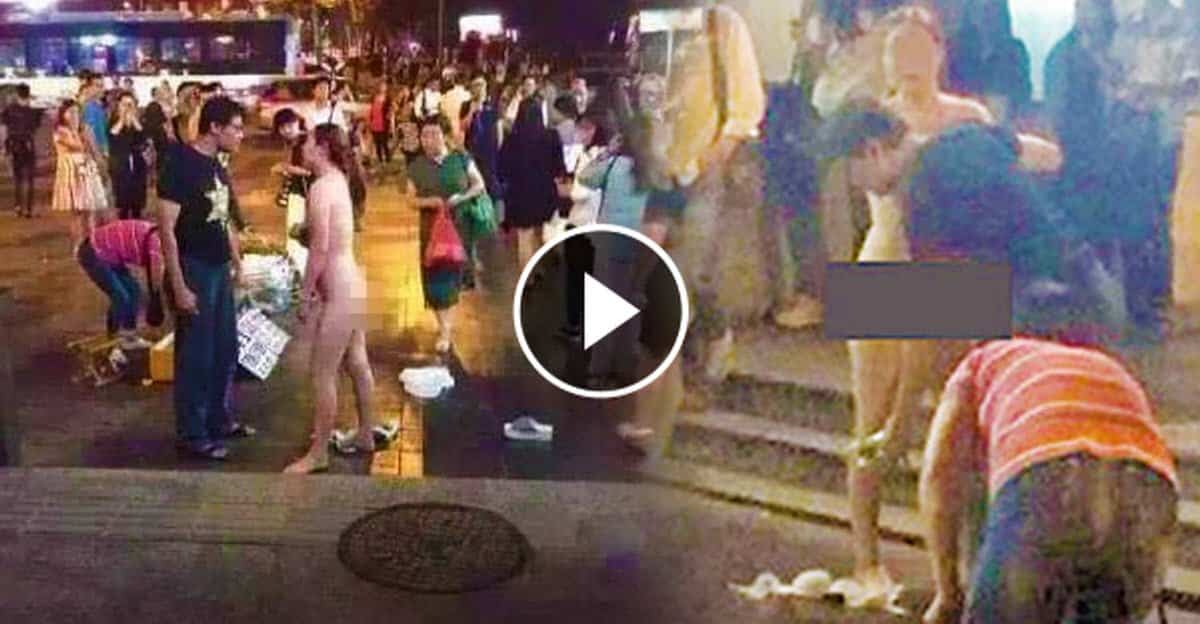