The Cambridge Analytica scandal continues to be a hot topic today. Many Facebook users have become concerned about just how much of their personal data the social media platform keeps.

In case you need a refresher, here are the basics of the controversy: The London Observer and The New York Times reported on March 17 that UK-based data firm Cambridge Analytica acquired millions of Facebook users’ personal information. The data was reportedly gathered in early 2014 through an app called “thisisyourdigitallife” and was used to reportedly build a software that could target possibly swing voters in political campaigns – including US President Donald Trump’s 2016 election bid.

Cambridge Analytica’s co-founder and now whistle-blower Christopher Wylie helped the news outfits break the story, and since then, Facebook users have been concerned. 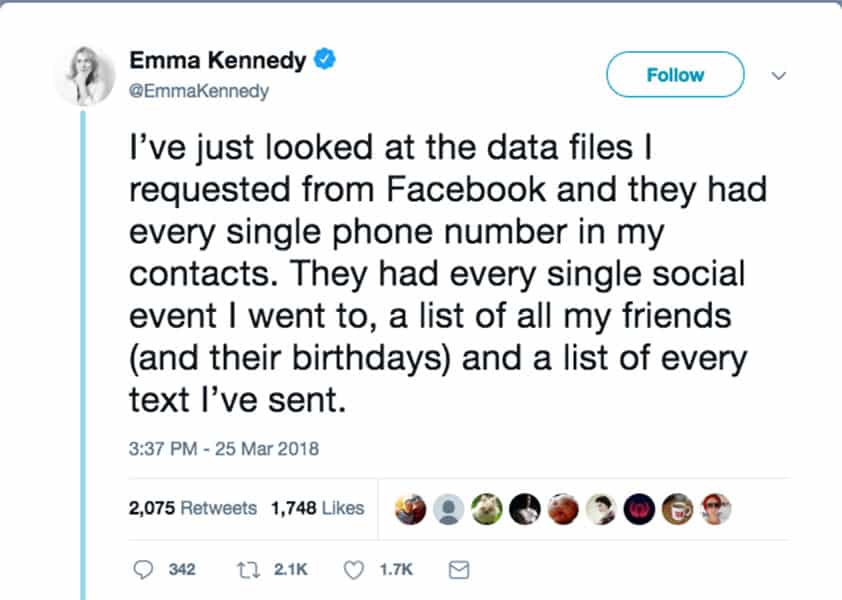 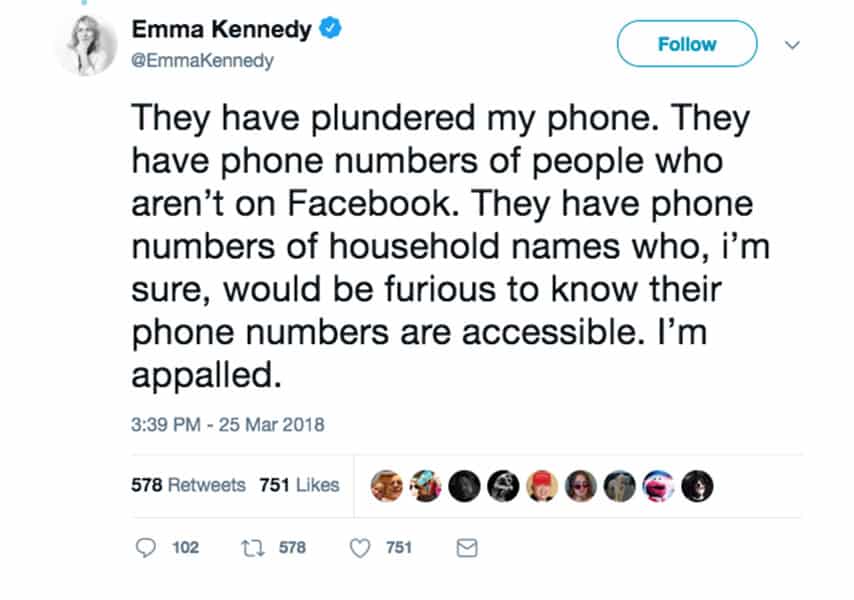 Wylie was quoted by the Observer as saying:

“We exploited Facebook to harvest millions of people’s profiles and built models to exploit what we knew about them and target their inner demons. That was the basis the entire company was built on.”

Since the news broke, Facebook has been under fire, and users have been trying to retrieve their Facebook data. 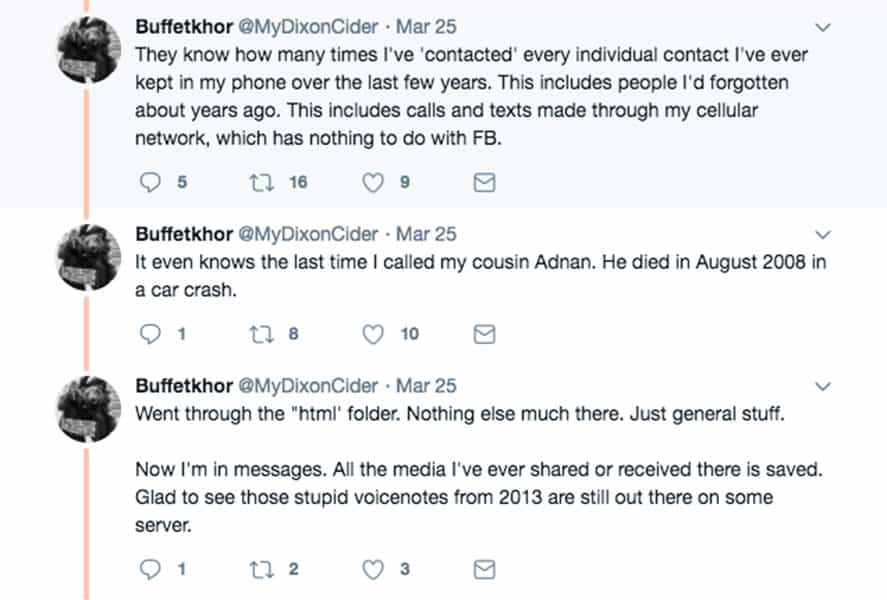 One way users are trying to see what data the social media giant has on them is through requesting all their Facebook data as a zip file. Many users expressed shock after seeing all their information Facebook has access to.

Users reported seeing everything from their contacts to records of their text messages.

Some users also reported seeing that their information has been shared with many advertisers. 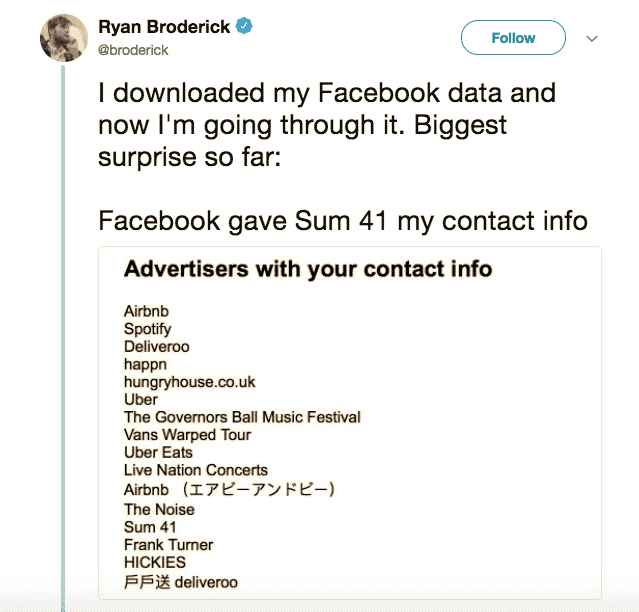 Even users, developers, and techies who claim to have their privacy settings locked down complained about their private information being available and shared.

One developer from New Zealand downloaded his data and saw records of his phone calls with his partner’s mom, his old deleted contacts, and text messages. 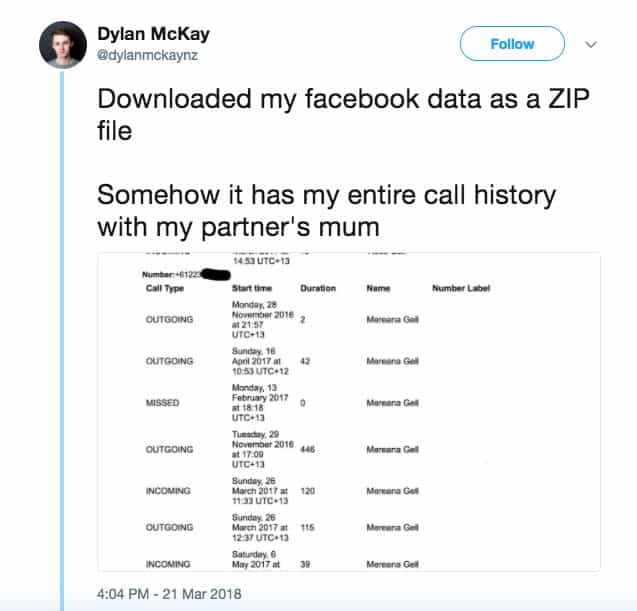 The developer said he does not use Facebook Messenger for SMS. He also created a script for collecting phone record statistics from a Facebook user data dump, which shared online. 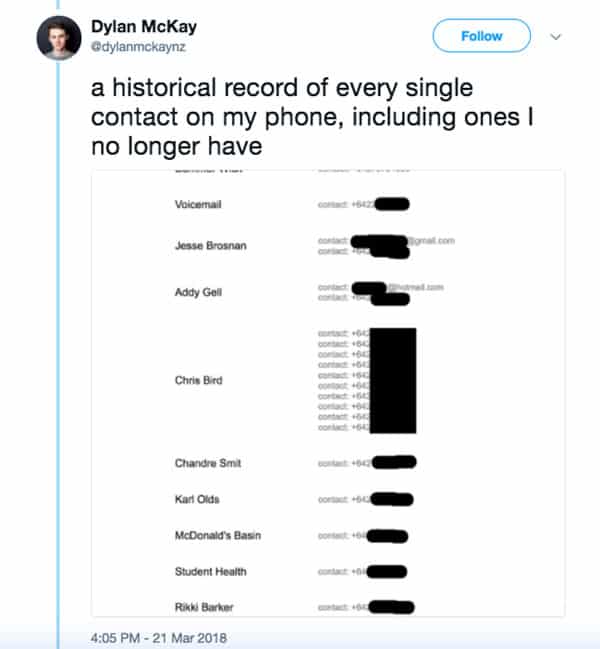 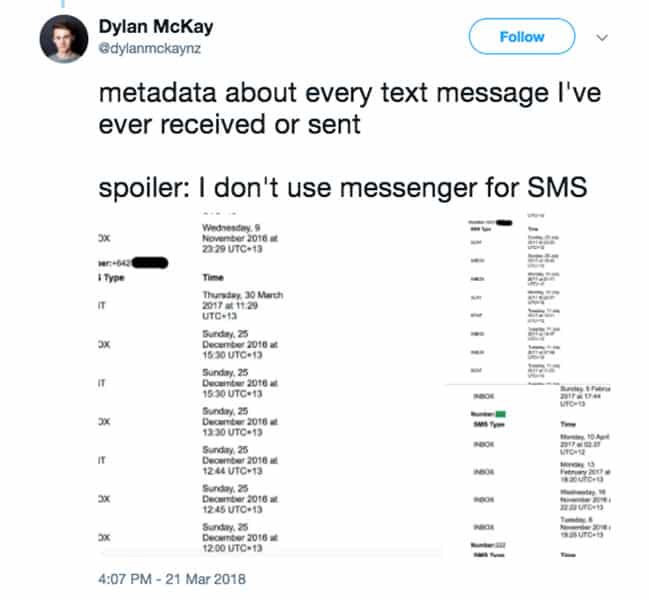