A groom and bride’s first kiss is a big deal. It is the moment when they transitioned their relationship from being boyfriend and girlfriend to husband and wife, which is why a lot of couples would try to make it as perfect as possible during their wedding day.

Making that perfect kiss is something that Vea wasn’t worried about during her wedding day with Mana. In fact, the kiss on the lips at the end of the ceremony never happened. 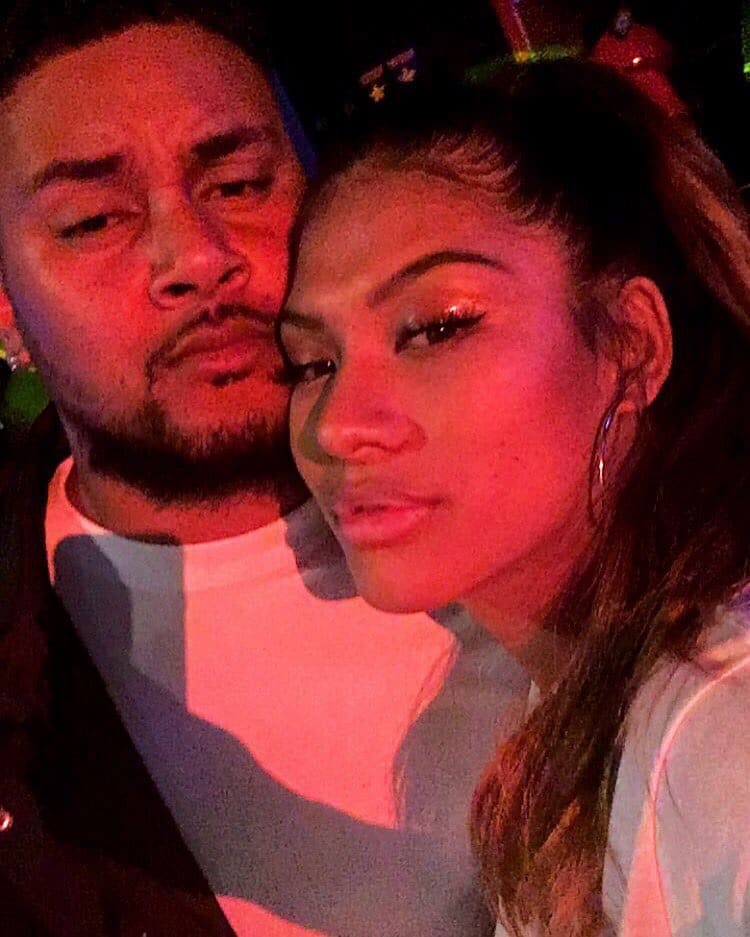 The 21-year-old got a lot of backlash on social media for not kissing her husband on the lips on their wedding day.

The video showed Mana leaning in for a kiss, then Vea quickly moved her head so he could kiss her on the cheek.

As if that wasn’t enough, Vea would be seen getting upset with her husband, probably because he got a little too close in kissing her on the lips. 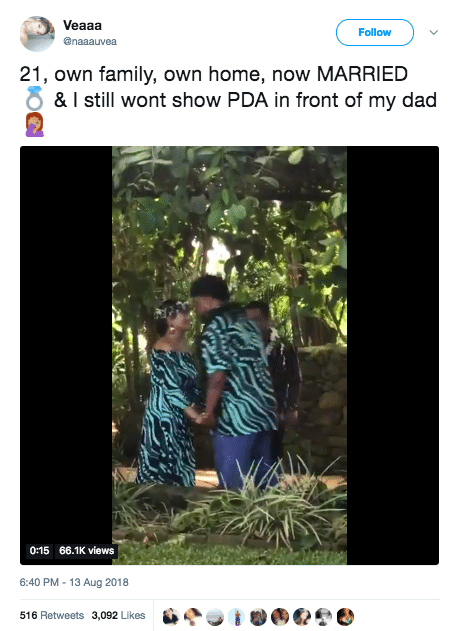 After getting a lot of hate for her actions, Vea then explained:

“Well I’m Tongan, and in my culture, it’s just disrespectful to show any type of PDA (public displays of affection) in front of family or friends, but the main person I thought about was my dad. Plus it was just weird to me … I’ve never showed PDA in front of him, and I wasn’t about to try at my wedding … My dad probably would have felt weird about it; I don’t want to test the waters.”

She posted a short clip of the kissing part on Twitter, captioning it: “21, own family, own home, now MARRIED & still won’t show DA in front of my dad.”

She said that she is okay with the response from people over the internet and that it doesn’t affect her.

Vea also explained that her husband respects her and her family’s beliefs and he was just fine with his wife not wanting to kiss him on their wedding day.

After the explanation, Vea got some netizens on her side, leaving comments like “Daddy raised you right – congrats and best wishes” and “I seriously enjoy watching you guys. Congrats.”