Whether you’re an Apple fan or not, you can’t deny the excitement that the latest Apple phone has generated. It doesn’t matter that the iPhone X comes at a price tag that can make you wince – those who are loyal to all things Apple and those who just wants to have the latest hot item will still hand over their cash for it!

It’s undeniably a gorgeous phone with lots of innovative features (this one is debatable, especially if you’re talking to an Android fan), which include facial recognition. Ideally, only you can unlock your phone since facial recognition depends on the uniqueness of an individual’s features.

But it looks like this is also subject to debate, when a Chinese woman’s iPhone X was unlocked by another person, a colleague who somehow looks kinda like her.

The woman, who was identified by her last name Yan, had the facial recognition software installed when she bought her iPhone X.

But much to her surprise, her colleague was able to unlock the phone by using her own face for identification.

Yan, who is from Nanjing in Jiangsu province in China, called Apple support, who didn’t believe her story. 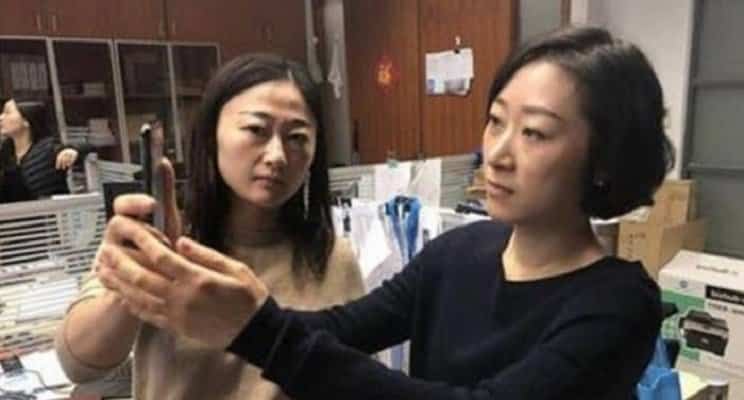 So eventually, she went to an Apple store and showed the employees the problem with the facial recognition software. As a result, they recognized that perhaps there was a problem with the camera and agreed to give her a refund.

Yan bought a new iPhone X with the refund and installed the software. Her colleague tested the phone again and was still able to unlock it. So she went back to the store to report the problem. The store offered her a second refund.

This should serve as a warning to those who are planning to buy an iPhone X. Still, we don’t think it will keep the Apple fanboys from getting theirs.