A 21-year-old woman in Kolkata, Eastern India has lived her whole life without a face.

Suffering from a rare condition called neurofibromatosis, Khadija Khatoon has no eyes or nose and has a mass of skin hanging from her forehead. This condition makes affected individuals prone to tumours.

Khadija was left without a choice but to live this way after doctors revealed “there was nothing they could do” and warned that a surgery could kill her. Now, they believe there’s a tumour hiding inside her face that could be fatal.

Despite suffering from a rare condition, Khadija says she lives a happy life. 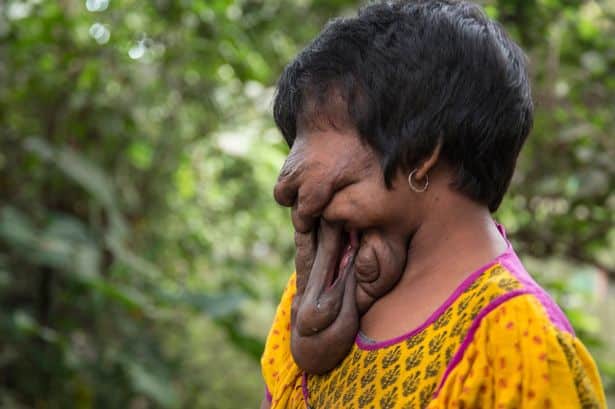 “There’s a possibility she has a tumour inside her face which could be fatal,” explained Dr Anirban Deep Banerjee.

Her devastating facial condition has prevented her from going to school or making friends. 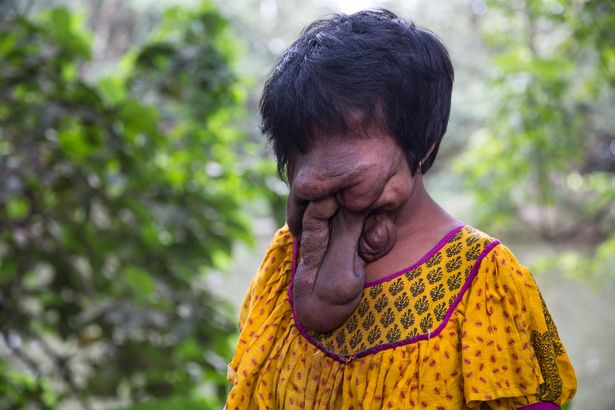 Sadly, Khadija comes from a poor family where men earn only £70 a month. This made it impossible for them to take Khadija to medical experts. 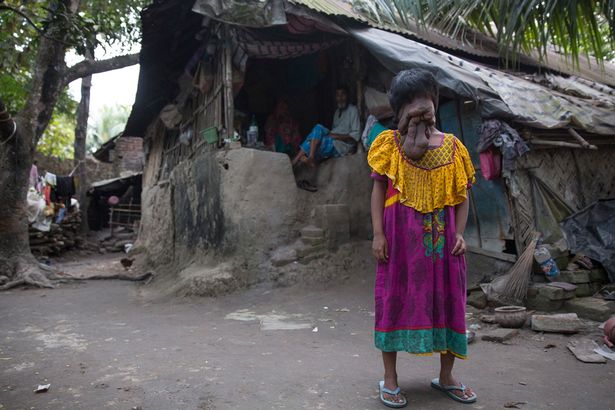 Khadija’s parents weren’t aware of her condition until she was two months old. 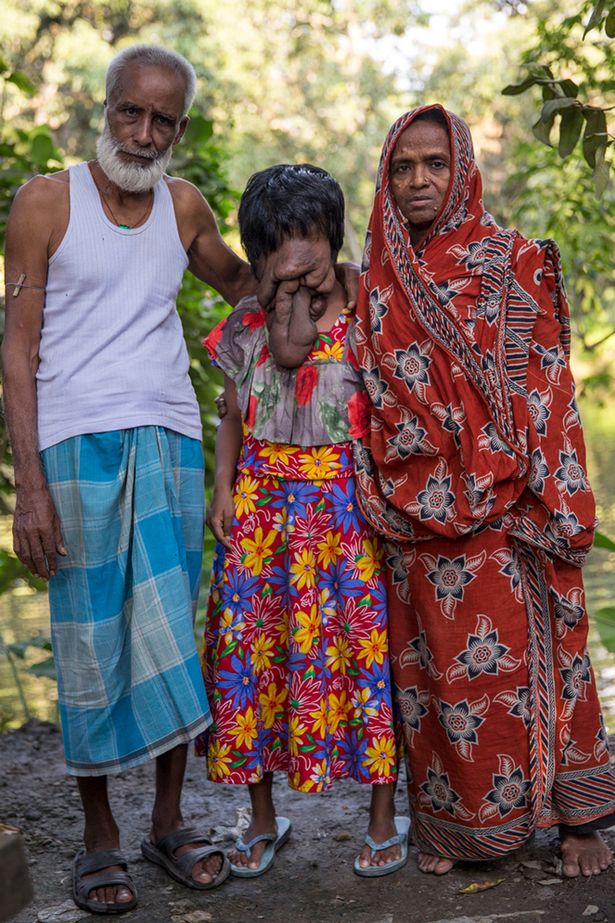 As a result, Khadija’s condition prevented her from having friends or going to school.

“My family is my only friend and I love them dearly. It’s not a matter of coping, I just live as I am,” Khadija said.

After seeing Khadija walking down the street, government officer Rupak Dutta decided to post an appeal on Facebook.

In order to raise £10,000 for Khadija’s medical expenses, a Crowdfunder page has been set up for her. You may extend help by donating on her page.

A Crowdfunder page has been set up for Khadija. 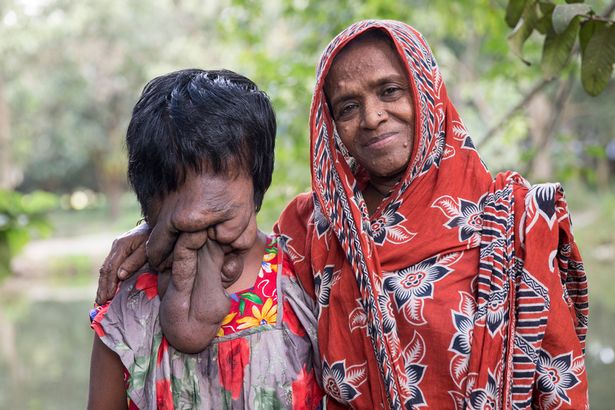 A genetic disorder that disturbs cell growth in the nervous system, neurofibromatosis causes tumours to form anywhere in your nervous system including your brain, spinal cord and nerves. It is usually diagnosed in childhood or early adulthood.