If you’re the type who wants to reduce your carbon footprint, good on you! Naturally it won’t be that easy. You have to start small with just a few appliances powered by the sun. Luckily, that’s not so hard anymore with new tech popping up.

This mini solar panel is an electric socket that sticks directly onto your window. It soaks up the sun’s rays and draws the solar power into an internal battery that can store up to 1000mAh (enough power to charge a mobile phone or small appliance).

The Window Socket is a mini solar panel is an electric socket that sticks directly onto your window. 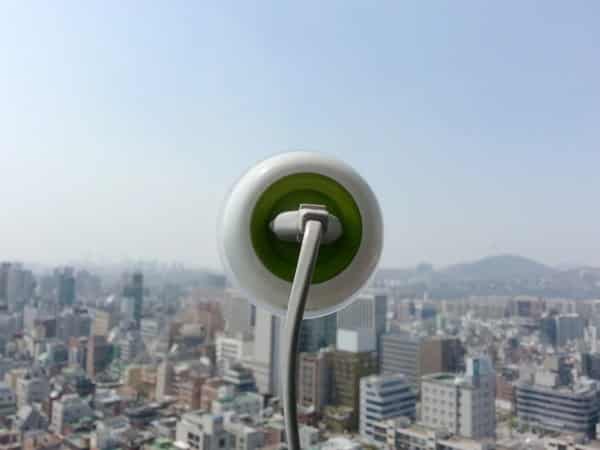 It takes about five to eight hours to fully charge the socket. But once it’s charged, you can use its stored power for up to ten hours! And once you’re done using the device, you can just unplug it and the device will turn itself off.

This is how the Window Socket works: 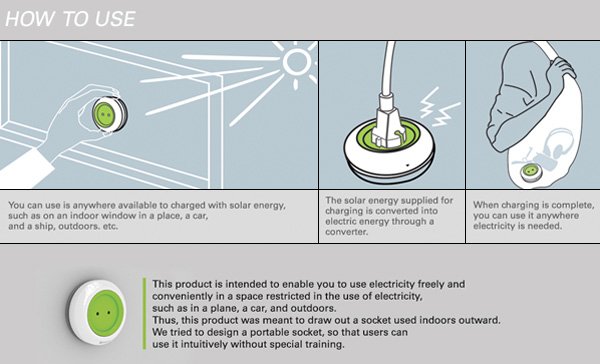 The designers created this simple and easy to use device as their aim was “to design a portable socket, so that users can use it intuitively without special training.”

The Window Socket can be used anywhere with daylight, particularly when there’s restricted use of electricity like the outdoors, on a plane, at the airport, or in a crowded coffee shop. As long as you’ve got sunlight, it’s like you have a power bank with almost unlimited power that you can store well into the evening!

Right now, the Window Socket is still a concept. But since they’re already on the right track, they intend to increase its efficiency, its energy storage, and its charge time in the very near future.