Hippos are considered one of the most dangerous large animals in Africa. They are often avoided and with good reason. In the wild, they are aggressive towards humans, and a hippo will often attack people without any provocation.

With their barrel bodies and wide, tusk-filled mouths, they are known to charge people in boats and on land. In South Africa, hippos are avoided at all costs, except for one… 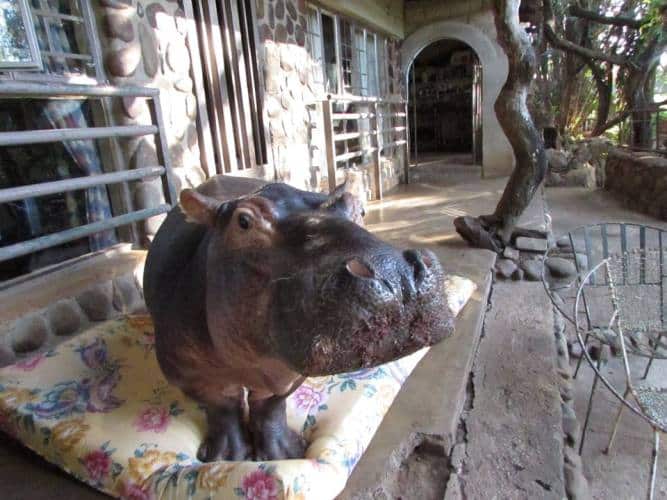 Jessica stands out from all the animals of her kind. She loves humans. Especially the ones who raised her.

Jessica the hippopotamus went through a traumatic childhood when she became separated from her birth mother during a flood.

Swept away with the flood waters in the Limpopo Province, the the large infant was found on a river bank by a couple named Tonie and Shirley Joubert. They took pity on the tired and weak baby and took her home with them.

A newly rescued Jessica the hippo with Tonie and Shirley Joubert. 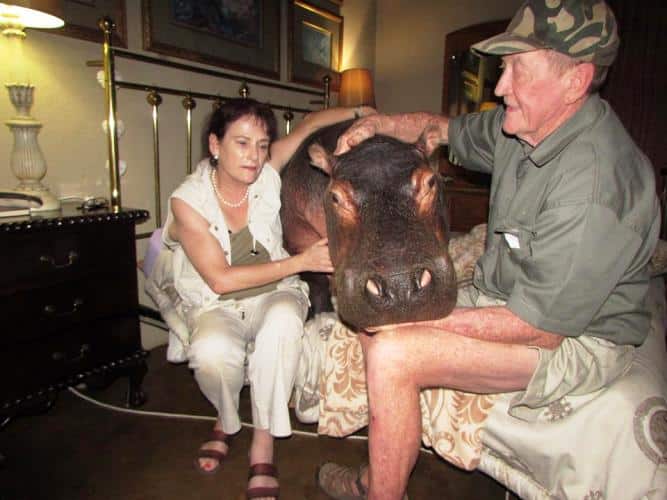 Feeding the calf egg yolk, cream, and cow’s milk, they were able to revive her.

Jessica lives side by side with the Joubert’s dogs, and despite the reputation of her kind, she grew up to be a gentle and kind giant. 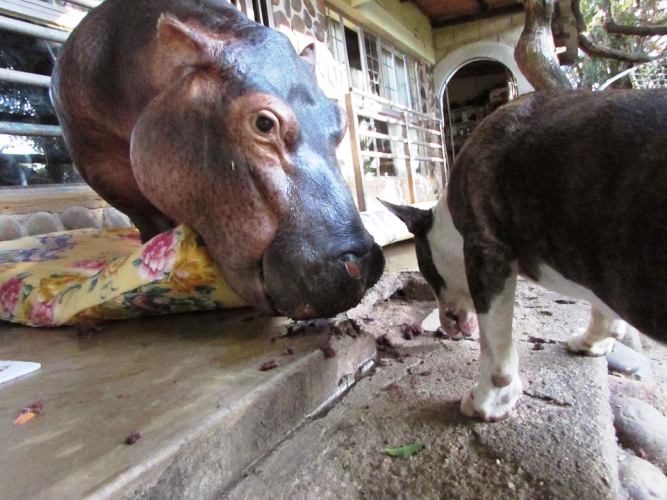 Her reputation as a tame hippo spread far and wide, and she was even cast to star in a movie, “Mr. Bones.” She also appeared on several television programs, including National Geographic and the Discovery Channel.

Now a large 10-year-old adult, Jessica routinely interacts with humans and frequently visits the Jouberts at home. At each visit, she begs for her favorite tea, eats dinner in the kitchen with the family, and even sleeps on the porch with the family dogs.

Tea time with the Jouberts… 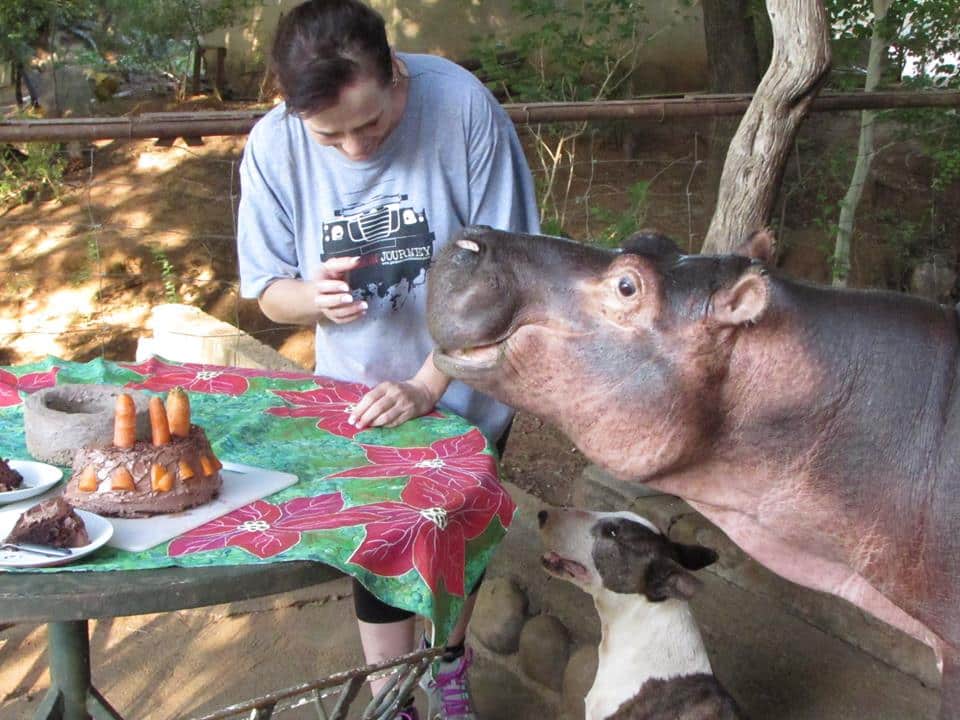 Jessica even has her own fans’ club online, as well as a Facebook page dedicated to her!

Jessica’s inspiring story just goes to show how human kindness can change things…even the most dangerous of animals.