After sparking public outrage when photos of a whale shark slaughtered in China went online, local authorities have arrested two fishermen who were responsible for the crime.

Last week, photos of the whaleshark were uploaded to Beihai local government site via Weibo. It showed the innocent, giant mammal approaching an offshore oil rig. Later on, another set of photos of the whale shark was uploaded, but this time, it was hanging from a crane.

This disgusting sight angered netizens from all over the world, as they see in disbelief how such magnificent and harmless creature was treated in such way.

This whale shark was innocently approaching an offshore oil rig in China. 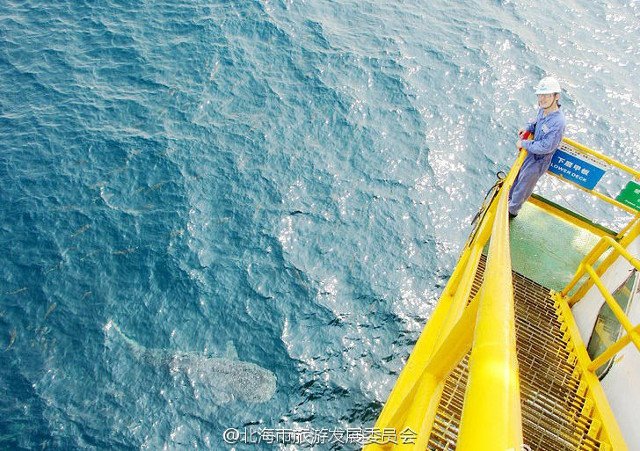 According to reports, oil rig workers considered this whale shark as their “old friend,” who usually visits the area at this particular time of the year. 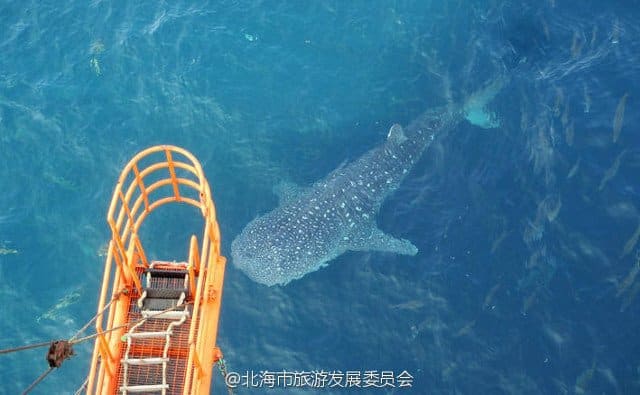 After promising to investigate the matter, southwest China police has taken the suspects—identified only with their surnames as Liao and Huang—in custody. According to Xinhua news, both fishermen will be charged with exploiting an endangered species, which they reportedly killed and have its meat sold for a price of $0.4 per kilogram.

Liao and Huang in their defense told authorities that the whale shark was already dead when they found it, reports stated. However, netizens were able to link that the animal on the first set of photos is the same as the one photographed hanging from a crane.

A few days later after the photos of the whale shark popped up, another set was released, but this time, it was a shocking sight for the public. 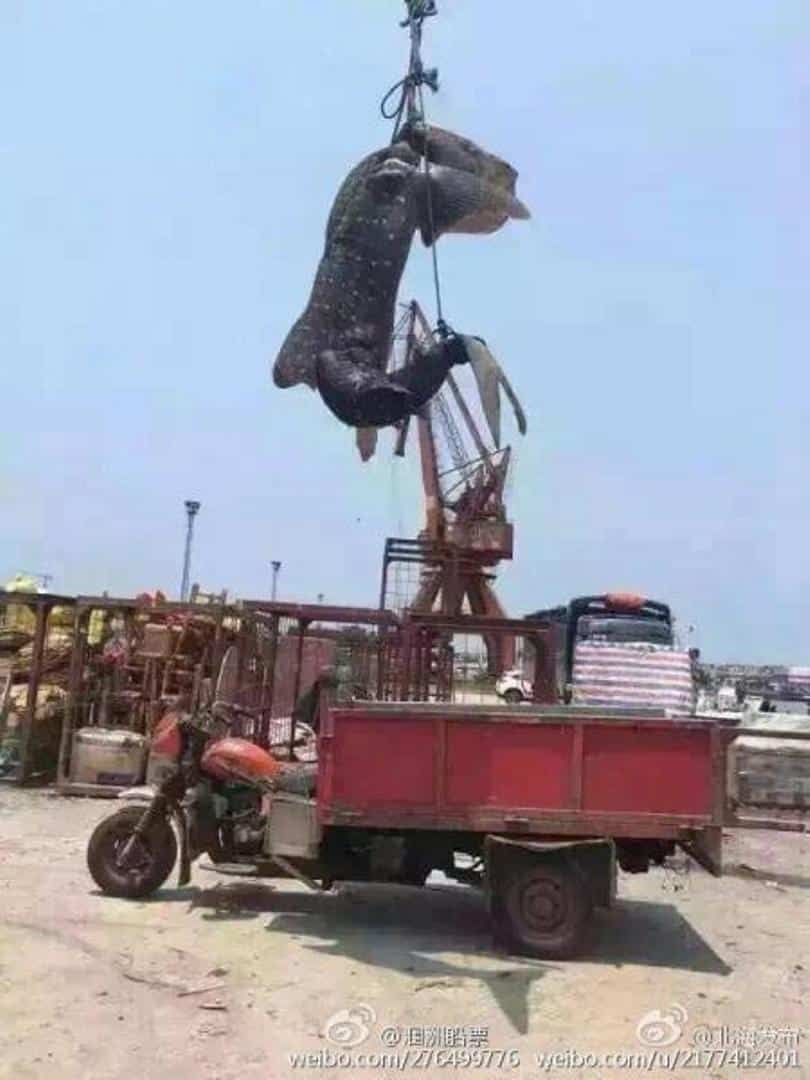 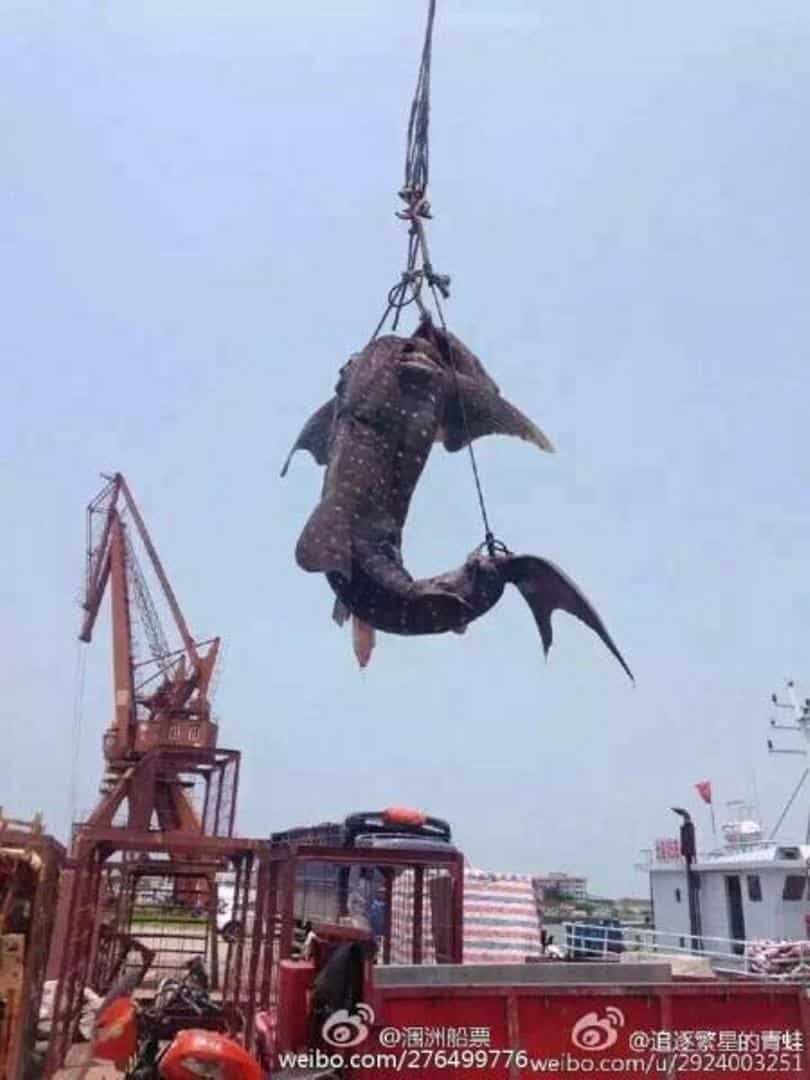 Whale sharks are supposedly harmless, vulnerable creatures protected by both Chinese and international laws. In China, when fishermen mistakenly capture these gentle giants, they should be released immediately. Despite having laws against the capture and hunting of whale sharks, they still somehow end up as victims of fishermen who want to profit from their meat.