It’s important for young girls and boys to enjoy their childhood by exploring, playing, finishing studies and pursuing their dreams.

Having young children get married at a very young age will force them to live an adult life, carrying the heavy responsibilities and commitments in marriage and parenthood which are not yet appropriate for their age.

Marrying at an early age will create confusion and lack of understanding, since maturity is a step by step process which one cannot force a child to view and address things in an adult perspective.

Marriage may not also work for them because of lack of compatibility, usually marriage between children as young as 8 to 17 years old are usually fixed marriage in which these young children don’t maturely understand marriage, love and sex yet.

According to the United Nations Population Fund more than 1.2 billion young girls will be forced into marriage by 2050. It was estimated that there are around 15 million young girls as young as 8 are forced to marry older men; some men are aged 60’s or 70’s.

A social experiment was created to see the reaction of people about marriage between a 12 year old girl and an old man. 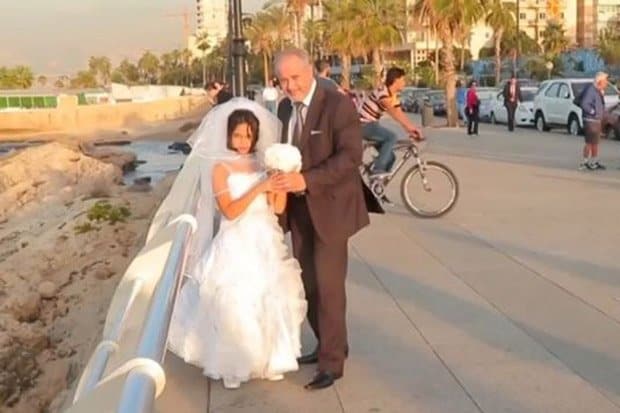 A social experiment was made in Lebanon, where there are parents who allow fix or forced marriage of their children as early as the age of 9. KAFA which means “enough” is campaigning for the end of this kind of incident.

KAFA, is a charity that aims to “create a society that is free of social, economic and legal patriarchal structures that discriminate against women.”

KAFA produced this experiment to promote awareness about child marriage. 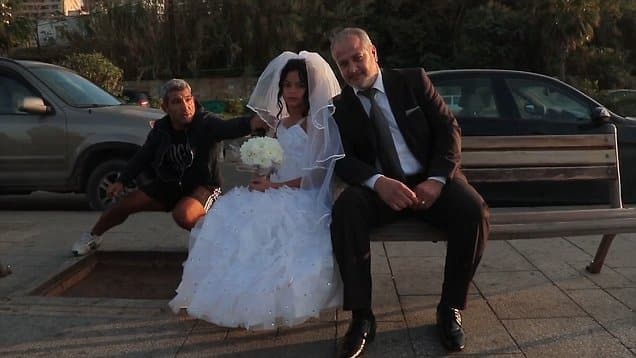 You will see in the video that some people are disturbed upon seeing the old man get married to a 12 year old girl, some got mad about it, some were asking because they were concerned about the little girl, while others were congratulating them but it’s clear in the video that many passersby stared and were distracted about this kind of set up.

Watch How People React to a Middle Aged Man Who Marries a 12 Year Old Girl:

Entering in fixed and forced marriage can be taxing mentally, emotionally and physically for children to handle. Most of the time, young girls who entered fixed marriage weren’t able to finish studies and were tucked in the life they did not choose to begin with.

Marriage at a very young age will affect their innocence, well-being, character, development and personality since they are not yet ready for the great responsibilities as wives and mothers.

What can you say about forced and fixed marriage especially to children? Share us your thoughts!

Don’t forget to SHARE this and spread awareness about child marriage.