As a fitting tribute to the victims of the 9/11 attacks of 2001, the governor of New York, George E. Pataki, asked Secretary of the Navy, Gordon R. Englang, that the Navy give the name “New York” to a surface warship to be used on the war on terrorism. After permission was granted, it was the New Orleans-based business Northrop Grumman Ship Systems who were awarded the contract to build “New York” in 2003.

6.8 tonnes of steel from the World Trade Center was used to construct the warship. The steel was melted down in Amite Foundry and Machine, Louisiana to create the ship’s bough. It is said that the workers treated the steel with “reverence usually accorded to religious relics,” wherein they touched the steel gently as they would pass by. One worker even delayed his 40-year retirement just to be one of the people to create the warship.

6.8 metric tonnes of steel from the World Trade Center were used to build the USS New York. 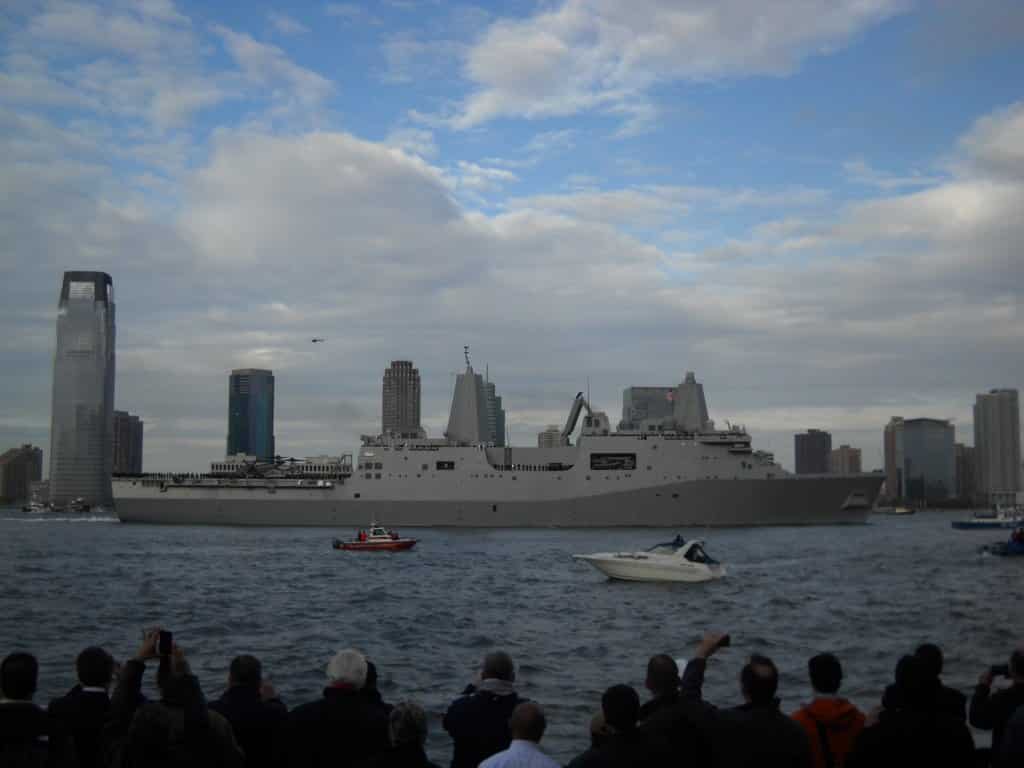 The USS New York is a San Antonio class amphibious transport dock, and it’s the 5th US Navy ship to be named after the state of New York. It has a crew of 360, and can carry up to 700 marines. It was officially launched in December 19, 2007.

The warship was christened on March 1, 2008 at Avondale shipyard, New Orleans. Dotty England, the ship’s sponsor, smashed the tradition bottle of champagne on the ship’s bough. Several dignitaries also attended the christening, including Deputy Defense Secretary Gordon R. England, Louisiana Congressman William J. Jefferson, members of the New York Police and Fire Departments, and members of the victims’ families from 9/11

Dotty England, the ship’s sponsor, smashed the tradition bottle of champagne on the ship’s bough on March 1, 2008, at Avondale shipyard, New Orleans. 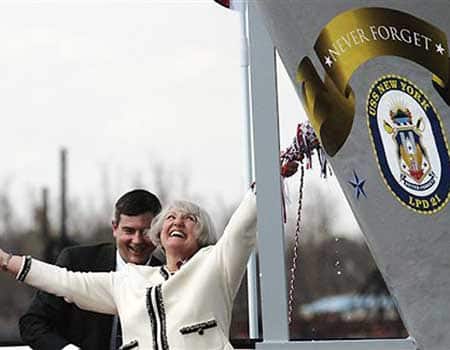 The USS New York was officially delivered to the Navy on August 21, 2009, where it was accepted by Commander F. Curtis Jones, USN. When the ship set sail for Norfolk, Virginia on October 13, 2009, it passed the site of the World Trade Center attacks on November 2, where it gave the site a 21-gun salute.

The USS New York passed the site of the World Trade Center attacks on November 2, where it gave the site a 21-gun salute. 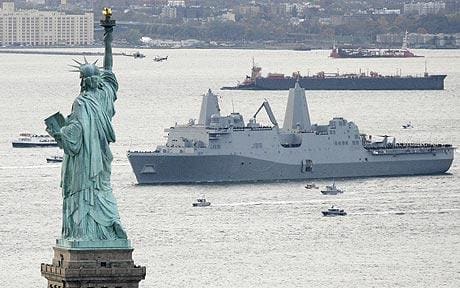