Every new baby’s birth is always a joyous event for the family. However, it is not always the case as not all babies are born healthy. Some babies are even born prematurely. Take for example, Ward Miles, who was born 3 1/2 months premature and weighed only about less than 1.5 pounds. He was so fragile and weak during his first few months but his progress was amazing!

Ward’s first moments were heartbreaking, but he was able to overcome them and is now a healthy, baby boy. It was all captured on video and had gone viral on Social Media. 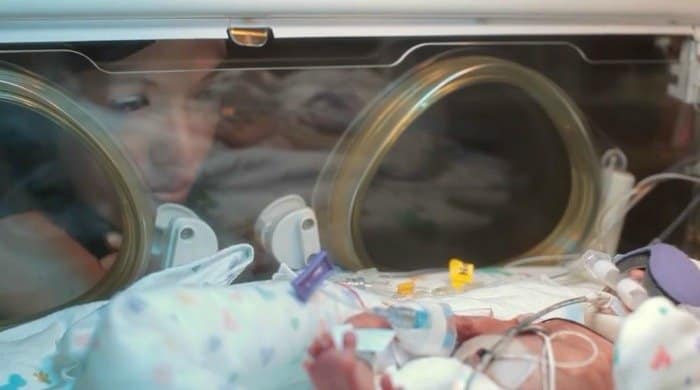 Ward’s father, Benjamin, is a professional photographer and recorded his progress during his first year. He was able to capture Ward’s first moments with his mother Lyndsey, his stay at the Neonatal Intensive Care Unit (NICU), until his parents were able to take him home. It was an amazing journey.

This is a story of a mother’s love for her baby. It sums up my son’s first year. He was born way too early, and the obstacles he had to overcome were really big, but not bigger than our God.

As of this writing, Ward’s video has gained over 18 million views on Youtube, and his dad has posted a recent video of him in August 2015 to update his followers of his continuous progress.