Ordinary people do not always understand the technical procedures that doctors, nurses and members of the medical team do in the clinical area. Although we have some ideas as per watching movies and TV shows, we are often left baffled with the actual ins and outs of their jobs. One particular medical intervention that left a new mom in awe is wrapping her baby in a plastic bag. Bizarre as it may sound, it actually saved the child.

Sharon Grant was 28 weeks pregnant when her doctors told her that her baby has stopped growing. The placenta and umbilical cord has declined in function, causing the baby to be undernourished. Sharon and her baby had a few more weeks to go, but the baby can’t stay in that situation for long. With this, Sharon was put on an emergency Cesarean section delivery.

When the baby was born, she was so small, she could fit into an adult’s palm. She only weighed 1.1 lbs thus Sharon and her husband Edward named her Pixie. Although she was so tiny, Pixie was successfully delivered. However, her body temperature was not yet stable and kept on dropping. 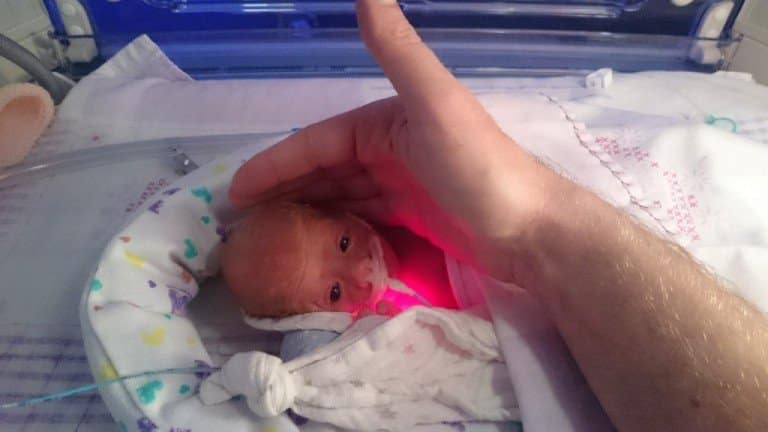 The medical team knew it was a critical situation and that they need to warm Pixie fast. What the staff did next stunned Sharon.

They put a cap over Pixie’s head and wrapped her in a plastic bag before transporting her to the intensive care unit.

“It was so random that they had her in the Tesco [grocery chain] bag – it must have just been what the operating theatre had at the time,” said Sharon. “The bag acted like a greenhouse, bless her.”

Pixie wrapped in a plastic bag.

Pixie was saved but for the first 18 days of her life, her parents could not hold her because she had to stay in the incubator.

Pixie being cared for in the hospital. 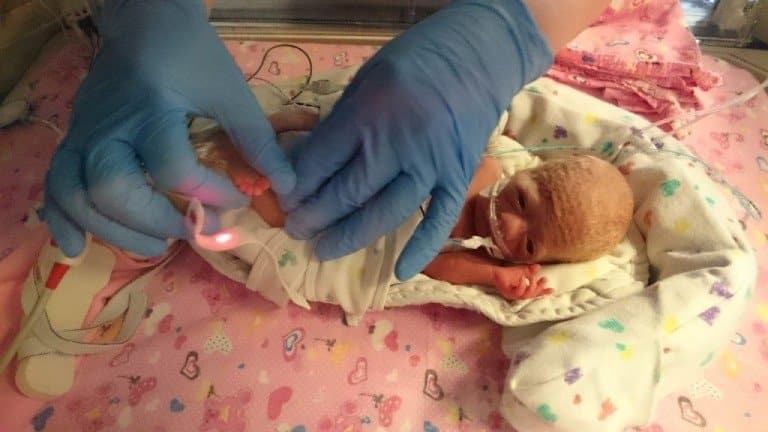 Pixie with her feeding tube in place. 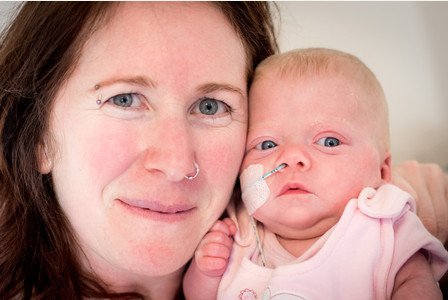 Five months after the delivery, Pixie reached the 7.5 lb weight mark. Although she is smaller than kids her age (her weight is typically observed in two-month old babies), Sharon believes her little angel will eventually get better as she grows.

Here is Pixie now, now plumper and getting bigger! 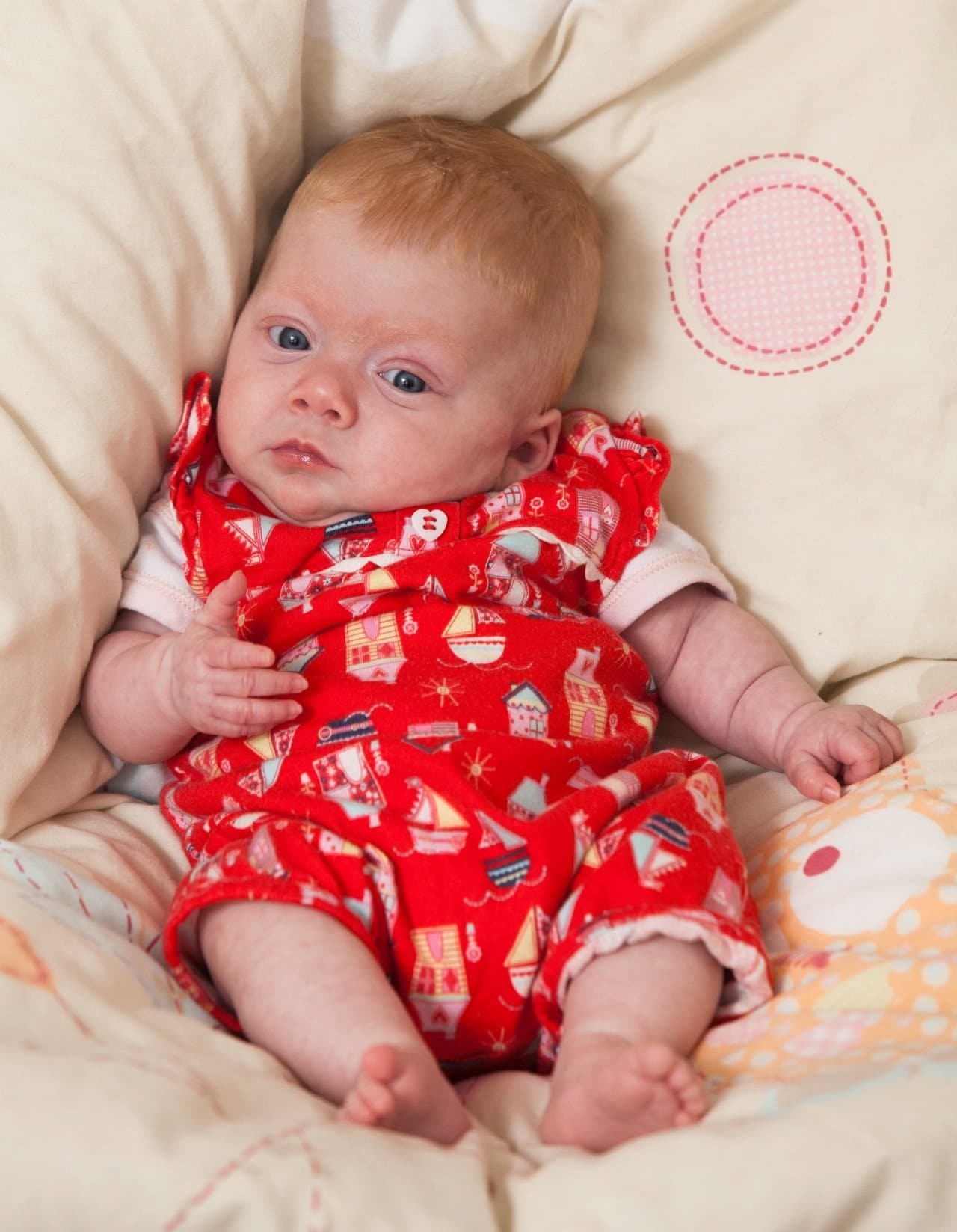 Nothing beats being able to hold your daughter and actually care for her. 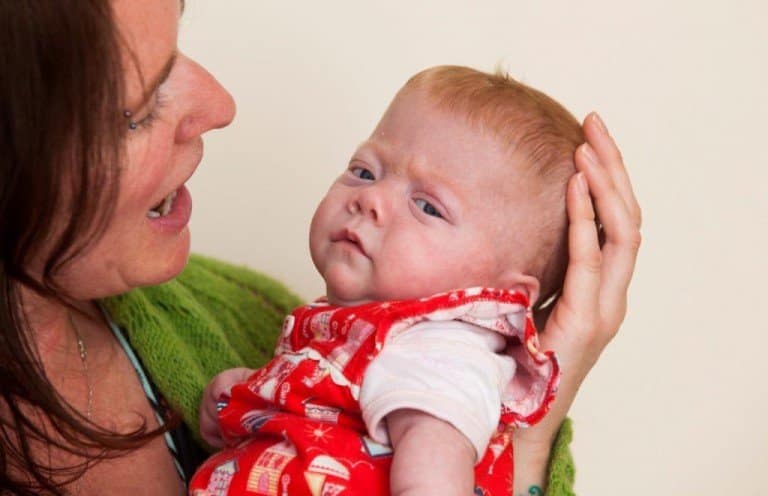 Sharon must be very happy for she is able to do that now.

Pixie can also breath on her own now. She does not need the help of oxygen anymore. Her parents just need to make sure that she will not be exposed to other kids or to sick people, or she might need oxygen again for breathing.