The coronavirus that originated from the city of Wuhan in China is spreading across the world in an alarming rate. The disease was reported to have borne in a public market that sold dead exotic animals. 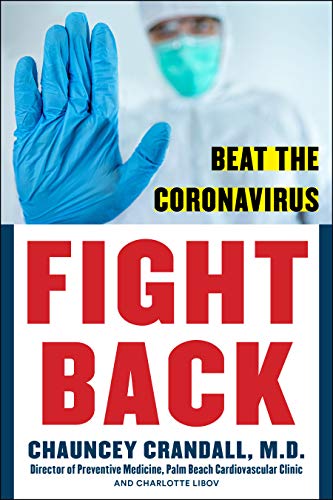 The Chinese eat them regularly, just like other people would eat cows, pigs, and chickens. Photos of Chinese people eating bats and other such animals have surfaced online.

Bats are used to make soups and commonly served in Wuhan. It was speculated that bats were the source of the virus.

Now more evidence of the Chinese seemingly “barbaric” taste in cuisine are spreading around, including these videos of individuals eating a live frog, mice, and what looked like tadpoles swimming around a bowl.

A man in a supermarket takes a live frog and takes a huge bite from it.

A man dips a live mice into a sauce while enjoying what looks like a glass of wine.

A child is being fed live tadpoles swimming around a bowl of water.

As expected, people from all over the world were disgusted by the videos. Eating frogs, mice, and tadpoles is not an ordinary thing in most countries and actually eating them alive takes it into a more horrifying level.

Currently, more than 100 people have already died (all in China) because of the virus. The number of infected people are steadily increasingly and even reaching as far as Europe and the U.S. Countries are now closing their ports and regulating the issuance of visas to people coming from China.

Yet another shocking news: South Korean customs officials confiscated thousands of pills containing powdered human fetuses, which allegedly came from China. Since August 2011, South Korean officials have seized approximately 17,000 of these repulsive capsules from 35 smuggling attempts. Test results revealed that the so-called medicines were made up of 99.7% human tissues! The genders of the fetuses were also identified because of the test.

Those who have been detained for smuggling the pills claim that they are unaware of its components and how they are manufactured. Customs officials said, ” The capsules were all confiscated, but no one has been punished because the amount was deemed small and they were not intended for sale.”

The pills are believed to be manufactured in Jilin region, which is proximal to North Korea.

Is it safe to eat street foods in China?

Aside from seeing magnificent places and attractions, part of the thrill of being a tourist is trying out exotic food and specialty cuisines in your chosen destination – particularly if you are someone with adventurous taste buds.

However, you might want to be a little more careful about how you pick your food sellers – especially with the previous food scandal that have struck the country.

Bat soup is a known delicacy in the city of Wuhan.

The coronavirus from China has now caused the world panic. It has already reached as far as the United States. Now new findings revealed that the disease could have come from the wild animals being sold in markets in Wuhan, the ground zero of the coronavirus.

Researchers discovered that the protein codes found in the virus are just like the ones found in snakes. Now the snakes are known to hunt for bats in the wild, which could have infected the former.

A market in Wuhan reportedly sells wildlife illegally and the meat is used in local cuisine.

According to Gao Fu, the director general of China’s Center for Disease Control and Prevention, the latest virus is 70% similar to SARS (Severe Acute Respiratory Syndrome) virus.

Fetuses lined up like fish in the market found in a noodle soup restaurant in China.

A new photo featuring dead fetuses being sold in China has circulated in the social media once again. Although information about the exact circumstances behind the photo were limited, police allegedly found this in a noodle soup restaurant in China. The person who uploaded the photo said the fetuses were lined up and being sold like fish. You can notice three people in the background who are probably the vendors of the fetuses.

Netizens have expressed their disgust over the photo and shared some very strong words of aversion towards this practice. As this new photo appears to be totally different from the ones posted a few years back, it is shocking to know that this still continues to happen.

Dead fetuses lined up like fish in the market.

The public speculates that these fetuses were aborted so that their mothers can escape the sanctions of China’s one-child policy. The said policy dictates that families should only have one child, unless if the first born is a girl. According to the US State Department, Parliament of the United Kingdom, and the human rights organization Amnesty International, China’s family planning schemes may contribute to infanticide, or infant homicide, which pertains to the “intentional killing of children under the age of 12 months.”